Some significant but little-known images taken by a Jewish photographer in Shanghai between the 1920s and 1950s have been returned to the city.

Sam Sanzetti was one of the well-known photographers in China and owned four studios, including a flagship studio on Nanjing Road.

During his stay here, he clicked over 20,000 portraits. His photos captured the spirit of the city in an age of turbulence. He moved to Israel in 1957.

Hundreds of other portraits of people from all walks of life were discovered after his death in 1986. His stepson, who lives in Israel, sent the photos back to Shanghai.

Yesterday, the Israeli consulate donated the photos along with some archive material about Sanzetti to the Shanghai Jewish Refugees Museum.

"I'm very happy and excited to donate the collection to Shanghai and the museum, so it can be viewed by all the visitors and guests coming to the city in the years ahead," said Edward Shapira, consul general of Israel in Shanghai.

He said the photographer was one of the examples of the roles the Jewish community played in Shanghai during that time. 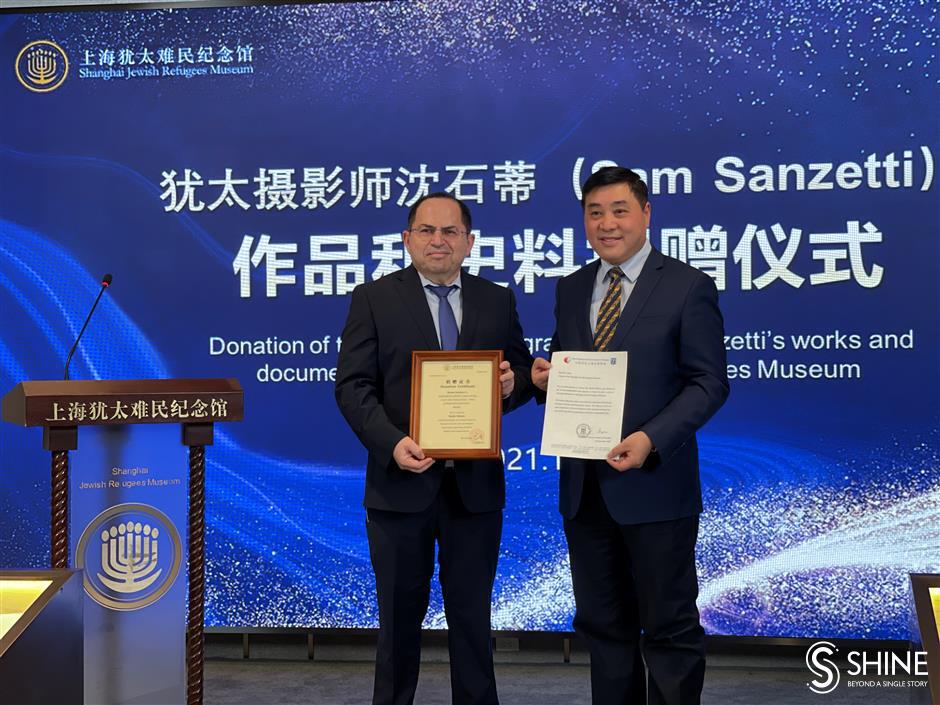 Edward Shapira, consul general of Israel in Shanghai, donates the collection and archives of Jewish photographer Sam Sanzetti, to Chen Jian, the curator of the Shanghai Jewish Refugees Museum.

Sanzetti, whose real name was Sioma Lifshitz, was born in 1902. He moved to China's northeast Harbin city with his parents in 1915 and picked up fluent Chinese. The family moved to Shanghai in the 1920s.

Sanzetti created his own style and earned fame for his ability to capture priceless expression, the usage of light, and photo coloring technique.

Local citizens and expats, from ordinary people to celebrities, film stars and diplomats, all came to his studio to capture important moments in their life.

Sanzetti was known to chat with customers and tried different angles to catch the most natural moment. He also took the opportunity to talk with people in the city. He married a Chinese woman named Nancy.

In an interview with an Israeli newspaper, Sanzetti said the most beautiful things in his life happened in Shanghai, a special, dynamic and colorful city.

"Whenever I thought of Shanghai, I can see her color and rich smell," Sanzetti said.

The photos recorded the attitude of local people during the war and turbulence. They pulled themselves together in the troubled times to take photos in his studios, according to the museum.

The Israeli consulate launched a campaign in 2011 to find the people or their children seen in the photos. They published the pictures on its Weibo microblog. The online campaign was well-received, and one particular photo of a young woman was retweeted more than 1,000 times within three hours. 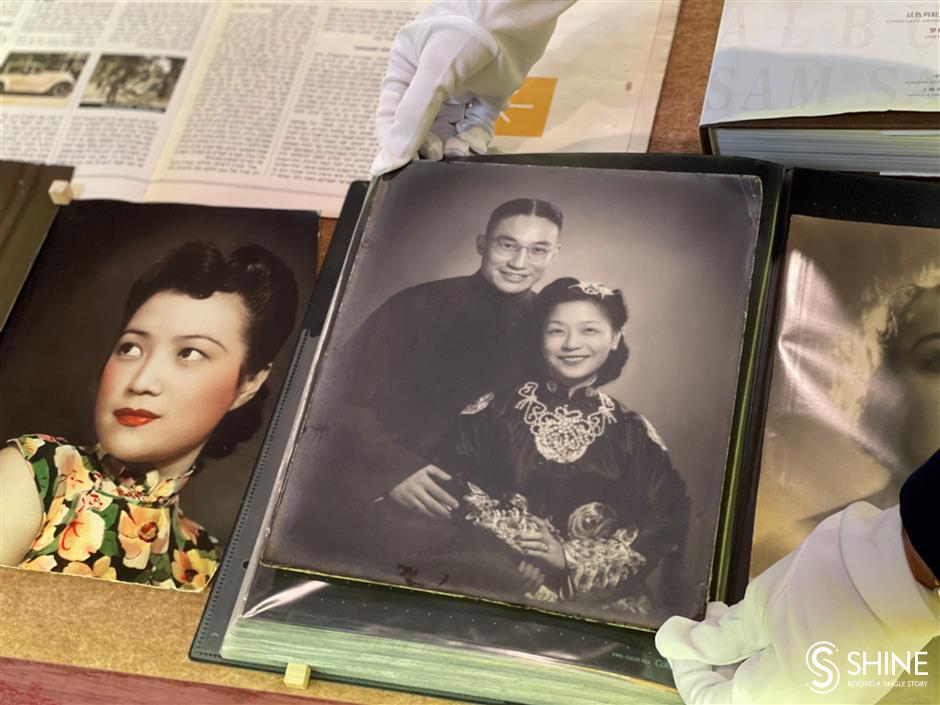 The photos, both monochrome and color, feature people of all ages, including young couples, suited businessmen and mothers with children. Over 10 people were later traced through the campaign and the photos were presented to them.

Hong Luoxia, now in her 80s, clearly remembers the day. She said as a 17-year-old she was excited at receiving her first ballet costume, and went to the studio to have the picture taken by Sanzetti.

"I was a high school student dressed in my first ballet costume. I was walking past the studio, and decided to capture this beautiful moment," Hong said.

Hong said she remembers that Sanzetti could speak fluent Chinese and took time to photograph her in different poses.

"It was a classic studio, different from other photo studios in Shanghai. The price was also slightly higher than others."

Raymond Lum, now 80, recognized his photo taken on his fifth birthday by Sanzetti in 1947.

"I can still remember the day when my grandma knitted a sweater for me and took me to the studio," said the Chinese-American Lum, who flew to Shanghai from San Francisco to see the photo in 2011. 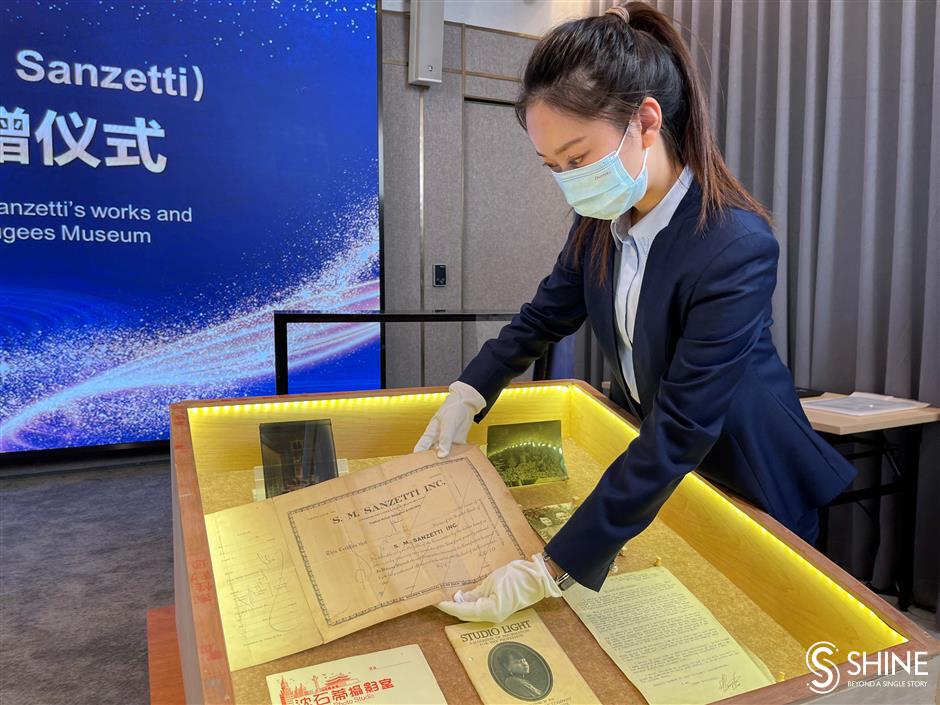 A staff member of the museum displays a business certificate of the studios owned by Jewish photographer Sam Sanzetti in Shanghai between 1920s and 1950s.