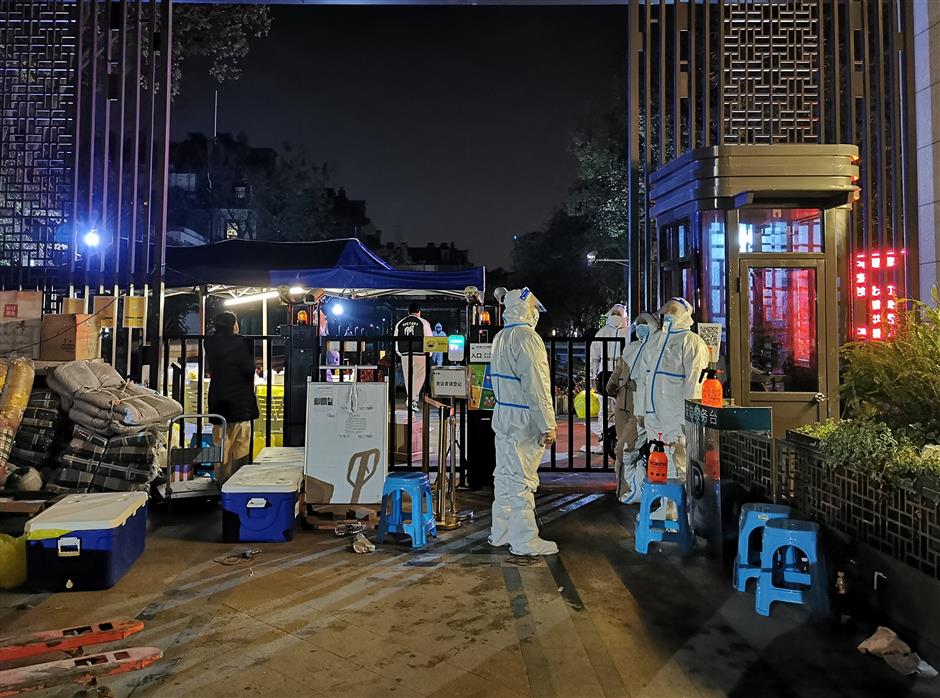 "The moment I saw my granddaughter, I was finally at ease," said 69-year-old Shen Yonglong, a resident under lockdown in Qingpu District.

The Xijiao Jinlu complex at 189 Yewen Road in suburban Shanghai, which was locked down and listed medium-risk on Thursday, is only several hundred meters from the Qingpu Campus of Shanghai United International School and there are also several kindergartens nearby.

The sudden lockdown led to high levels of anxiety among parents and grandparents as for how to get their children back from school.

It created a buzz on the WeChat group of property owners on Thursday morning.

"We have just taken our children to school, and who will pick them up now?" parents and grandparents said.

Some even stood anxiously outside their home, waiting for their children. Shen was among them.

"I sent my fourth-grade granddaughter to the Qingpu Campus of Shanghai United International School in early morning, and I was worried," he told Shanghai Daily. "It was an unexpected situation."

But an efficiently planned response eased their worries.

A contingency plan was launched immediately, said Sheng Yi, Party secretary of Jiahuang residential community of Zhaoxiang Town where the complex is located.

"Don't worry, we will bring the kids back," officials of Zhaoxiang Town told residents in an effort to calm them down.

"For those who could not find others to pick up their children, we asked them to send us contact details, and then we organized officials, volunteers and police to bring them back," said Sheng. 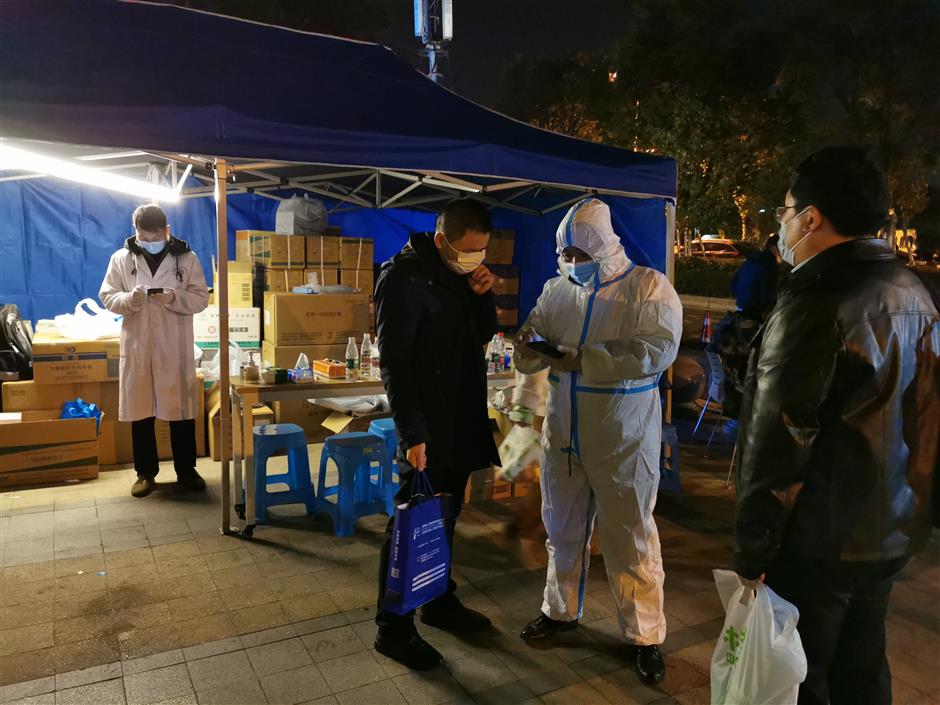 Nucleic acid tests underway at the complex on Thursday night

Two buses were arranged and 30-plus children were sent safely back to their parents in the afternoon.

Shen saw his granddaughter around 3pm.

"She is safe and sound, and the community workers were very efficient in response," he said.

"It was not an easy job because these kids are scattered in different places, and we all feel warm and moved by their work," he added.

It was an epitome of the complex's smooth and orderly pandemic control and prevention work.

Three nucleic acid test spots were set up at the complex within three hours of the lockdown and medical workers visited three seniors aged over 90 to provide services at their homes.

Spare rooms were arranged for non-residents, such as construction workers and domestic helpers, to settle them down quickly.

Two vehicles were arranged exclusively for the delivery of daily necessities to the residents.

A team of 150 volunteers, including Shen, was established, to take charge of goods delivery, cleaning and maintenance.

"We and the residents are working together to ensure the safety of the complex," said Party secretary Sheng.

"All residents are cooperative and we feel warm and safe," said Xunan Gezi, a resident of the complex.