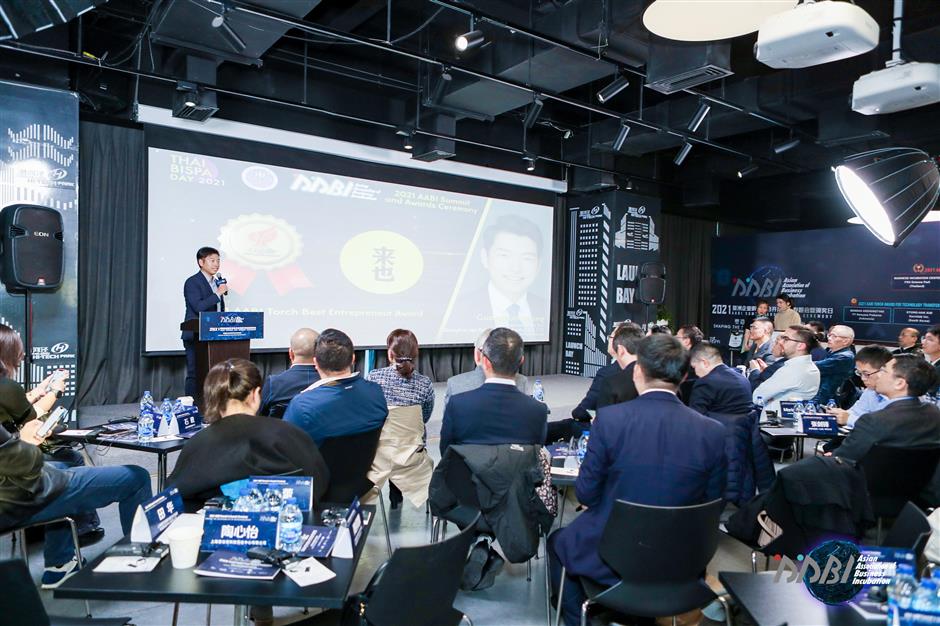 The 2021 AABI Summit and Awards Ceremony opens in Shanghai.

An award dedicated to vibrant innovation in the Asia-Pacific region has been unveiled in Shanghai.

The 2021 AABI Summit and Awards Ceremony, held at the Shanghai Business Park, presented a series of prizes to enterprises and entrepreneurs from China, India, Indonesia, Malaysia, Thailand and South Korea.

Among them, the Suzhou Torch Innovation and Entrepreneurship Development Management Co. was honored as the business developer of the year. Since 2005, it has operated more than 30 technology businesses in China, building up an integrated developmental system.

This year's winners were mainly from recent emerging industries, such as artificial intelligence, medical devices, agricultural technology, environmental protection and new materials, said An Lei, official of the Torch High Technology Industry Development Center under the Ministry of Science and Technology of China.

He hoped to see more interactions among the winning entrepreneurs and local businesses from different countries and regions.

As the annual flagship event of AABI, it is not only an intensive summary of what AABI has achieved in the past year but also an in-depth discussion on how to continuously collaborate among AABI members.

Phillip Kemp, AABI president, said: "I think business incubation has played an important role in assisting regions to continue to be economically prosperous, and in working with companies, finding new solutions and new ways of doing business, as we overcome the challenges and impact of COVID-19 on our people and on our economies."