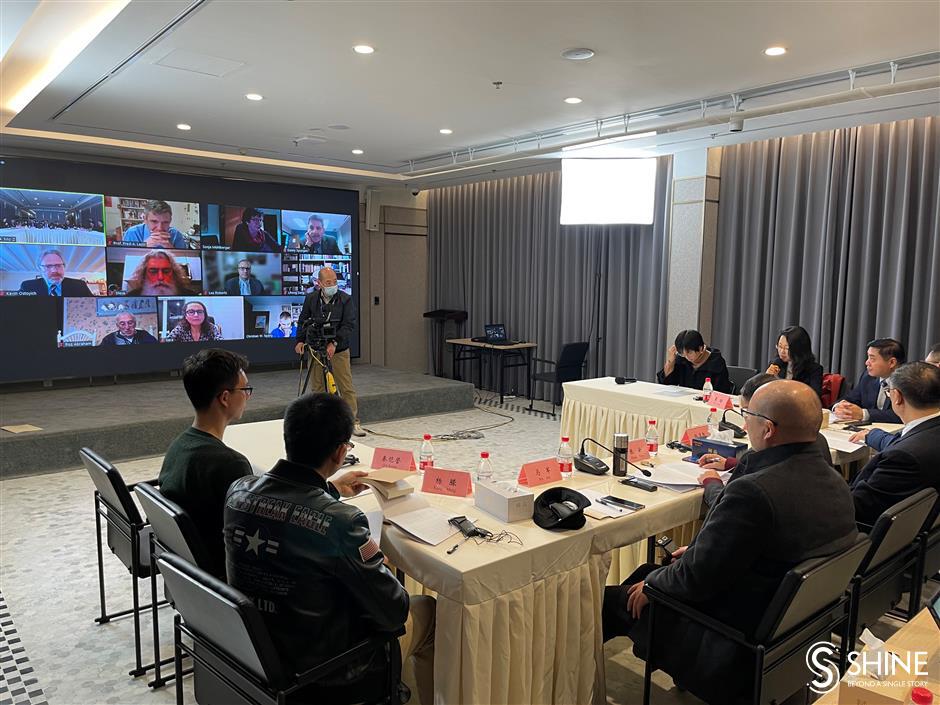 An international symposium on "The outbreak of the Pacific War and the Jewish refugees in Shanghai" is held at the Shanghai Jewish Refugees Museum on Tuesday.

The research on Jewish refugees in Shanghai should continue, with additional movie and cartoon products created for the young generation, a senior scholar told a symposium in Shanghai on Tuesday.

The great and ordinary stories should be told repeatedly and reviewed in more academic research papers or publications, said Yang Jiemian, president of the International Advisory Board for the Shanghai Jewish Refugees Museum.

"The younger generation must remember the history and prevent a recurrence of the historical tragedy," said Yang, who is also former director of the Shanghai Institute for International Studies.

About 20,000 Jewish people from Europe fled to Shanghai and other Chinese cities between 1933 and 1941 to escape Nazi persecution during World War II.

Nearly 20 researchers from both home and abroad attended the international symposium on "The outbreak of the Pacific War and the Jewish refugees in Shanghai" at the museum on Tuesday morning through video conference.

They shared their latest research on the historical period around the outbreak of the Pacific War in December 1941, when Japanese intruders took over Shanghai's foreign concessions and relocated the Jewish residents to a Designated Area in Hongkou District. 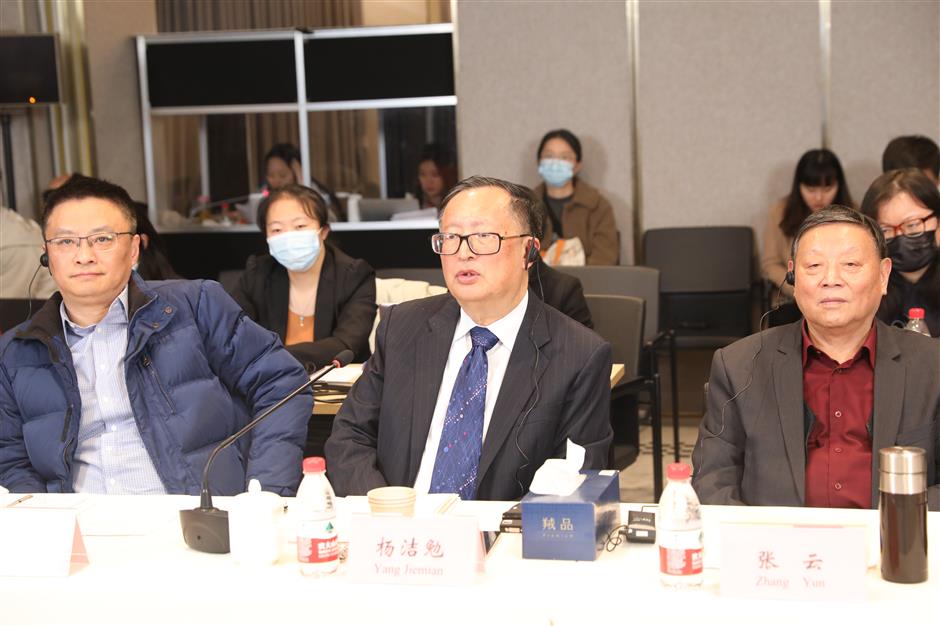 Yang Jiemian (center), president of the International Advisory Board for the Shanghai Jewish Refugees Museum, speaks at the symposium.

"The Jewish people lived among the Chinese for many years and survived under Japanese occupation. Such experience offered them unique memories of the war and contradictory feelings on the relationship among Jews, Chinese, Japanese and other groups," said Xia Yun, a Shanghai University professor.

Kevin Ostoyich, a professor from Valparaiso University in the United States, said researchers should also focus on the period after World War II when many Jewish people remained in Shanghai and played active roles in the city's development.

The International Advisory Board for the museum was established in Hongkou District in 2019. More than 20 members, including historians and descendants of the refugees, were appointed to the board.

They offer support on academic research, operation and international communication of the museum as well as help in gathering resources to boost the museum's influence.

The museum, which reopened to the public on December 8, 2020, on the North Bund after a three-year renovation, has more than quadrupled its size to 4,000 square meters to create more space for items to be exhibited after donations, mainly from former Jewish residents, surged to about 1,000 items.

Chen Jian, the museum curator, said it has received nearly 80,000 visitors since its reopening, despite the COVID-19 pandemic. 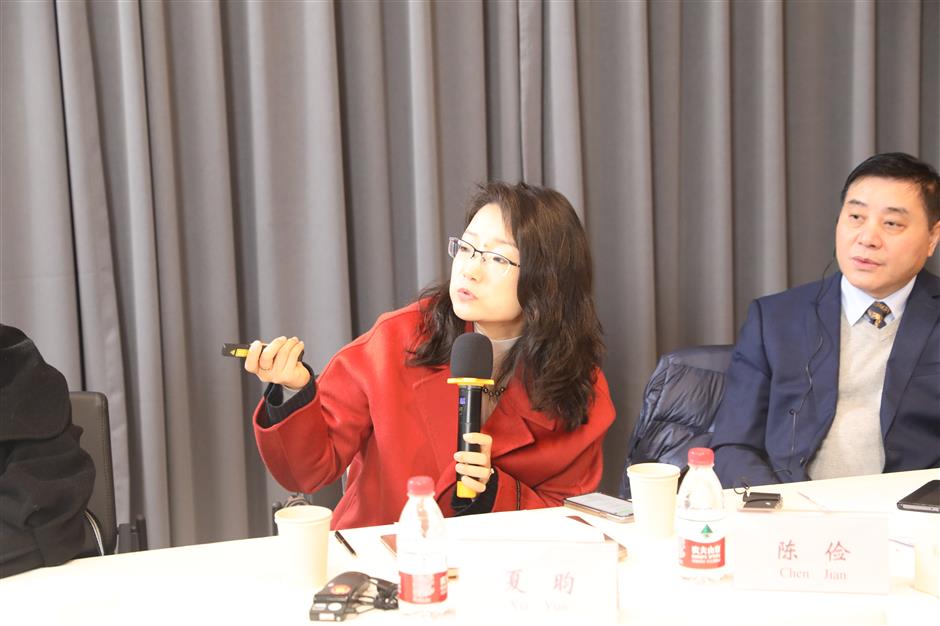