Chinese medical treatments are well-represented among the city's top scientific achievements, according to an awards ceremony held on Wednesday.

China has a high incidence of esophageal cancer, with about 50 percent of the world's total cases, but treatments were developed based on research in Western countries. Dr Zhao Kuaile from Shanghai Cancer Center found them to be medically unsound.

He led his team in drawing the gene mapping of Chinese patients and discover several new radiation resistance genes. Combining these discoveries with international standards, he developed precision radiation therapy for Chinese patients.

Dr Shao Zhimin from the center has also been dedicating his time to treating Chinese patients.

In China, nearly 2.5 million people suffer from breast cancer, making it a very common female cancer, and on average, patients' five-year survival rate is lower than 80%.

But at the Shanghai Cancer Center, it has reached 93.6 percent, and the 10-year survival rate is 82.6 percent, which are in line with those of developed countries, thanks to Shao's contribution.

He led his team in drawing the gene mapping of Chinese patients and developing precise treatments. Next week, he will share his achievements at the San Antonio Breast Cancer Symposium, the largest and most influential conference of its kind, becoming the first from the Chinese mainland to attend the event over 44 years. 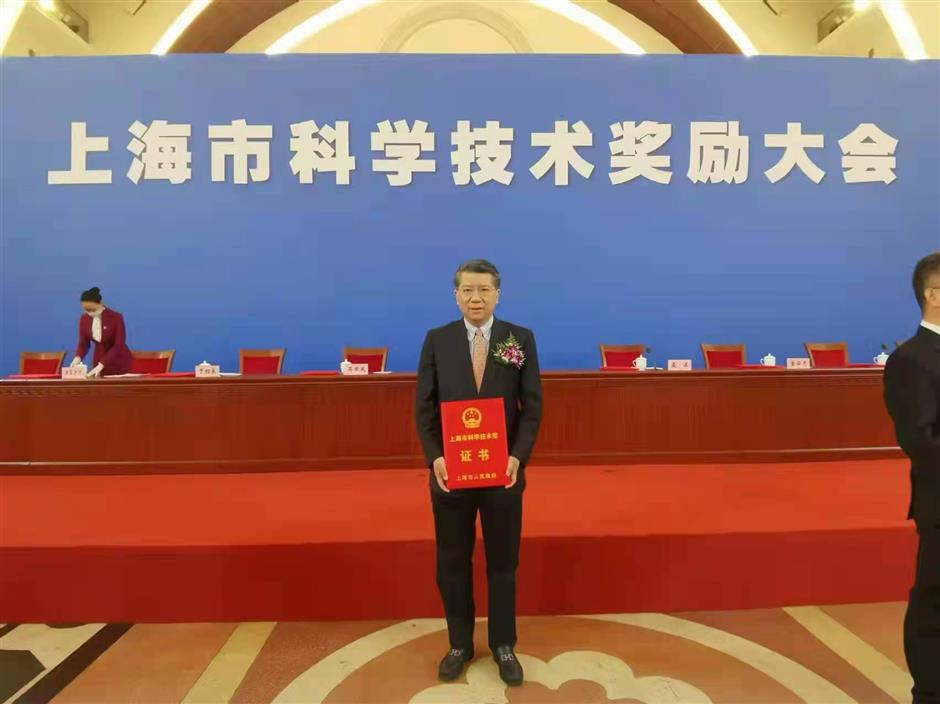 The awards also highlighted contributions to the fight against COVID-19.

Anti-virus luminary Zhang Wenhong was awarded for pioneering research on coronavirus treatment thanks to a consensus from cooperation in the anti-virus fight.

In another award-winning project, researchers from Shanghai's Ruijin Hospital and Wuhan's Jinyintan Hospital, which stood at the forefront of the anti-virus fight, created a pulmonary infection guide based on numerous local cases.

The guide illustrates the clinical features of the coronavirus-related pneumonia, identifies key factors in the early stages of severe cases, and highlights the medicine glucocorticoid as an effective treatment for patients.

This year's awards highlighted excellence in fundamental research in fields such as life science, new materials and information science, which, to some extent, aligns with the city's core industries.

Ge Junbo, one of China's leading cardiologists, received the top individual prize for years of work on pioneering treatments for major cardiovascular diseases.