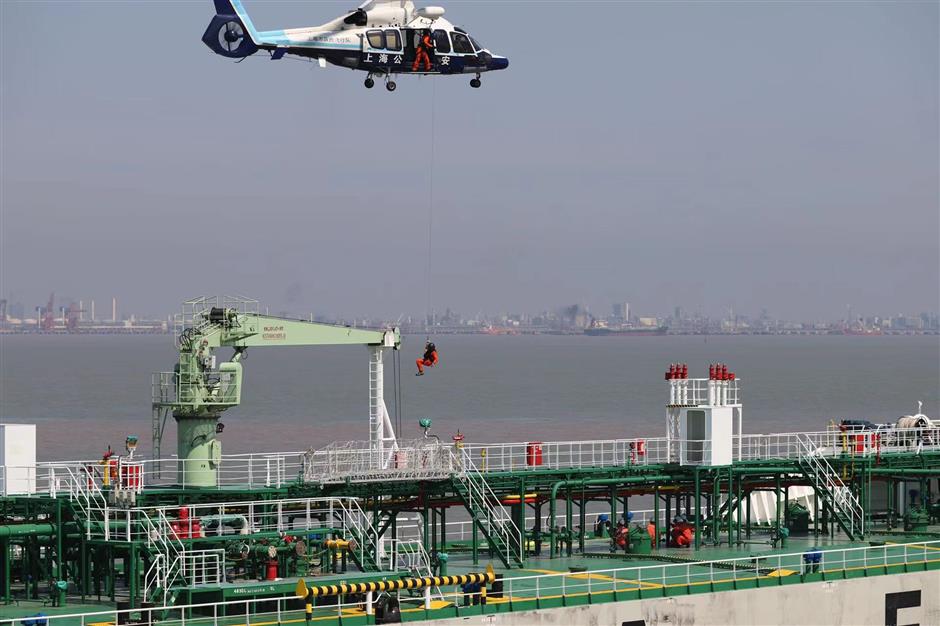 A helicopter performs a rescue mission.

The first one was set up on the island district of Chongming.

The center, designated as an information-relocation platform, will deal with all accidents that happen in offshore areas. It is like an "offshore-119" information-receiving center, according to authorities.

If accidents or life-threatening incidents happen in water areas the center will first receive the distress call. It will then will assign the rescue task to corresponding departments.

Its supervising area covers the water areas in Jinshan to the north of Hangzhou Bay and the waters along the Shanghai Chemical Industrial Park.

A total of 22 local departments, including maritime, public security, fishery as well as fire-fighting authorities, were involved in the setting up of the center.

As many international chemical companies such as BASF, BAYER and SECCO are based in Jinshan's SCIP, the district's coastal area has seen a surge in shipping trade while also witnessing the arrival of dangerous goods ships and cargo vessels in large numbers.

In addition, the wading cultural, tourism and sports activities have become more frequent, officials pointed out.