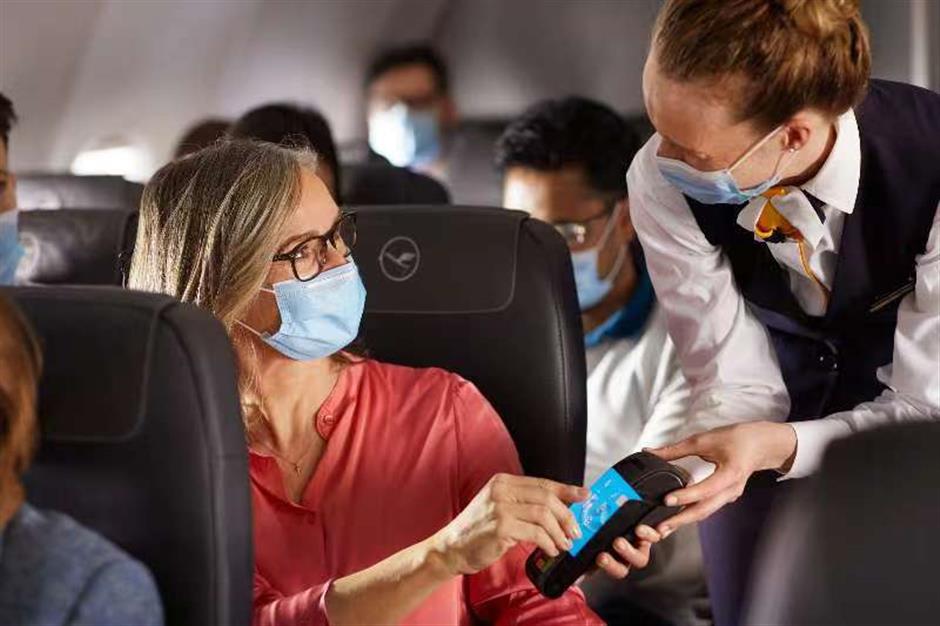 Facial masks are mandatory for passengers on China-Europe flights, while onboard services have been minimized.

Major European airlines in the Lufthansa Group have enhanced their COVID-19 protection measures on over a dozen weekly flights between China and Europe during the popular winter flying period.

The group's premium carriers, Lufthansa German Airlines, Swiss International Airlines and Austrian Airlines, are operating six flights from the Chinese mainland, including four in Shanghai, and 11 from Hong Kong to Europe every week.

The carriers have also enhanced health information checks on passengers who are required to wear facial masks from boarding until leaving the aircraft.

The boarding and deboarding of passengers have been staggered to ensure social distancing. Onboard services have been minimized, while strict cabin cleaning standards are applied, said Chen.

All Lufthansa Group aircraft are equipped with HEPA filters that are used in hospital operating rooms. The system continuously cleans cabin air and filters impurities such as dust, bacteria and viruses.

Furthermore, the "Centogene" COVID-19 testing facilities at Frankfurt Airport, Lufthansa's largest hub, have been examined and approved by Chinese authorities to offer quick tests to travelers before flights to China.

"The group will respond swiftly with emergency plans amid the recent surge in cases globally of the Omicron variant," she added. 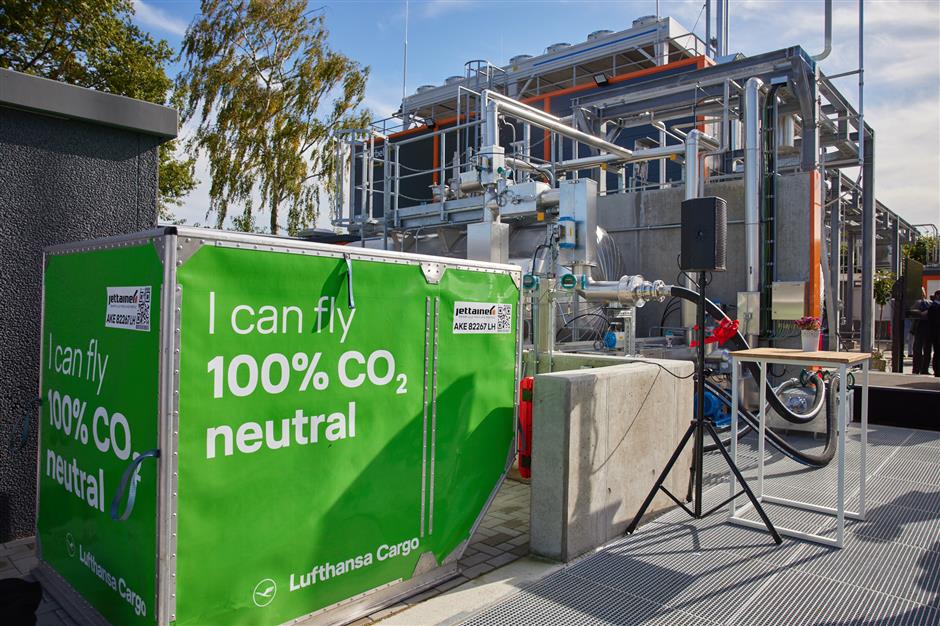 Sustainable air fuel is used by aircraft of the Lufthansa Cargo.

Such charter services have been planned for the 2022 Beijing Winter Olympics, Chen said.

Swiss International Airlines will operate three weekly charter flights in the period from December 2021 to February 2022 between Beijing and Zurich to send European athletes, coaches and teams to participate to the games.

The flights will be operated by Boeing 777-300ER aircraft with 340 seats. Lufthansa and Austrian Airlines will open additional charter services to deliver athletes to Beijing.

People's desire to travel and the easing of pandemic-related travel restrictions have led to a strong increase in demand for air travel during the summer months, said Chen, adding business travel has also recovered significantly.

The group returned to profit in the third quarter and is generating positive cash flows again for the first time since the beginning of the pandemic last year.

With the profits, the group has announced ambitious CO2 reduction plans to cut carbon emissions by half in 2030 compared to those of 2019. It aims to achieve carbon neutrality among its fleet by 2050.

To achieve the target, Lufthansa has invested in the first industrially produced carbon-neutral, electricity-based kerosene made in Germany. The group plans to purchase at least 25,000 liters of the Power to Liquid fuel for at least five years.

Last December, the world's first CO2-neutral freighter was operated by Lufthansa Cargo from Frankfurt in Germany to Shanghai's Pudong International Airport. Sustainable aviation fuel was used for the Boeing 777F cargo aircraft on both legs of the flight.

China has announced that it will strive to bring its carbon emissions to a peak before 2030 and become carbon neutral before 2060.