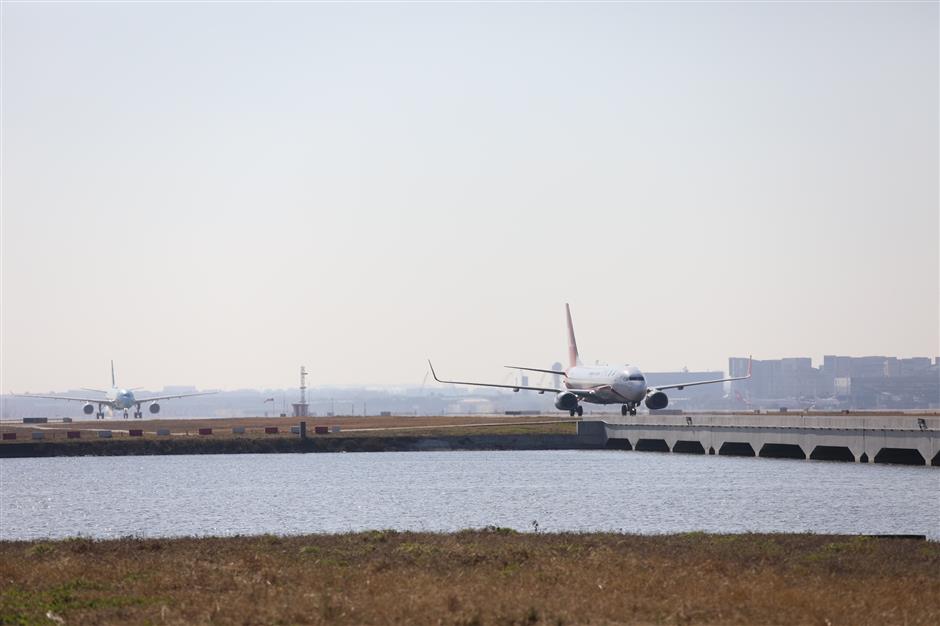 One of the main causes of flight delays is often made by landing aircraft taxiing across runways on the airfield, but this will no longer be a problem at Shanghai's Hongqiao airport.

China's first taxiway system for just landed aircraft to detour around runways was officially launched at Shanghai Hongqiao International Airport on Thursday, a pilot scheme hoped to be promoted nationwide.

The two U-shaped taxiways on the north and south sides of the two runways at Hongqiao airport are expected to effectively shorten aircraft waiting times before takeoff and further enhance flying safety, the Shanghai Airport Authority said.

About 70 percent of landing aircraft at the airport, one of the busiest in China, can now detour via the new taxiways without disrupting continuous takeoffs. 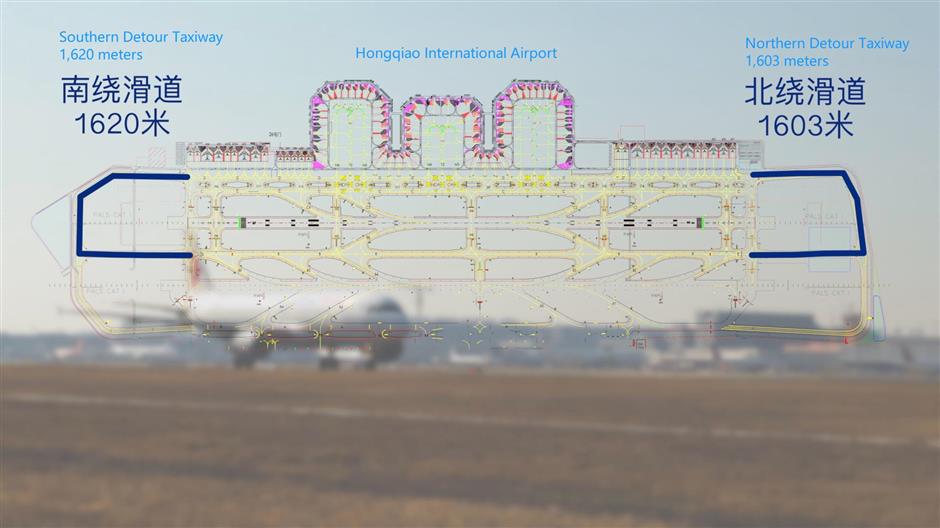 The detours are built on both sides of the two runways at Hongqiao airport.

It is common for landing aircraft to run across the runways at mega airports around the world. To ensure safety, the departing airliners must wait until the landed aircraft completely move off the runways.

Hongqiao airport handled over 270,000 takeoffs and landings before the COVID-19 pandemic in 2019. Nearly half of the landing aircraft had to taxi across the runways, putting great pressure on the already overloaded airport, according to the authority.

In October 2016, a takeoff passenger aircraft nearly bumped into another aircraft taxiing across the runway at Hongqiao airport due to an error made by a traffic control tower staffer who was later sacked and lost licenses. The A320 pilot opted to continue taking off and luckily flew closely over the taxiing A330. 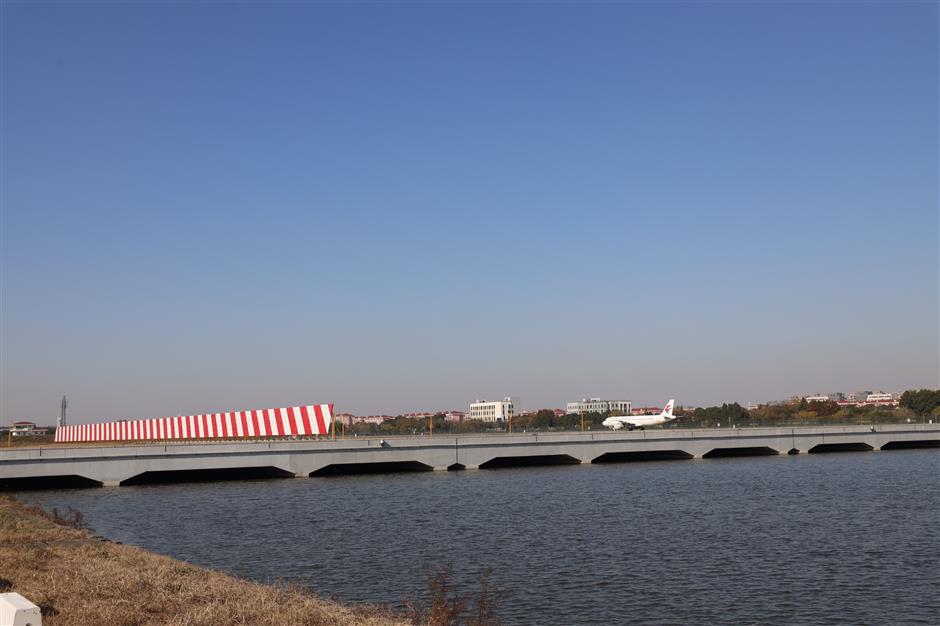 A visual obstacle is installed to avoid distracting pilots during takeoffs.

The idea of the "detour taxiway" was developed after joint research by the Civil Aviation Administration of China, air traffic control, the airport and airlines. If proved successful, the pilot practice is expected to be promoted across the nation's large airports.

The over 1.6-kilometer-long and 23-meter-wide taxiways can serve most single-aisle aircraft such as the B737s and A320s which are common for domestic flights at the airport.

Two visual obstacles have been installed on both sides of the runways to avoid distracting the pilots during takeoffs. The 240-meter-long and six-meter-tall obstacles have undergone wind tunnel, bump and electronic disturbance tests to ensure safety. They can resist a class-17 typhoon which can destroy a tree.

A 240-meter-long bridge has also been built as part of the new taxiways over an artificial river at the airport. Over 500 steel pipes which can resist resonance have been used for the bridge which can support a Boeing 747 wide-body aircraft. 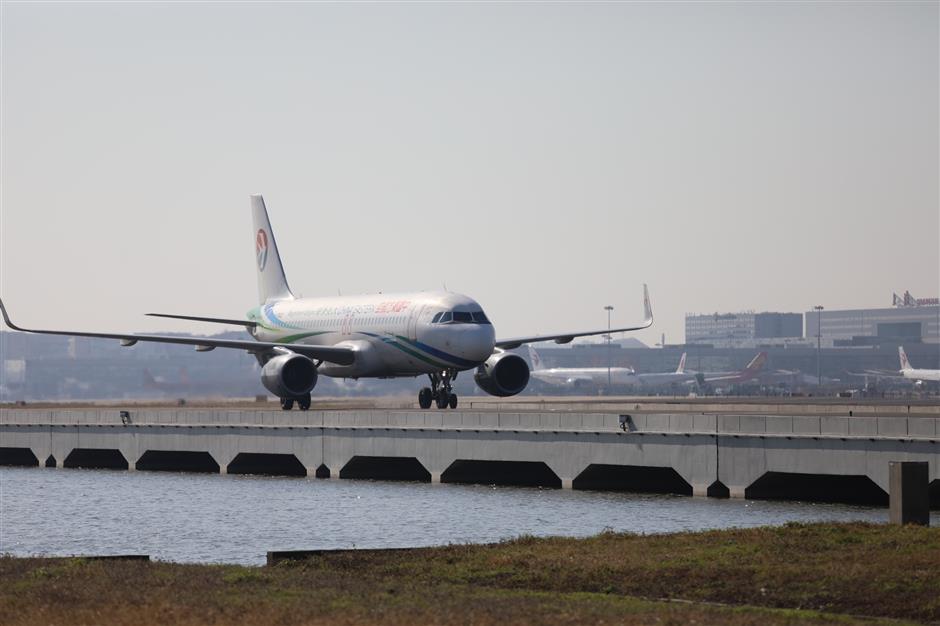 A passenger aircraft moves across the taxiway bridge.