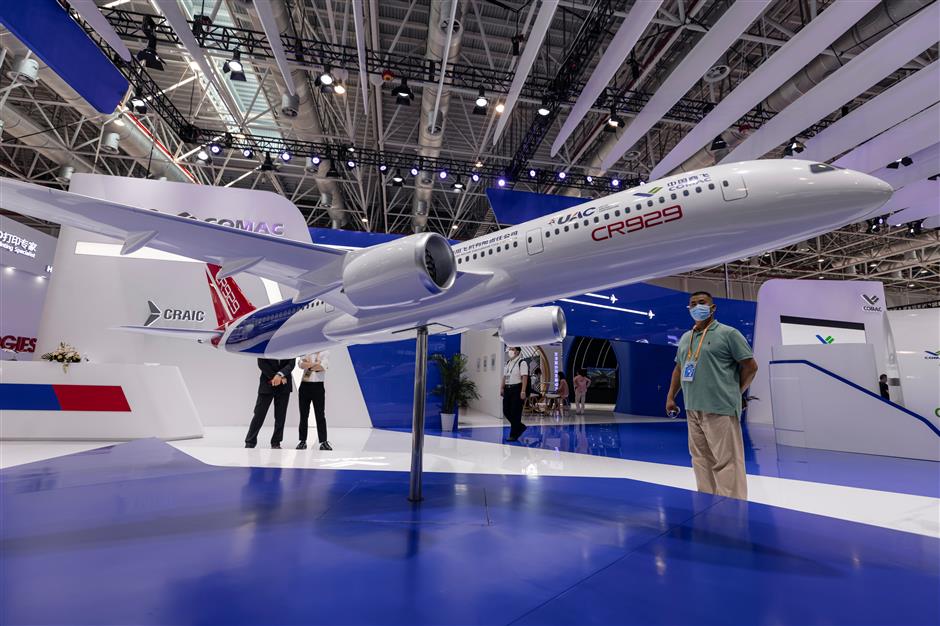 A model of the CR929 wide-body aircraft is displayed on the 2021 China International Aviation and Aerospace Exhibition.

Manufacturing has started on a prototype of CR929, the first long-haul jet jointly developed by China and Russia, said an official of the Commercial Aircraft Corporation of China (COMAC).

The wings of the first CR929 prototype are being produced in Russia, marking the smooth progress of the key project between the two countries, said Shi Jianzhong, president of Shanghai Society of Aeronautics and leader of COMAC's experts' team.

The CR929 is being developed by China-Russia Commercial Aircraft International Corp, a joint venture between COMAC and United Aircraft Corp of Russia.

The wide-body jet, which will be ready for test flights in 2025 and delivered to airlines from 2028, will seat 280 and have a range of up to 12,000 kilometers. It will be assembled in Shanghai.

China's aviation market is expected to exceed the United States to become the world's largest by 2040, according to the predictions of COMAC.

Over 40,000 large- and medium-size commercial aircraft are needed globally, and will have a total value of US$6 trillion. The China market will account for a quarter of the total, said Shi. 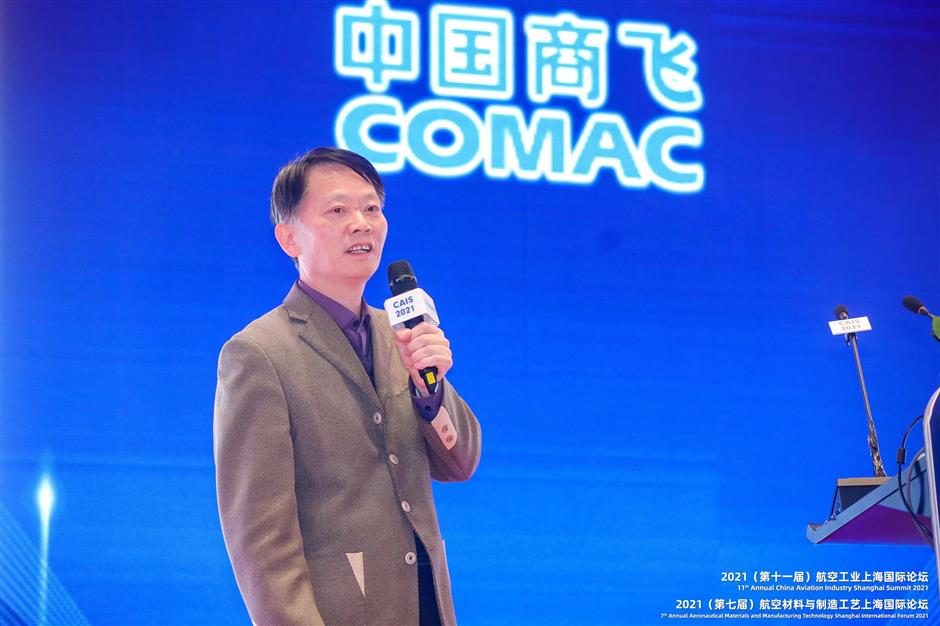 Fifty-six ARJ21s, China's first domestically developed regional jet, have been delivered to eight customers around the world. The fleet has flown over 110,000 hours on 217 routes and transported 3.2 million passengers.

The airworthiness certificates of C919, the first home-developed narrow-body airliner, will be acquired in 2022, said Shi.

Hundreds of officials, industry leaders and experts from home and abroad attended the summit and shared their latest research on aviation sectors.

The two-day event, which was also the 7th Aeronautical Materials and Manufacturing Technology Shanghai International Forum, was jointly hosted by Shanghai Society of Aeronautics, COMAC, Baowu Special Metallurgy Co. and other domestic institutes and organizations. 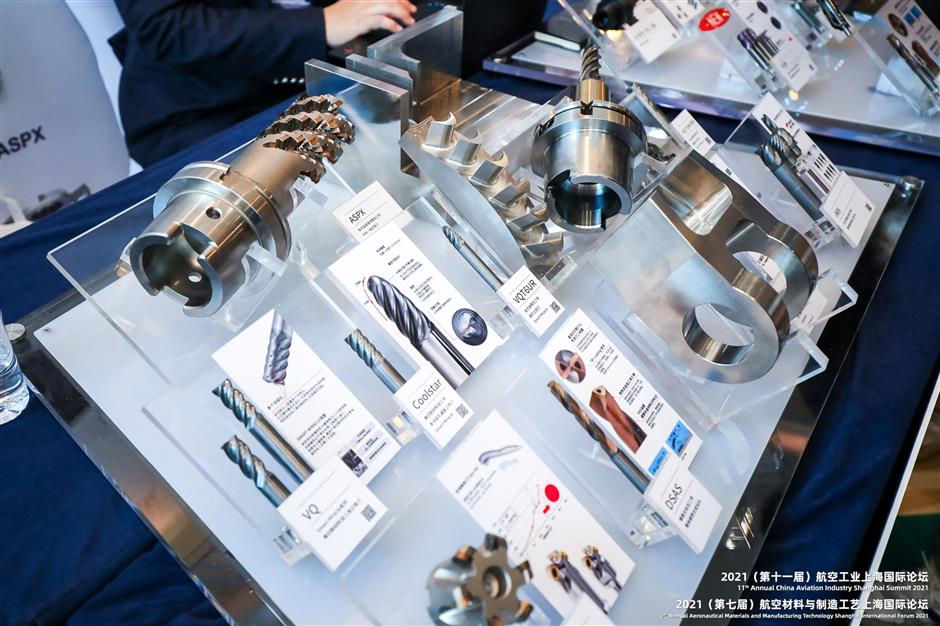