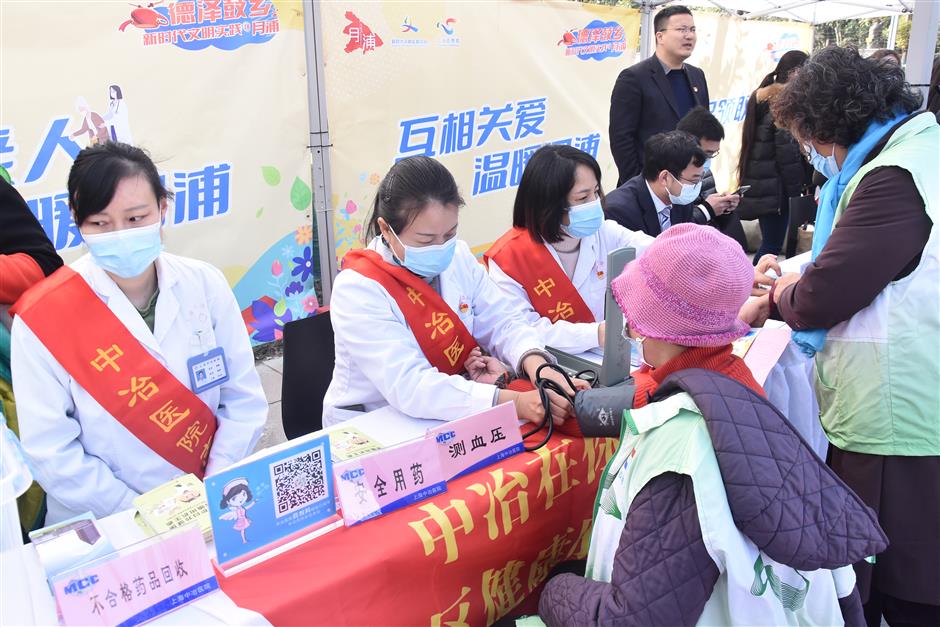 Volunteer services are being promoted in the city's northern outskirts to help implement the nation's rural revitalization campaign.

More than 19,000 volunteers have been recruited from citizens, farmers and employees in Yuepu Town in north Baoshan District, where the first shot rang out in the fierce battle for Shanghai's liberation in 1949. The construction of Baosteel also began in the town in 1978.

Twenty outstanding volunteers among them were recognized over the weekend in a volunteer service promotion campaign to mark the 36th International Volunteer Day on Sunday.

Ai Liuqing, an employment consultant of the town, was titled the "most beautiful volunteer." She opened an employment assistant workshop in 2009 after losing her own job with a failed company.

In the last 12 years, she has helped more than 1,000 jobless people find new work and start new lease of life.

"My secret is to treat every client as my own relative or close friend to solve problems sincerely," said Ai.

To promote volunteer services in the rural region, the township government has solicited outstanding voluntary projects across the city. More 30 local social organizations and companies have applied.

Five winning projects were announced on the event. They include drowning prevention training as well as a river cleaning campaign. The town with abundant waterways.

The town also released a "civilization caravan," which will drive to the villages, farmlands, communities, companies, schools and shopping malls in the town to promote civilization practices and volunteer services.

A memorial site has been built in Yuepu Park to commemorate the sacrifices of the 16-day Battle of Shanghai in 1949. 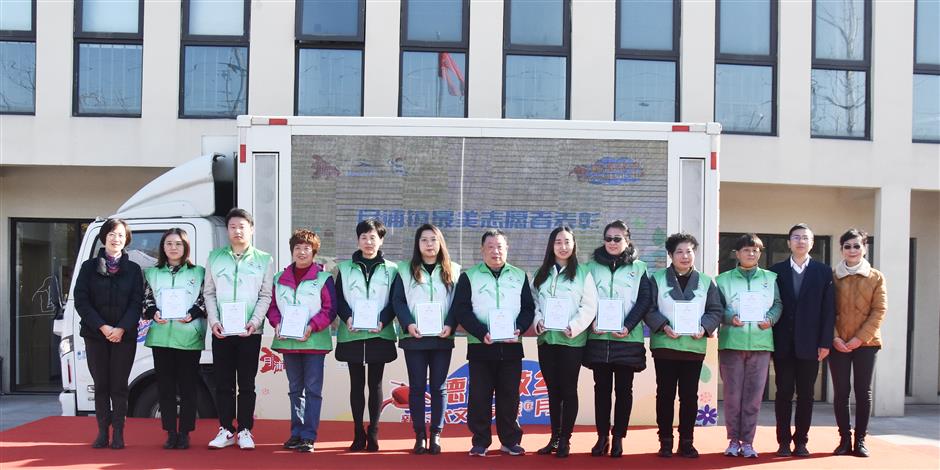