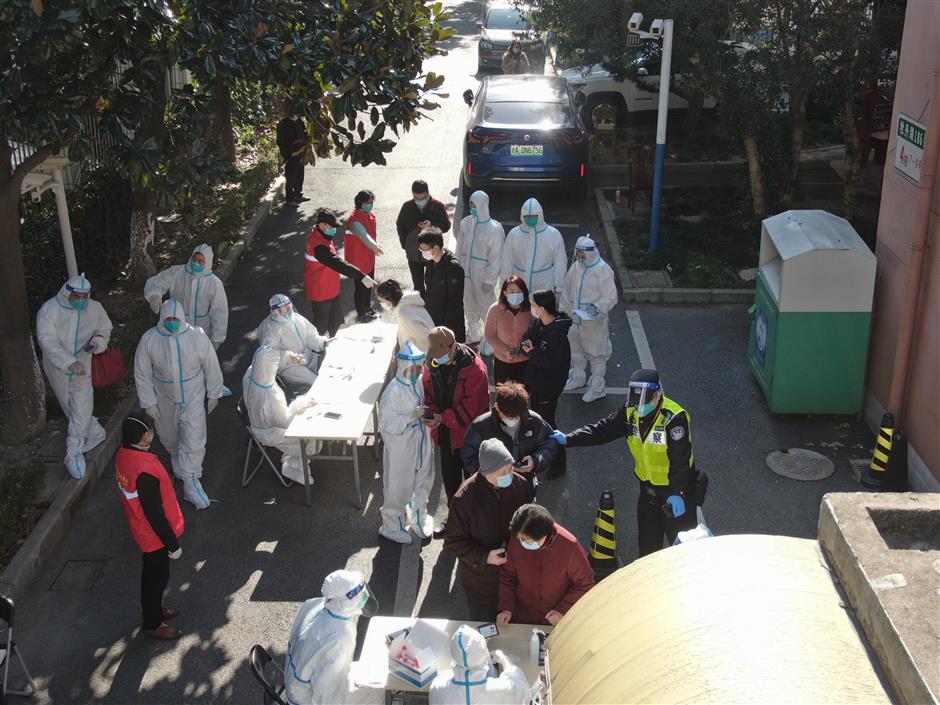 Residents of the residential complex at 186 Mudan Road have their second nucleic acid tests.

The second round of nucleic acid tests on residents of the complex at 186 Mudan Road in the Pudong New Area has been completed, Pudong police said on Saturday.

The residential complex has been under lockdown since Thursday after two residents were confirmed as being infected with COVID-19.

Meanwhile, all shops around the residential complex have been cordoned off with more than 500 staff temporarily placed under quarantine, police said.

There are 381 households and over 900 residents in the residential complex. Among them, 199 are people above 60 years old who are being given special care.

Police have set up a mechanism with the grassroots government and medical institutions to ensure that the medicines needed by this group of people will be supplied in a timely manner.

Those who need to go to hospital in person will be transported to a designated hospital by a negative-pressure ambulance which is used to transport patients with infectious diseases, police said.