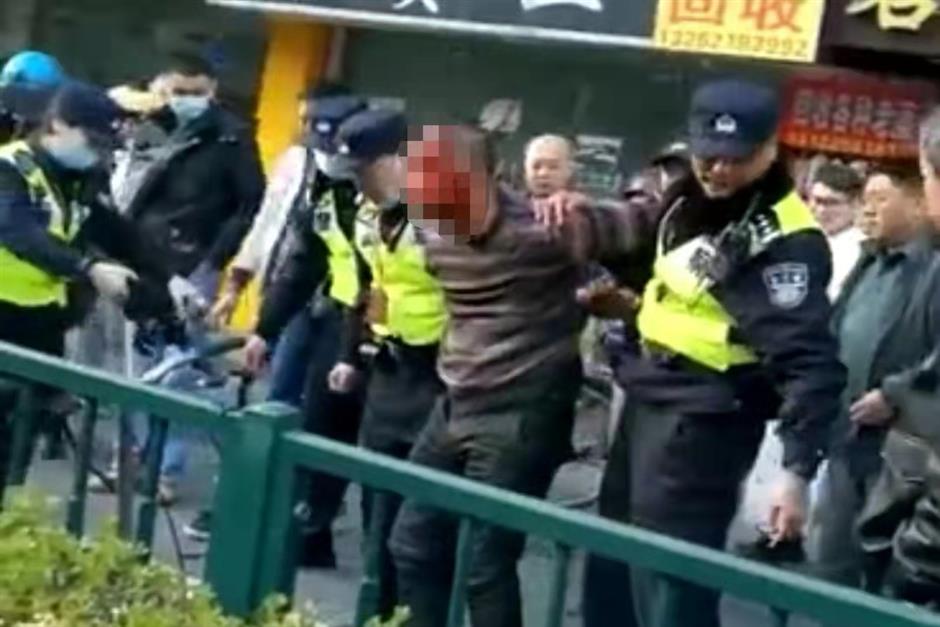 Screenshot of the scene shot by a passer-by.

The incident, which took place on Boshan Road near Gushan Road, was reported to police at 2:33pm.

Within two minutes police reached the scene, where the man surnamed Liu was waving a pair of scissors in public.

A few police officers subdued him following a brief tussle.

Seven passers-by and two officers were injured and were treated at a hospital.

Liu, who is from out of town, arrived in Shanghai recently, police said.

An investigation is under way.