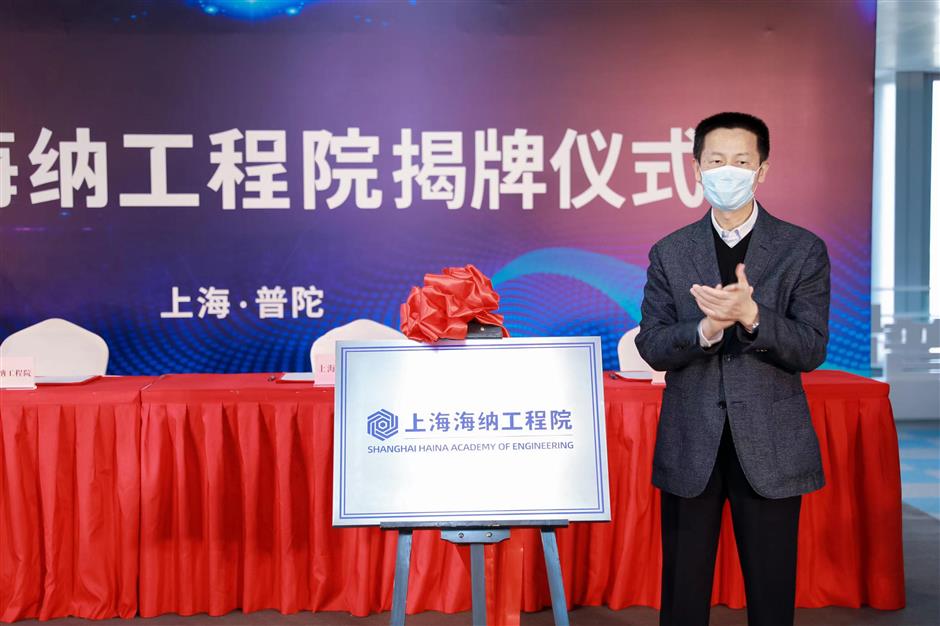 Shanghai on Tuesday launched a key research institute on digital transformation to support the construction of a new high-tech town in northwest downtown.

The Shanghai Haina Academy of Engineering was initiated in Putuo District's Zhenru subcenter to focus on the latest digital applications and attract innovative startup projects.

Shanghai Executive Vice Mayor Wu Qing unveiled the academy, which will become the innovation core of Haina Town being developed in the historical Zhenru area.

The academy will work with similar academies in neighboring Hangzhou and Wuxi cities in Zhejiang and Jiangsu provinces, respectively, to drive the integrated development of the Yangtze River Delta region and become a key pilot on global urban digitalization, the Putuo government said.

The academy will create an open platform for the research and development of smart urban operation applications. Global researchers and scientists are welcome to conduct experiments at the academy. Small- and medium-size enterprises will be encouraged to release their innovation applications on the platform. 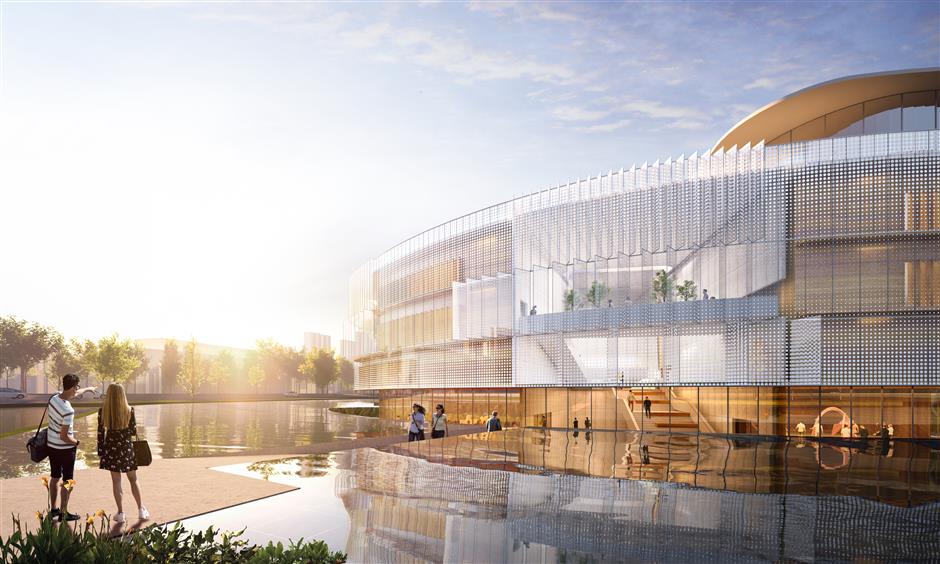 The academy will also host a regular "night forum" event to invite experts and scientists to share their latest achievements on digitalization.

The first batch of builders of key smart scenarios for the town signed up to base themselves in the academy on Tuesday. They include the Commercial Aircraft Corp of China and Ruijin Hospital.

Haina, which means inclusiveness and integration, aims to be an important site for Shanghai's ambition to become an international digital capital with global influence.

It will develop in tandem with Cloud Town in Hangzhou and Xuelang Town in Wuxi. The latter two projects are known for cloud computing, big data and Internet of Things developments under the integrated development of the Yangtze River Delta region.

Haina Town, covering 3.12 square kilometers, will mainly attract high-tech incubators and research institutes as well as recreational and commercial facilities. A large swathe of smart applications such as unmanned service centers and intelligent senior care systems will be applied here, according to the blueprint.

It will become the source of Putuo's scientific innovation sector and core area for the development of digital technology, according to the district government. 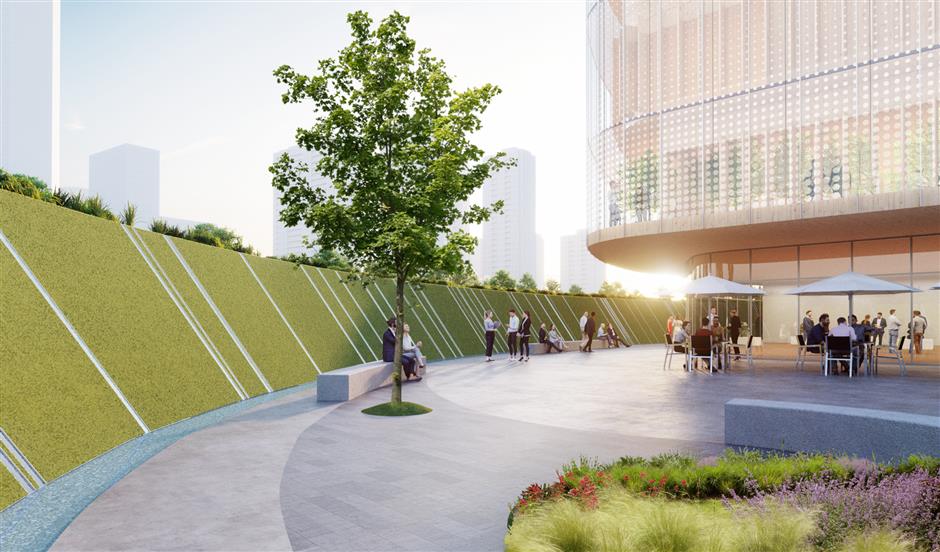 It will feature offices and living areas with rivers, lakes, parks and forests. Economic development and ecological environment will be equally important to the town's development.

Wang Jian, a member of the Chinese Academy of Engineering and founder of Alibaba Cloud, has been appointed honorary director of the town.

Zhenru, which dates back to the Song Dynasty (960-1279), will become a "public activity center" for the Yangtze River Delta region. It was originally formed around the Zhenru Temple and will become the "northwest sitting room" of the city.

It is one of the subcenters in the city's downtown, along with Xujiahui in Xuhui District, Wujiaochang in Yangpu District and Huamu in the Pudong New Area.

They will become a new driving force for the city's development along with the five "new cities" in Jiading, Qingpu, Songjiang and Fengxian districts and Pudong's Nanhui. 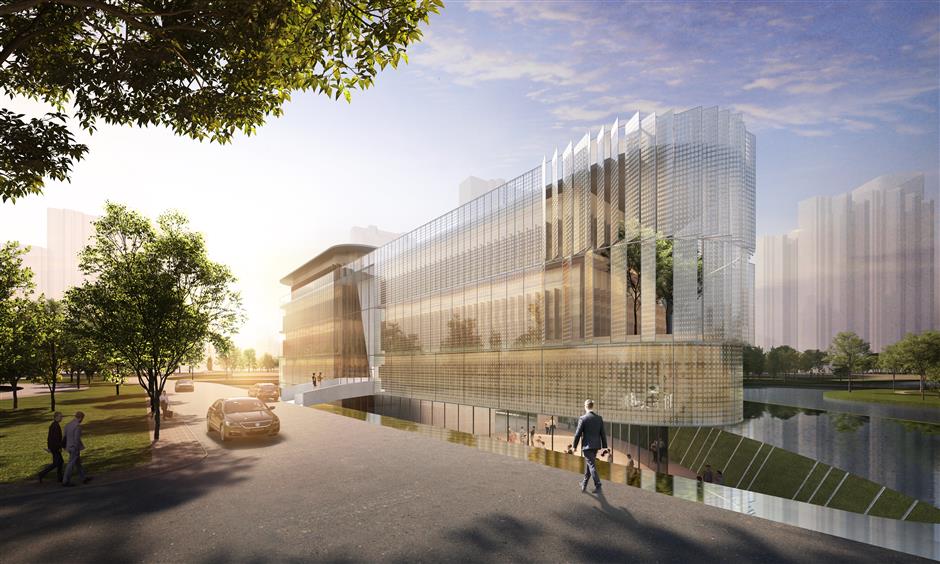 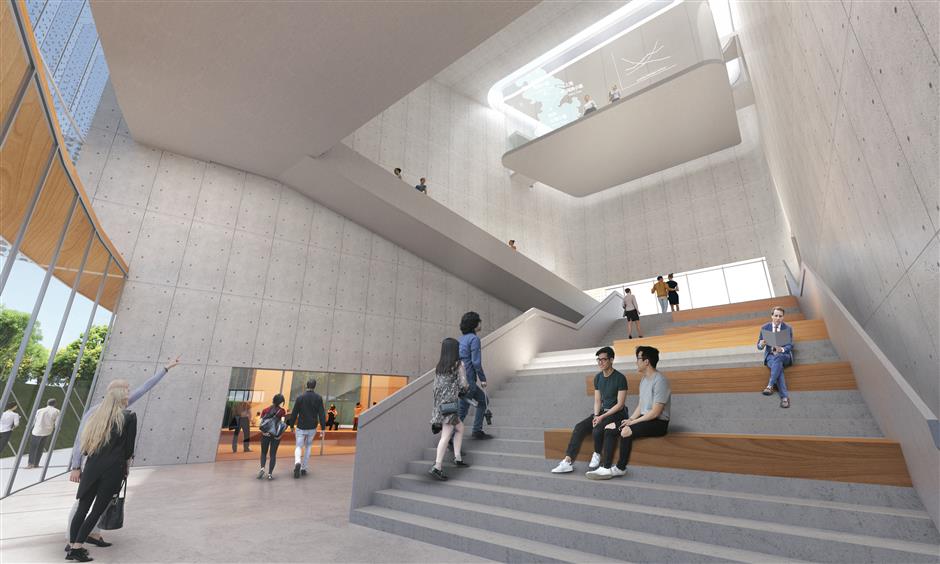