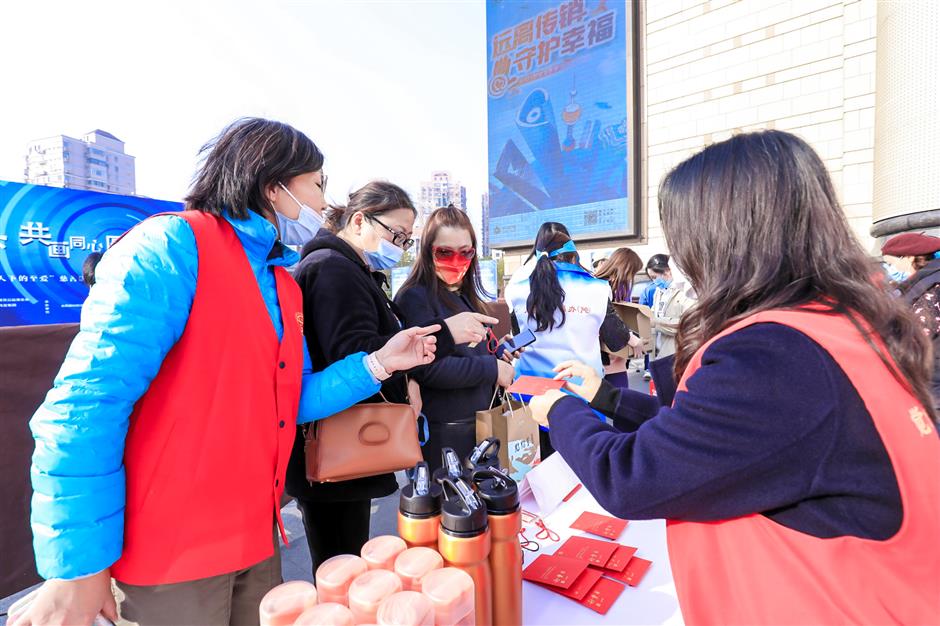 A charity bazaar opens outside Global Harbor mall in Putuo on Friday.

The donation campaign titled "100 Buildings, 1,000 Stores and 10,000 People" was initiated by Putuo District government. Citizens can donate to the Shanghai Charity Foundation in the "Putuo Flagship Store" on the Suishenban app through January 9.

The money will be allocated to households with disabled or seriously ill people and those living in poverty. An e-certificate from the foundation will be released to donors.

Citizens are also encouraged to share charity stories on the platform. A list of philanthropists will be selected from the stories and publicized.

Shanghai's annual charity month branded "Greatest Love under the Blue Sky" will run through January 9 with a total of 70 events at city level and 257 at district level. The traditional event has been held in the city for 27 years.

Volunteers wielding donation bags have usually strolled across the city to raise funds from citizens. But amid the COVID-19 pandemic, the online platform makes it easier for donors, according to the district.

The district also released its top 10 charity projects that have benefited tens of thousands of local poor families, children, autism sufferers, disabled, poor students and young entrepreneurs in past decades.

They include the Juequn University Entrepreneurship Foundation of the city's historical Jade Buddha Temple which has supported local university graduates to set up over 130 enterprises since 2009.

Citywide, about 460,000 households have benefited from the program which has distributed 277 million yuan since 1999. 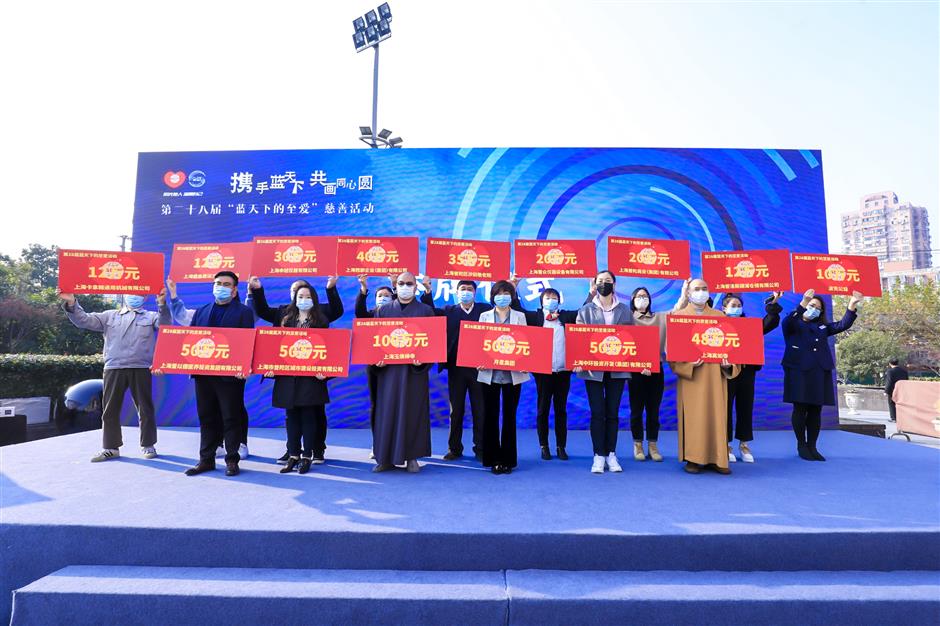