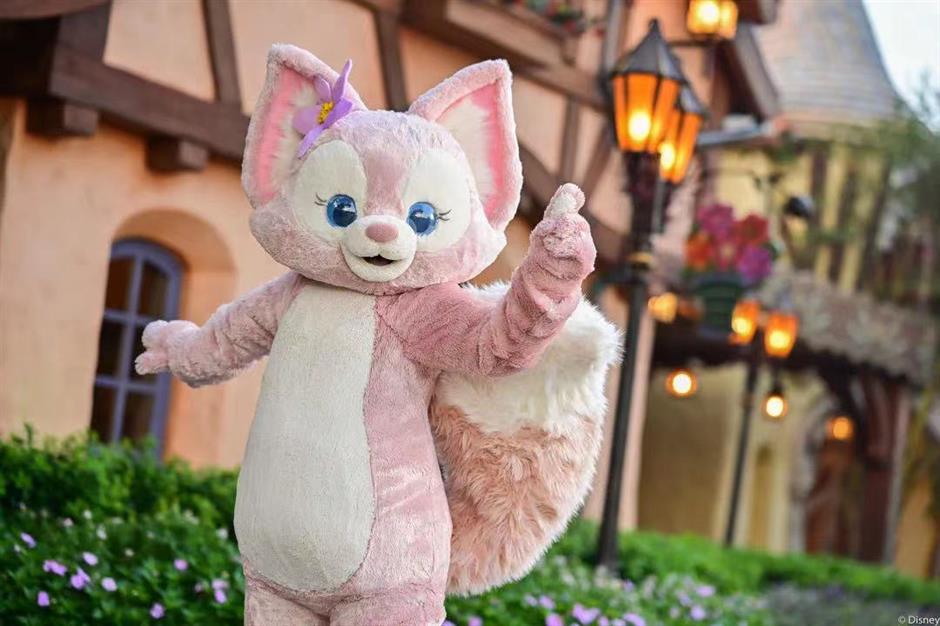 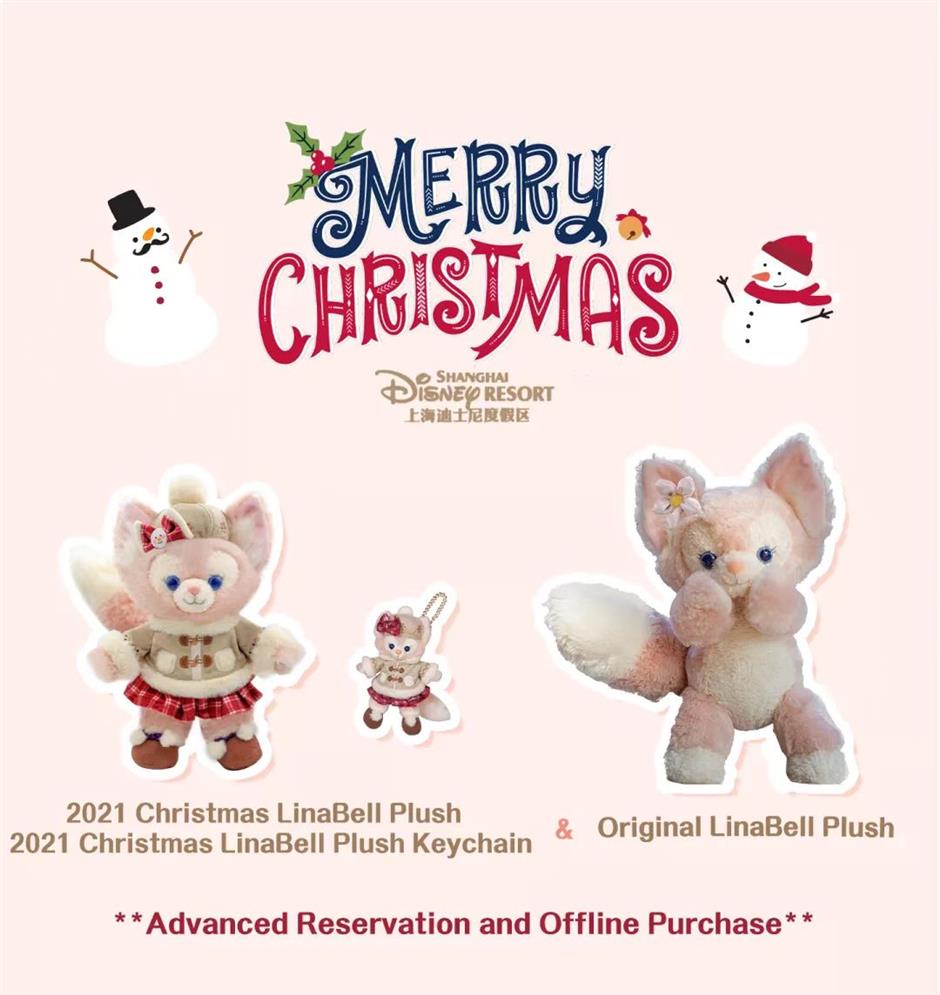 Following her September debut, LinaBell, a pink fox friend of Duffy, quickly became the resort's top star due to her unique personality and endearing appearance. However, soon afterward, she was in dire straits after scalper issues.

But the panic buying that ensued caused a network breakdown, frustrating many of LinaBell fans, with the resort drawing flak on social media for not preparing for the huge demand.

In responding to the claims, the resort said on Tuesday that the reservation system itself was not interrupted. It accepted appointments starting from 8pm, and subsequently completed fulfilled all demand.

Shanghai Disney Resort denied indulging in hunger marketing, insisting in a statement sent to Shanghai Daily that it "has been in close communication with relevant government departments to develop and optimize the sales plan."

"The huge demand and pandemic have been major factors behind the limited inventory at this time. We are sorry for not satisfying the demand of most guests and LinaBell fans," the statement said. 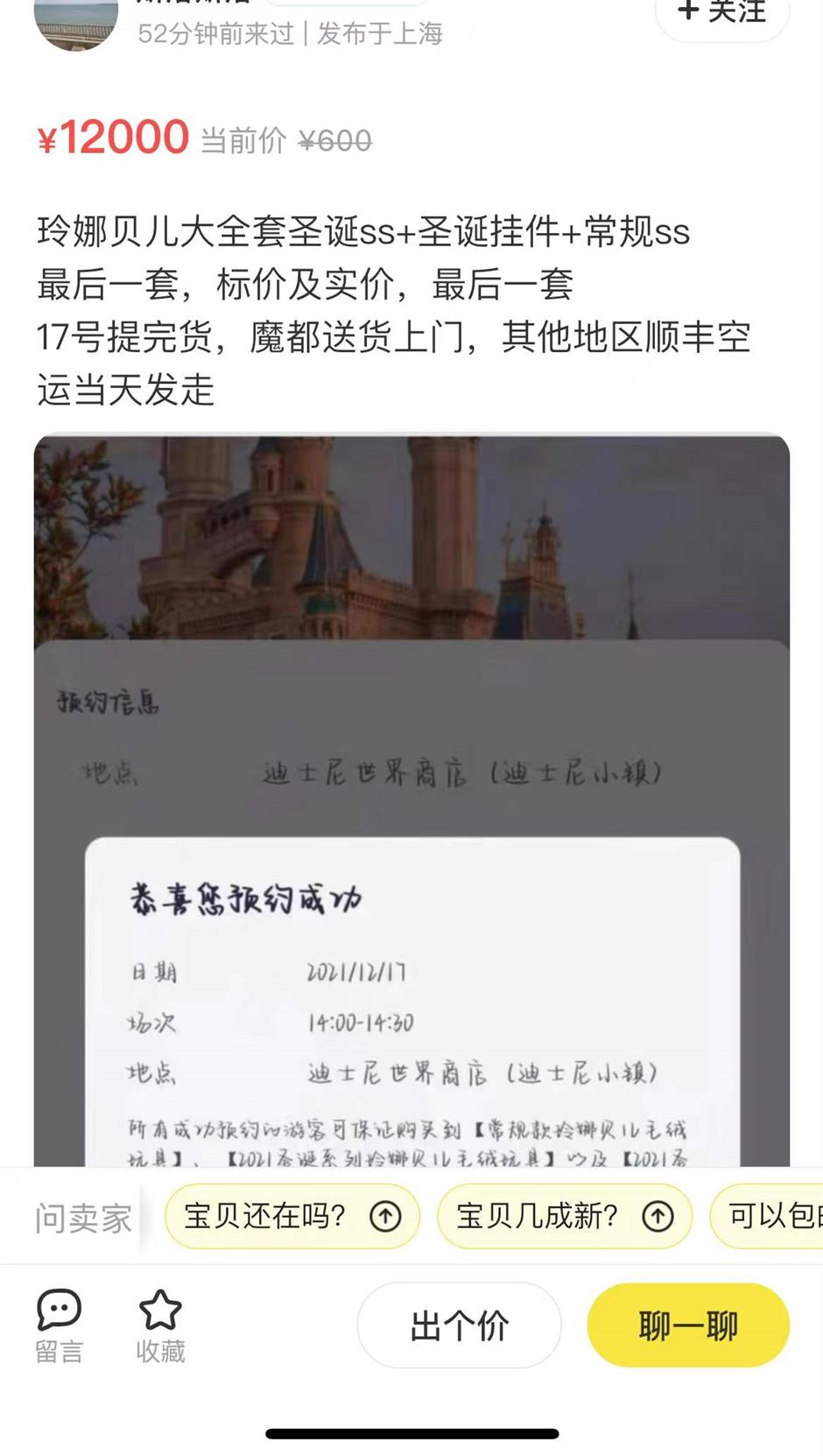 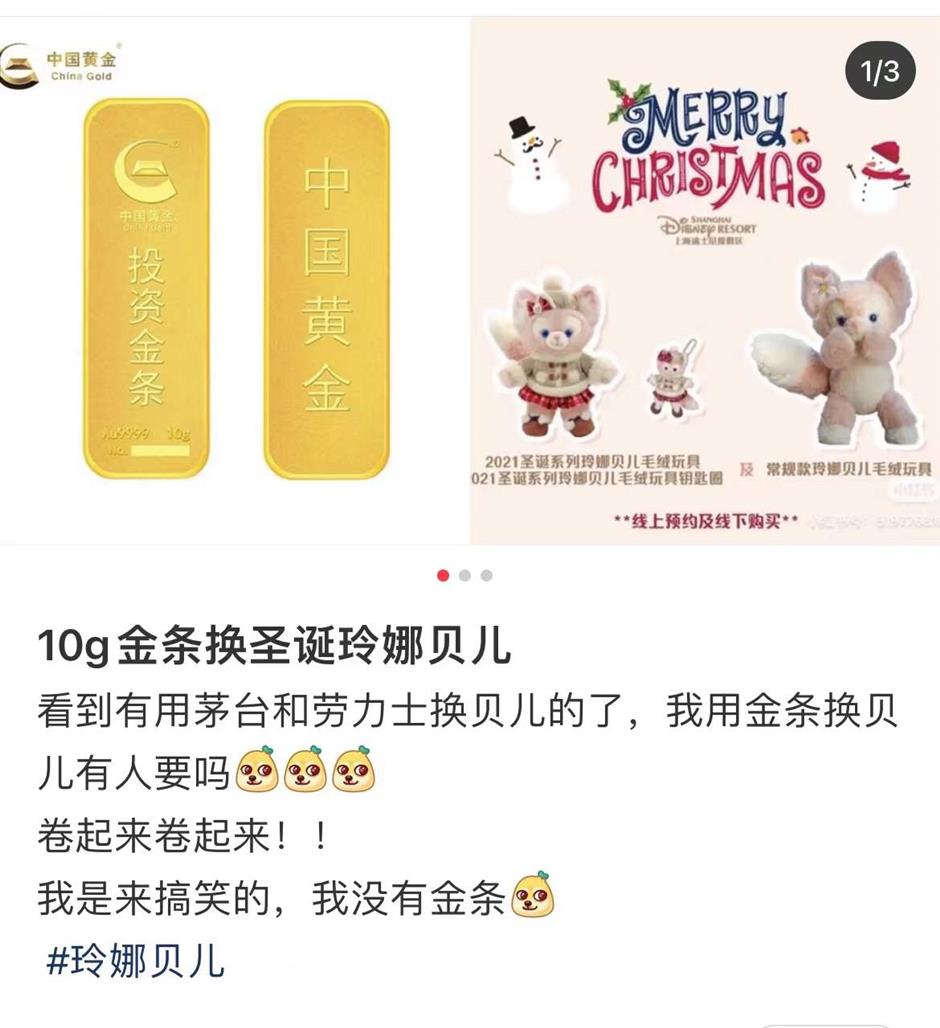 Another seller wanted to exchange a set of three times for gold bars.

In fact, many people were incensed at the outrageous second-hand market prices, with the cost of a set of three items reaching more than 10,000 yuan (US$883.40). Even for original products, which are not limited editions, a set is priced over 1,000 yuan. Usually, at the resort, the same items are sold for between 100 and 300 yuan each.

To get their hands on their beloved LinaBell items, some crazy fans on social media have even offered a Rolex watch, a bottle of Kweichow Moutai and 10-gram gold bars in exchange for a set of three.

Others, meanwhile, have called for a boycott of scalpers, saying they had complained to the city's market watchdog. They have called for an investigation of how the black marketers had managed to get the reservation link in advance.