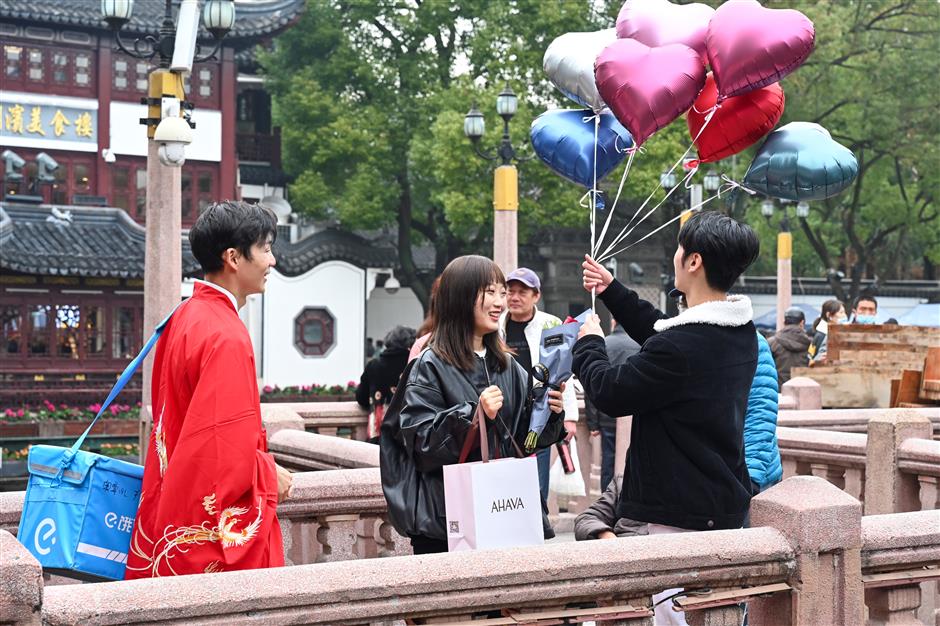 Visitors to the Zigzag Bridge at Yuyuan Garden Malls.

The New Year Gift Festival was initiated at the Yuyuan Garden Malls over the weekend as the inaugural event of Shanghai's New Year Shopping Festival.

More than a dozen time-honored brands at the malls have participated to celebrate the approaching Year of the Tiger and encourage locals to spend the Spring Festival in Shanghai amid the COVID-19 pandemic.

The 238-year-old Tonghanchun TCM pharmacy, for example, will release a series of TCM health teas themed on the 24 Solar Terms by the end of year.

Traditional TCM prescriptions have been involved and improved to cater for the habits of nowadays customers. Other new products such as ginseng balm and essential oil have also been released to mainly attract young customers. 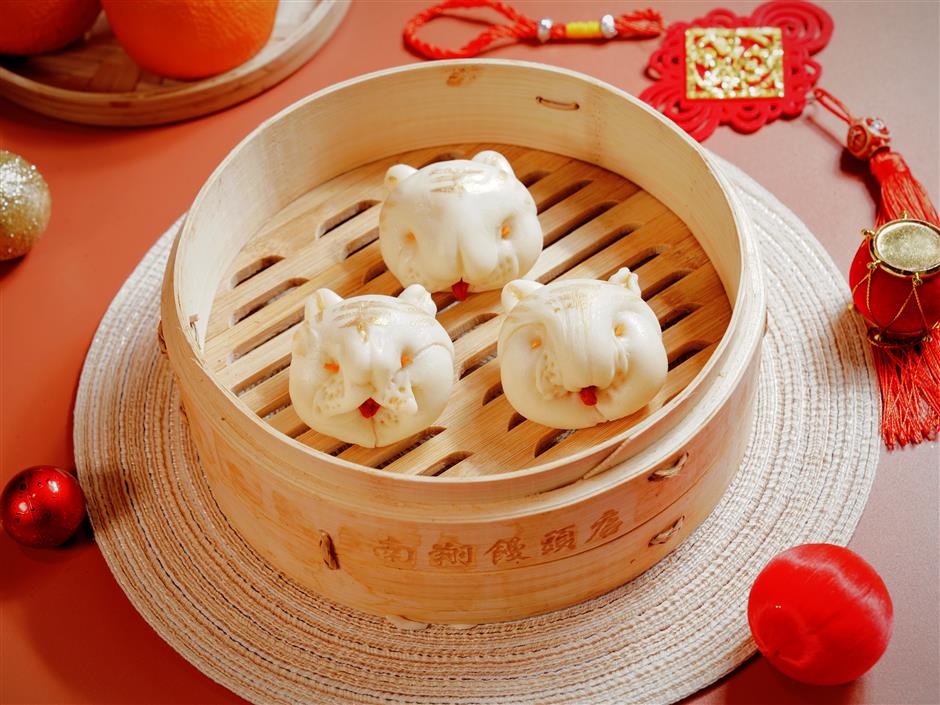 Other time-honored Yuyuan eateries, such as the 264-year-old Songhelou Restaurant, the Shanghai Classical Hotel that opened in 1875, Lubolang Restaurant and Chunfeng Songyuelou, the oldest vegetarian restaurant, will jointly release banquet packs for customers to spend the Chinese New Year eve at home.

The pear syrup herbal drink ligao lu, inspired by ligao tang (pear syrup candy), one of the most popular products in Yuyuan, has been made into lollipops.

The ligao tang, based on a century-old recipe, can treat coughs but is too sweet to eat directly and is best dissolved in hot water to drink. It has been turned into a canned ready-to-drink beverage, so people can take it on the go.

"The festival aims to further boost consumption amid the pandemic while helping the time-honored brands to upgrade and embrace the internet era," said Huang Zhen, the president of Yuyuan Inc. 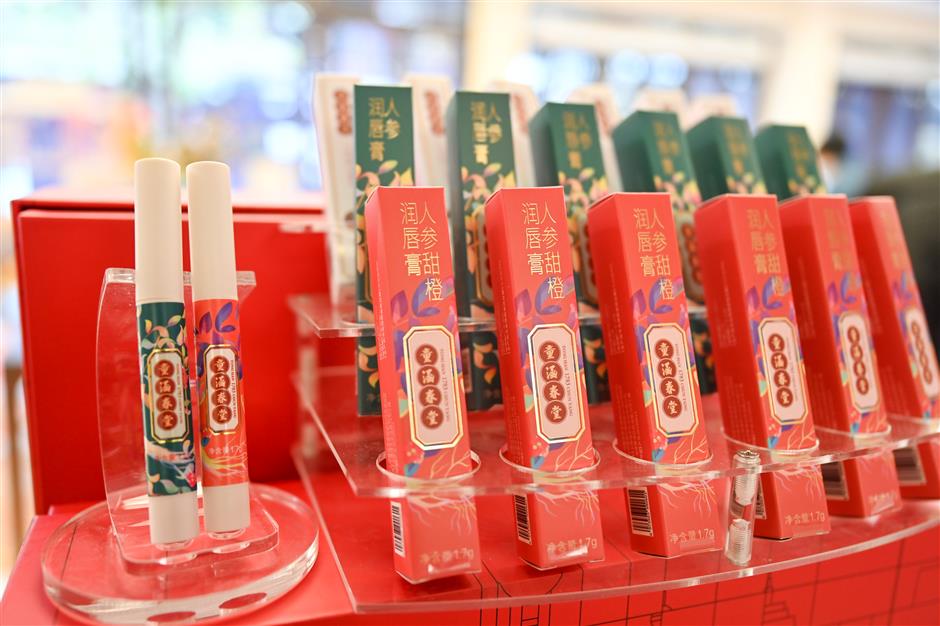 The company inked a cooperation agreement with food delivery firm Ele.me on Friday to deliver all Yuyuan products to the doors of the customers amid the pandemic. More than 80 outlets of Yuyuan, including jewelery, cosmetics, watches and TCM medicines, will open their online stores on Ele.me.

The deliverymen will dress like China's traditional gods of fortune, marriage or medicine to serve customers between January 1 and 7.

Local residents have been asked to avoid non-essential trips during the upcoming New Year and the Spring Festival holidays.

One locally transmitted COVID-19 case and 12 imported infections were reported in the city on Friday, said the Shanghai Health Commission on Saturday morning.

Many innovative gifts released by time-honored brands of the Yuyuan Garden Malls.