Lawyers watch a video during the donation ceremony on Saturday.

Despite the shivering cold weather, Shanghai's lawyers gave a heart-warming donation on Saturday to young people who are orphaned or disabled in Hulunbuir, the Inner Mongolia Autonomous Region.

About 170 young people, aged between a month-old and their 20s in the Hulunbuir's children welfare institute will enjoy a better life and have four more teachers thanks to the over 500 lawyers' about 1-million-yuan (US$156,900) donation, according to the Shanghai female lawyers' association.

About 3,000 orphans in Shanghai and neighboring Jiangsu Province were sent to Hulunbuir, where cattle and sheep were plentiful, to be raised.

Ejis (meaning mothers in Mongolian), who lived on Hulunbuir's grassland, enthusiastically and generously accepted these children. One of the mothers raised 28 orphans. 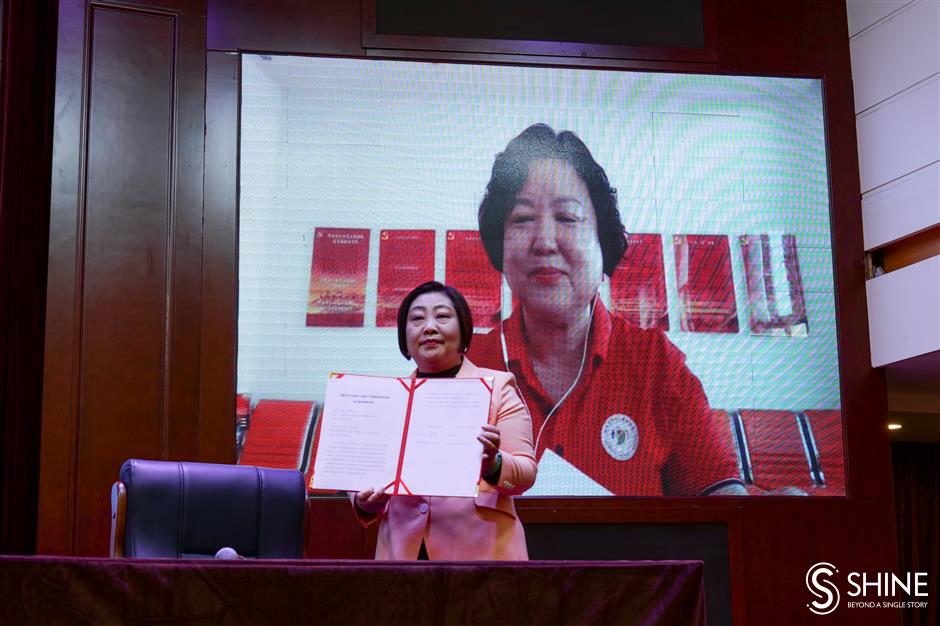 The head of the Shanghai Children's Foundation and the head of the Hulunbuir's children welfare house sign a pairing aid agreement.

"This donation is our return gift for them," said Zou Fuwen, deputy head of the association.

"Female lawyers in Shanghai use their professions to participate in public welfare activities, and assume social responsibilities in many ways such as women's and children's rights protection, and poverty alleviation."

The donation will be sent to the Hulunbuir's welfare house through the Shanghai's Children Foundation over the next five year to improve the children's faculty and educational environment. 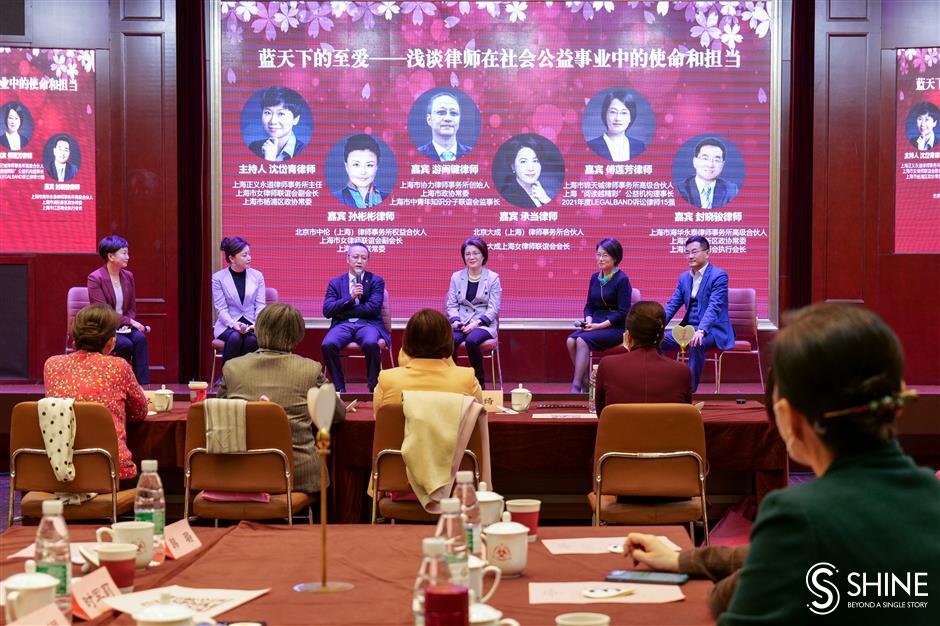 Lawyers discuss how to contribute more to public welfare.