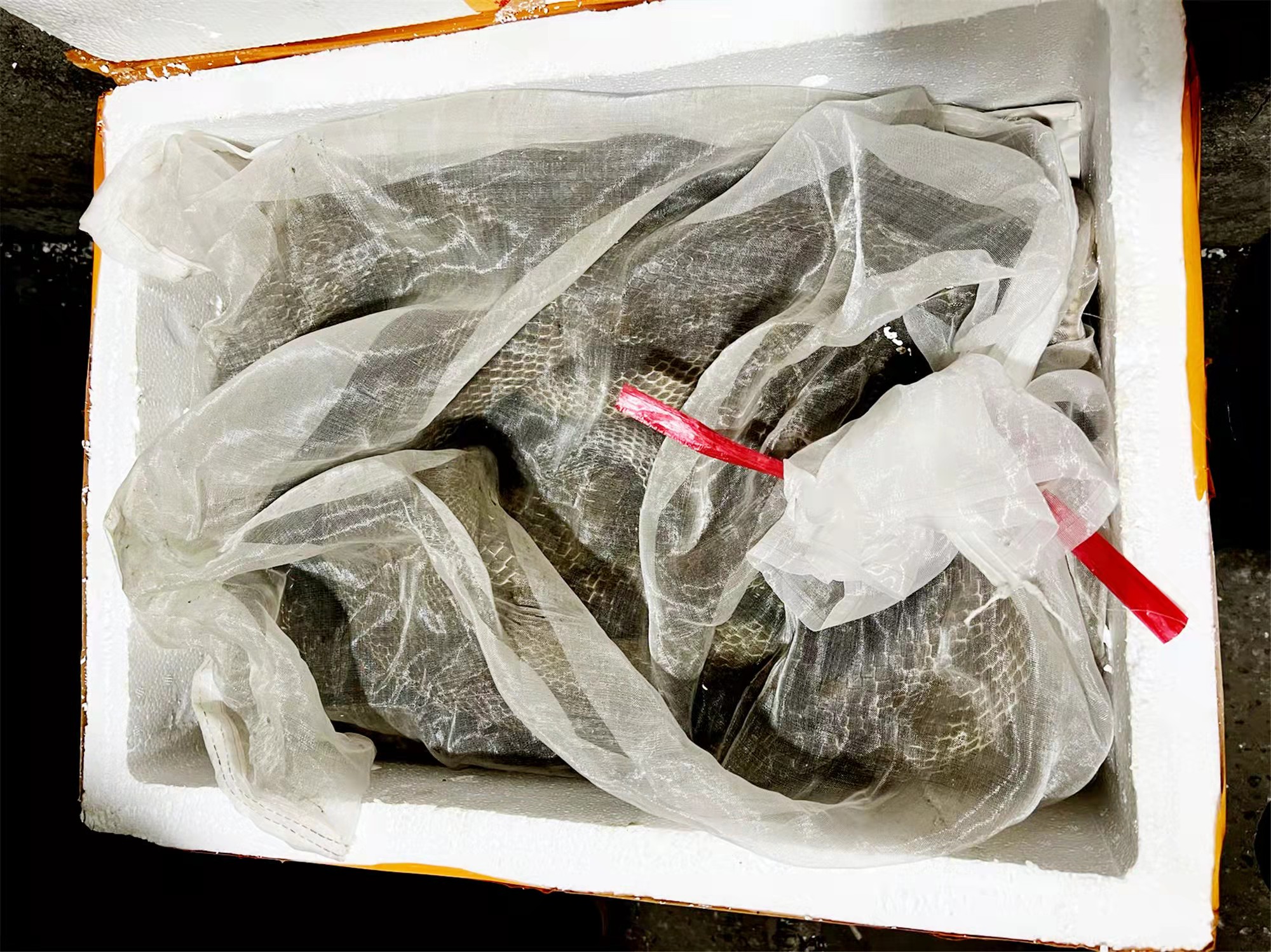 More than 40 suspects were caught in two cases in which they allegedly purchased and sold nationally protected animals, including cobras and Bufo gargarizans, a species of toad, Shanghai police said on Wednesday.

In both cases, police started their investigation after receiving tips from public about the illegal activities.

More than 10 suspects were caught for allegedly trading King cobras, cobras and Elaphe carinatas, which are all snake species that are nationally protected.

Police started their investigation in October following reports that a local restaurant was offering snake dishes on its menu.

Police seized two King cobras at the restaurant during a raid. It was found that the protected snakes were purchased from a warehouse near a wholesale farm produce market in Shanghai.

The suspects were rounded up from suburban Baoshan and Jinshan districts earlier this month, with about 100 of the protected snakes seized.

The snakes, the investigation showed, were purchased from other cities.

In another case, around 30 suspects were rounded up from Jinshan last month for allegedly purchasing and selling toad species Bufo gargarizans and Rana nigromaculata, both of which are nationally protected animals in China.

Police received reports in April that dishes said to be made from Bufo gargarizans were being offered at a local restaurant and started their investigation.

They seized more than 6,500 of the animals during a raid of the suspects who later admitted that they hunted the toads in Shanghai ignoring the ban.