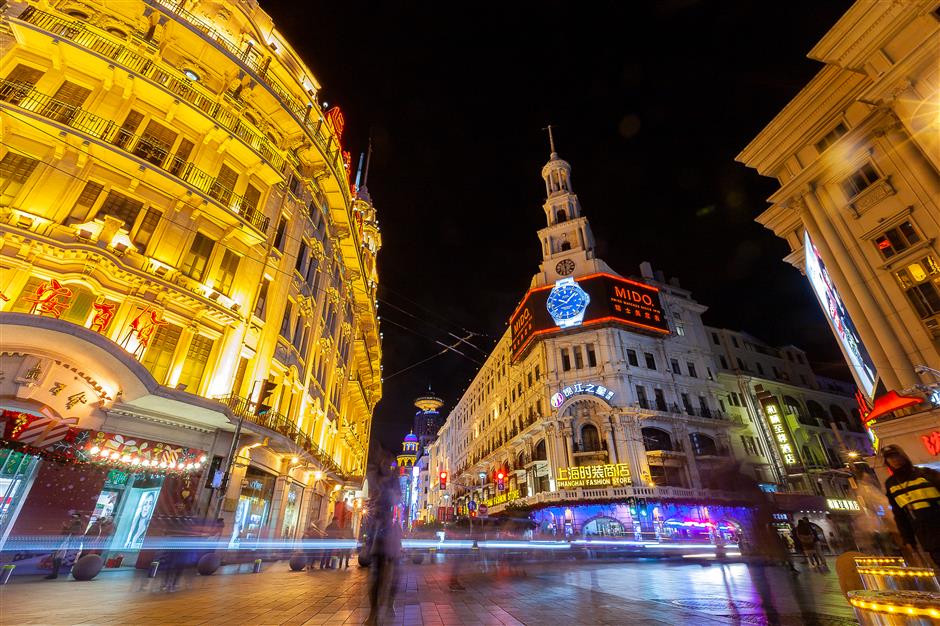 The Wing On Department Store and Shanghai Fashion Store on Nanjing Road E.

The 114-year-old Wing On Department Store and the 85-year-old No. 1 Shopping Center will release joint vouchers for the first time along with over 30 time-honored brands such as Xing Hua Lou, Sunya, Shendacheng and Taikang on the pedestrian street.

Customers can buy the vouchers by searching "Nanjing Road Pedestrian Mall" on Alipay and enjoy half-price discounts on Saturday and Tuesday. The vouchers can also be used at the gift store of Shanghai Museum.

It is the first time for the shopping centers, old brands and fashion stores on Nanjing Road E. to jointly launch a promotion campaign, according to Huangpu District government. The aim is to develop the landmark commercial street into a "super shopping center," the government said.

The pedestrian street has been decorated for the New Year celebration, with multiple art installations set up for citizens and tourists to take photos. 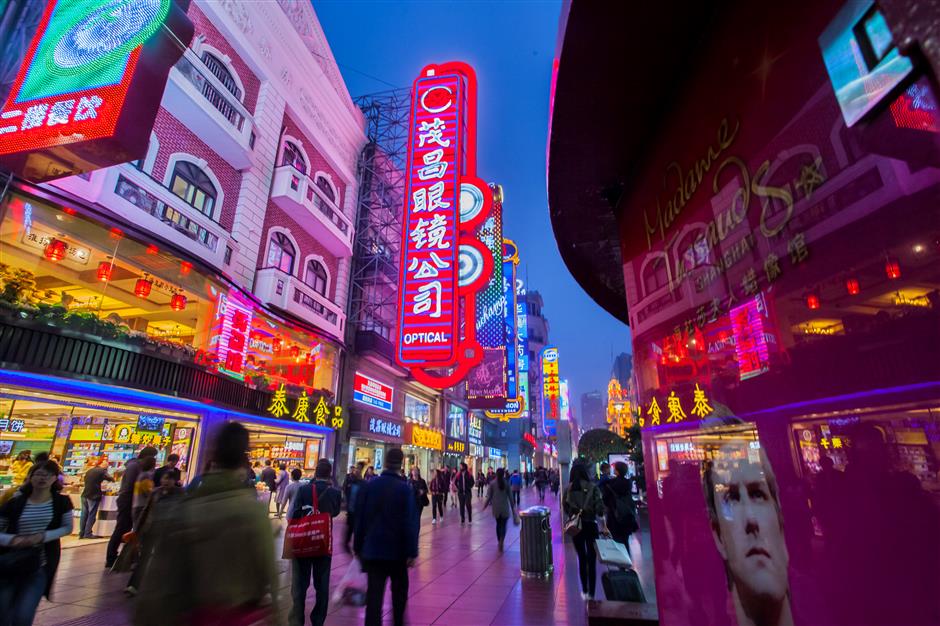 A New Year bazaar also has opened at Qi Chong Tian Building (the Seventh Heaven Hotel), designed by American architect Elliot Hazzard in 1932. The city's time-honored brands and products popular at China International Import Expo will be available at the bazaar.

Shanghai Museum has cooperated with the Nanjing Road Pedestrian Mall for the first time. A tiger image based on one of the museum's key exhibits, the New Year painting of the woodcut seal of Zhangzhou in southeast Fujian Province, has been designed onto a cloth bag for random presentation to consumers.

The stores and eateries will follow strict COVID-19 prevention measures during the shopping campaign, organizers said.

Nanjing Road was constructed in 1851 as Park Lane and ran from the Bund to a race track on today's Henan Road. It was extended to Zhejiang Road in 1854 before being further stretched to Xizang Road in 1862. 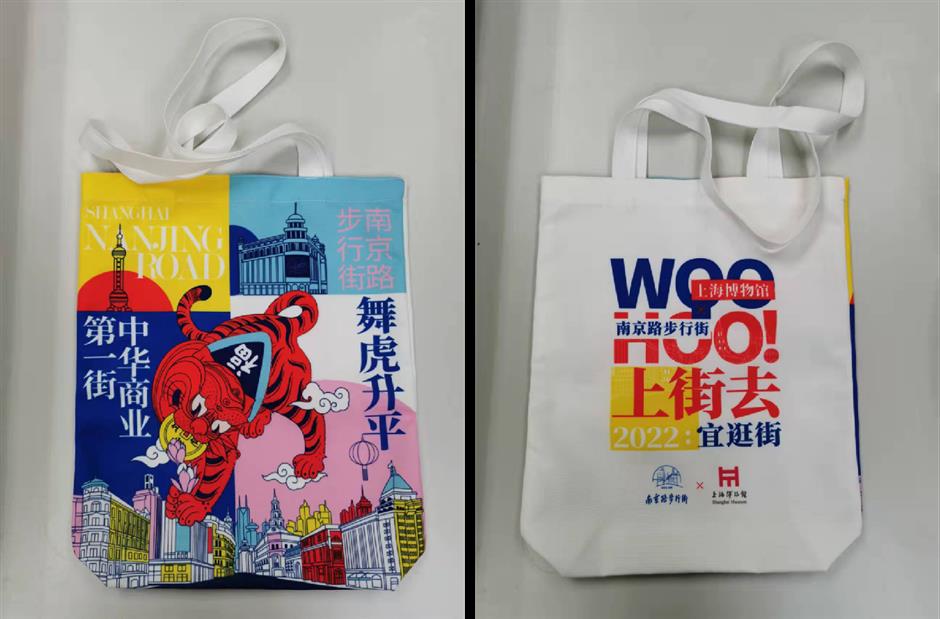