Downtown rainbow zebra crossing draws praise but is it legal?

Parents and children walking on a rainbow-like zebra crossing in downtown Shanghai made online headlines on Thursday.

The zebra stripes in orange, yellow, green and pink in front of the Lark Kindergarten on Zhizaoju and Xietu roads in Huangpu District have become an Internet sensation.

The vivid colors not only remind drivers to stop or slow down, but also seem to have decorated the downtown street.

The innovative idea came from the traffic authority of Huangpu and was aimed at making the busy crossroad safer for pedestrians, especially children at the kindergarten. It has been welcomed by both pedestrians and motorists.

Pedestrians said walking on such beautiful stripes gave them a pleasant feeling.

"I think this helps motorists forge awareness of slowing down before zebra crossings," said a 35-year-old father. 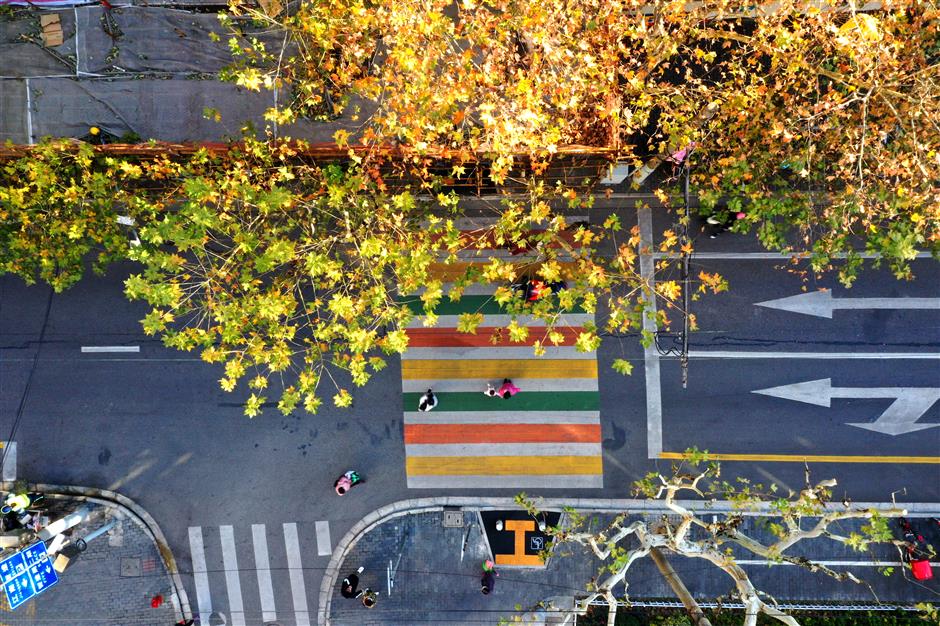 The rainbow-like zebra crossing near the Lark Kindergarten on Zhizaoju and Xietu roads in Huangpu District.

However, some netizens have questioned whether the colorful stripes violated the nation's Road Safety Law, which stipulates that zebra crossings should be "white parallel stripes" in standard width.

Shanghai's road transport bureau replied on Thursday that the practice should be encouraged and promoted.

"The colorful stripes have not changed the standard and function of the zebra crossing, but instead made it more recognizable for motorists," the bureau explained on its official WeChat account.

"The practice is a good trial for Shanghai to promote its characteristic low-walk traffic," it added.

The rainbow crossing near the kindergarten can further ensure the safety of children and help create a child-friendly community, the bureau stated.

Zebra crossings with illumination or colorful and three-dimensional painting have been tested in multiple cities across the nation. 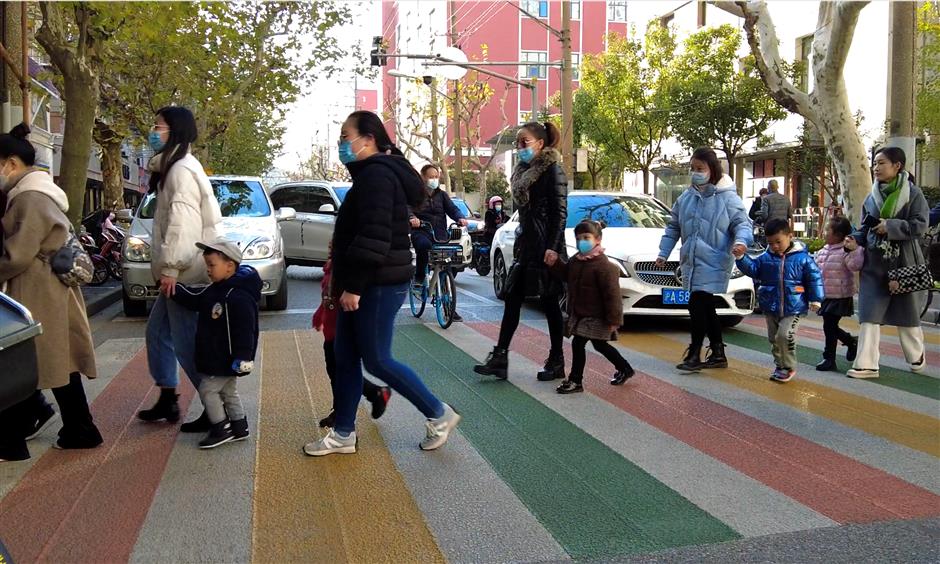 Parents and children walk on the rainbow zebra crossing in Huangpu District.

The zebra crossing on Shanghai's Rushan Road between Dongfang Road and Fushan Road in the Pudong New Area has been repainted with a highly reflective paint. At night, a sign above the crossing reminding motorists to slow down for pedestrians is backlit by lights which also illuminates the crossing below.

In Taizhou, neighboring Zhejiang Province, the zebra crossing on a road was repainted with optical illusion to look as if pedestrians are stepping from one white board, floating well above the road, to the next.

The number of traffic accidents in Shanghai has been decreasing for five straight years, thanks to various innovations, such as the repainted zebra crossing.

No major traffic accident, or those with more than three casualties, has occurred in Shanghai since January 2021, according to local traffic police. 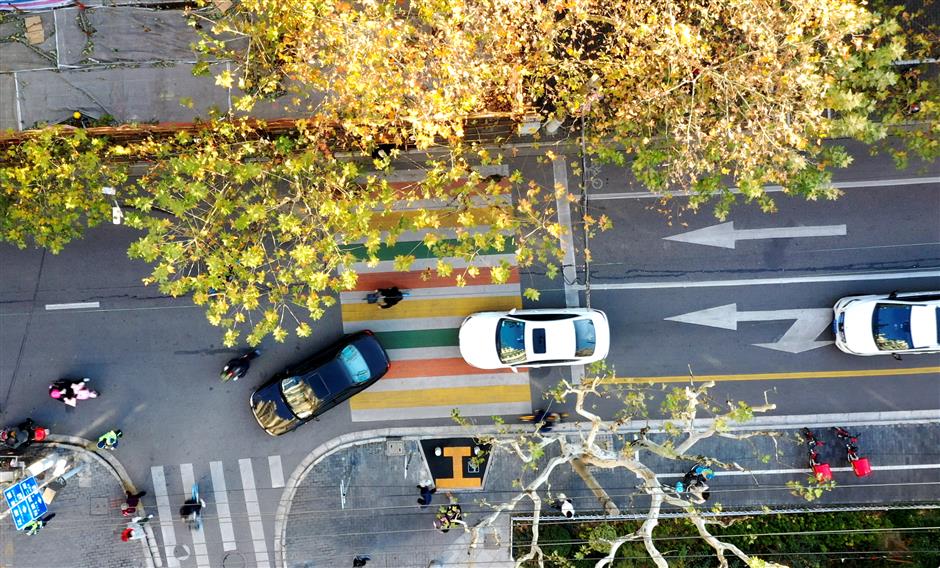 Motorists are reminded to slow down by the vivid colors.