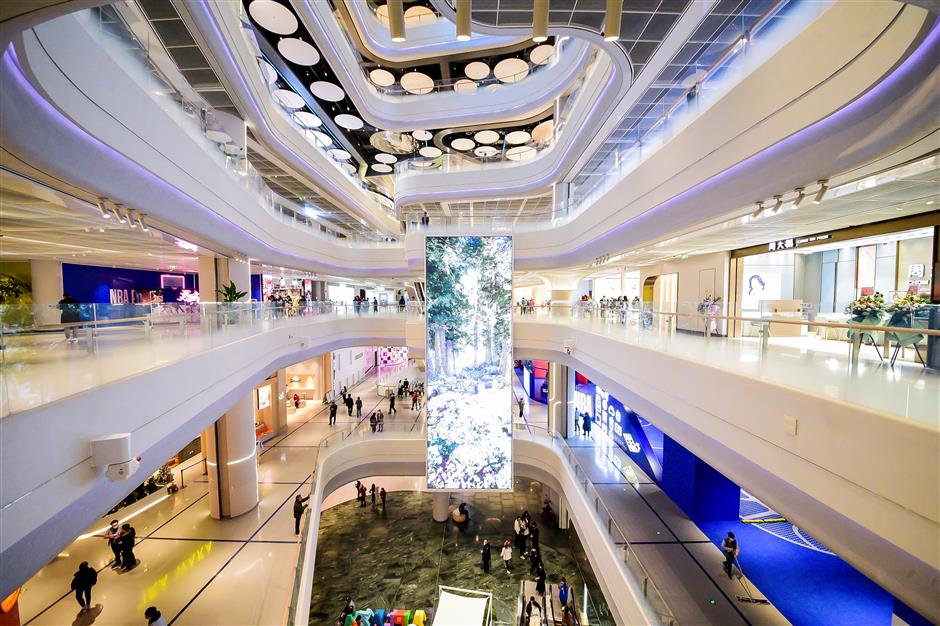 A high-tech screen in the middle of the AI Plaza which opened on the West Bund in Shanghai on Thursday.

AI Plaza, the first major commercial project on the West Bund in Shanghai, opened to the public on Thursday.

The project is said to be China's first shopping mall surrounded by a large swathe of art galleries and museums.

It will mainly serve employees of high-tech companies, residents and visitors to the popular Huangpu River waterfront, making up for the long-term shortage of commercial facilities on the West Bund.

The project involves art and the latest smart applications developed by leading artificial intelligence companies based in the neighboring Shanghai AI Tower, a key site for the city's ambition to become a world "AI Highland."

The riverside area of Xuhui District, featuring an 11.4-kilometer shoreline along the Huangpu River, reflects the city's early industrial heritage, once encompassing a coal wharf, a cement factory, several giant fuel tanks and an aircraft hangar.

They have been converted into popular cultural venues such as the Long Museum, the West Bund Art Center and Tank Shanghai art park. Nearly 100 cultural events and exhibitions are organized there every year. 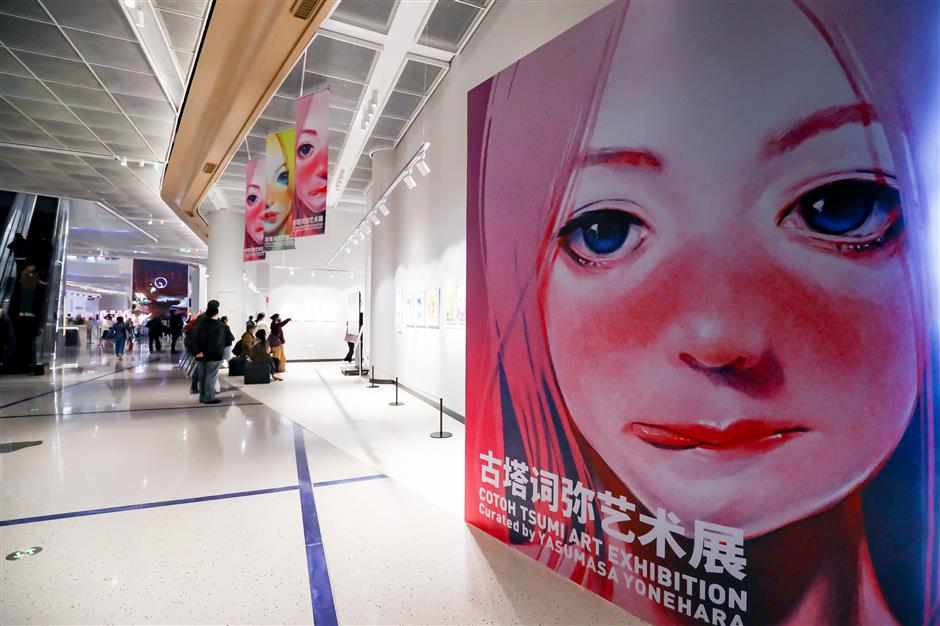 Many contemporary art exhibitions are open to the public in the complex. 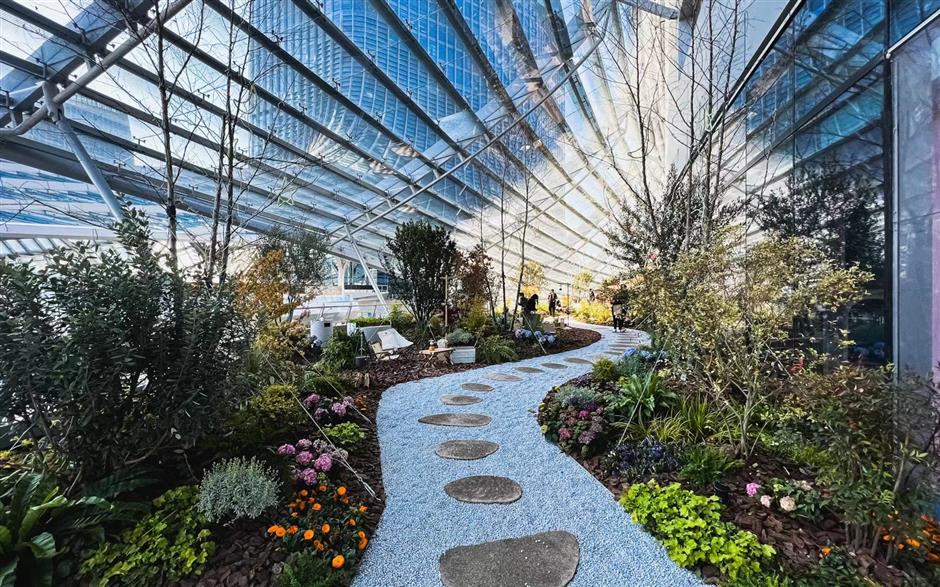 An outdoor garden of the AI Plaza. 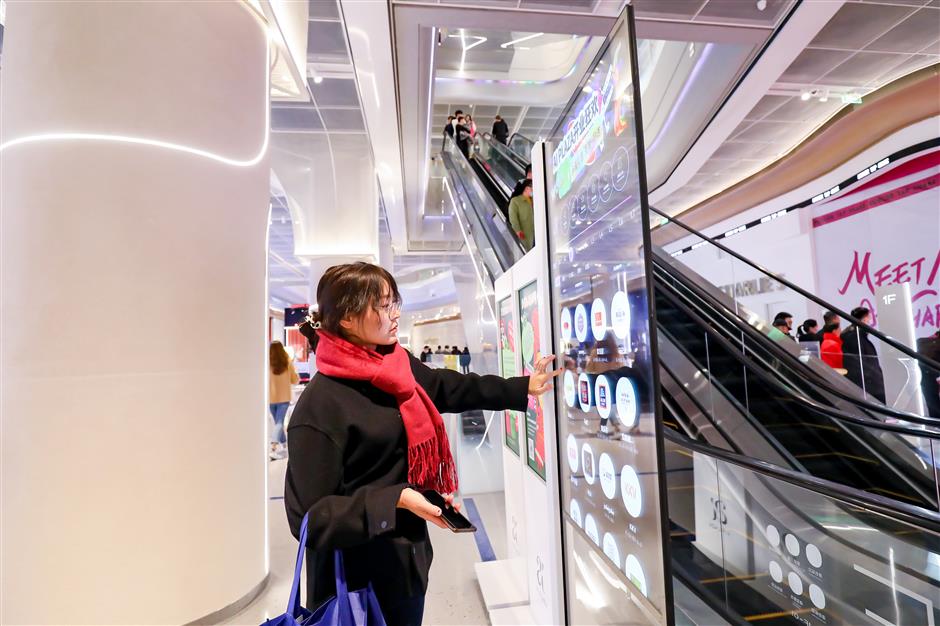 A customer touches a smart screen at the AI Plaza. 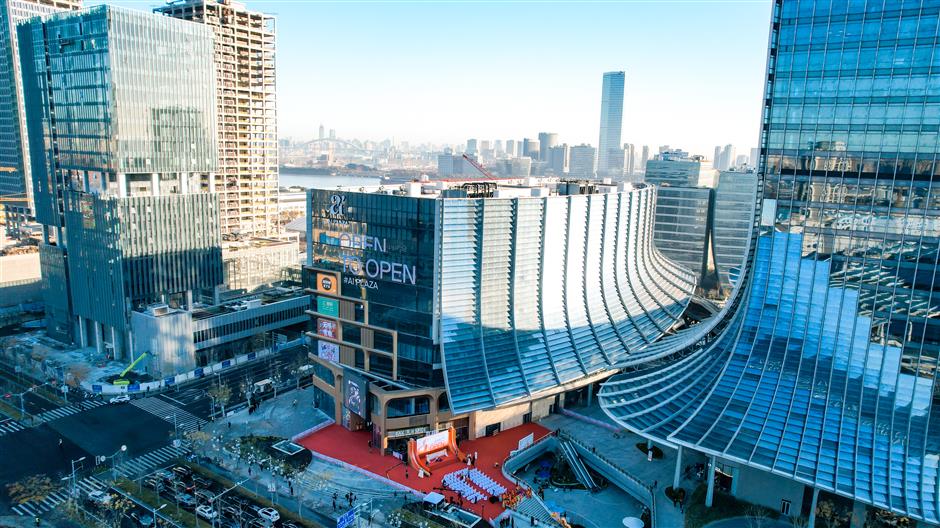 The new commercial project is beside the Shanghai AI Tower, known as the "vertical Silicon Valley" of Shanghai.