Metro Line 14 and the northern part of the Phase 1 of Metro Line 18 will open on Thursday, December 30, Shanghai Metro said on Tuesday.

By then, the Shanghai Metro network will be expanded to 20 lines and 831 kilometers with 83 interchanging stations, retaining Shanghai's status as the city with one of the largest subway networks in the world.

Notably, Shanghai will then also have five driverless Metro lines, with a total length of 167km, leading the world for the first time in the scale of the autonomous Metro system.

Line 14, which runs from Fengbang in suburban Jiading District in the west to Guiqiao Road in the Pudong New Area in the east, is the first driverless Metro line in Shanghai with eight-carriage trains.

The line, which connects Jing'an Temple, Huangpi Road S., Yuyuan Garden and Lujiazui, is expected to relieve the pressure on Line 2 between Jing'an Temple and Lujiazui as well as that on Line 6 between Yunshan Road and Minsheng Road stations.

The line provides a new fast link between Jiangqiao, Zhenru and Jinqiao areas and the city center.

Due to the land acquisition process, Longju Road Station will not open for now.

With the opening of the new part of Line 18, the Longyang Road Station will become the first Metro station in Shanghai where passengers can interchange between five lines – lines 2, 7, 16 and 18 as well as the maglev line. The closest exit to the maglev line is Exit 4 of Line 2.

The line has stations at Fudan University and Shanghai University of Finance and Economics.

With the launch of the line, it's expected that the traffic flow pressure at the Century Avenue Station on lines 2, 4, 6 and 9 will be relieved.

The two lines are the last that cut across the city's central districts.

Some of the exits of stations on the two lines are still under construction, and commuters are reminded that the time taken to walk between different lines at certain stations might be longer than elsewhere, such as when they interchange between lines 3, 4, 11 and 14 at Caoyang Road Station.

About 12 million people rode the city's Metro system this year, accounting for 70 percent of all users of the city's public transportation network, according to Shanghai Metro. 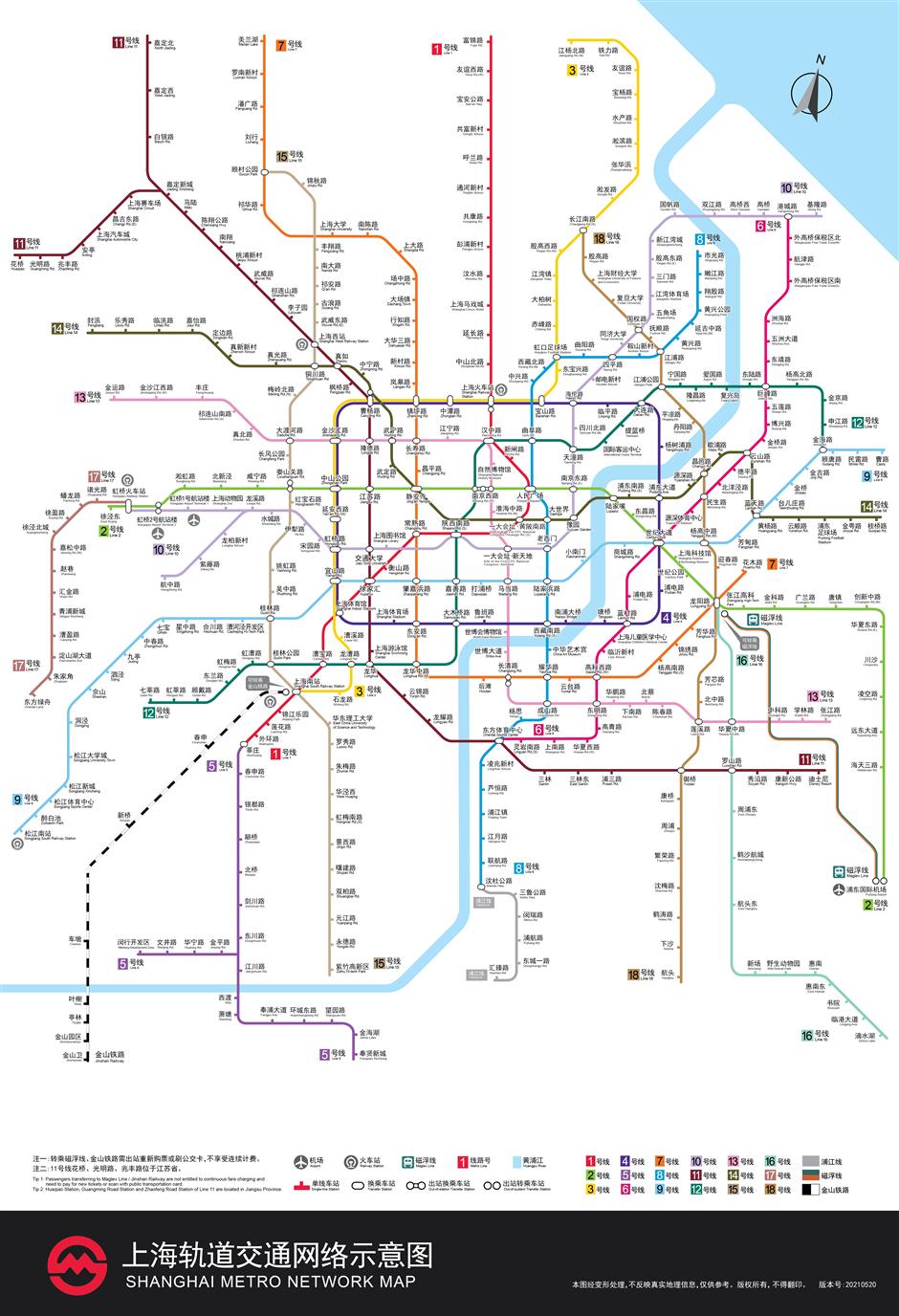