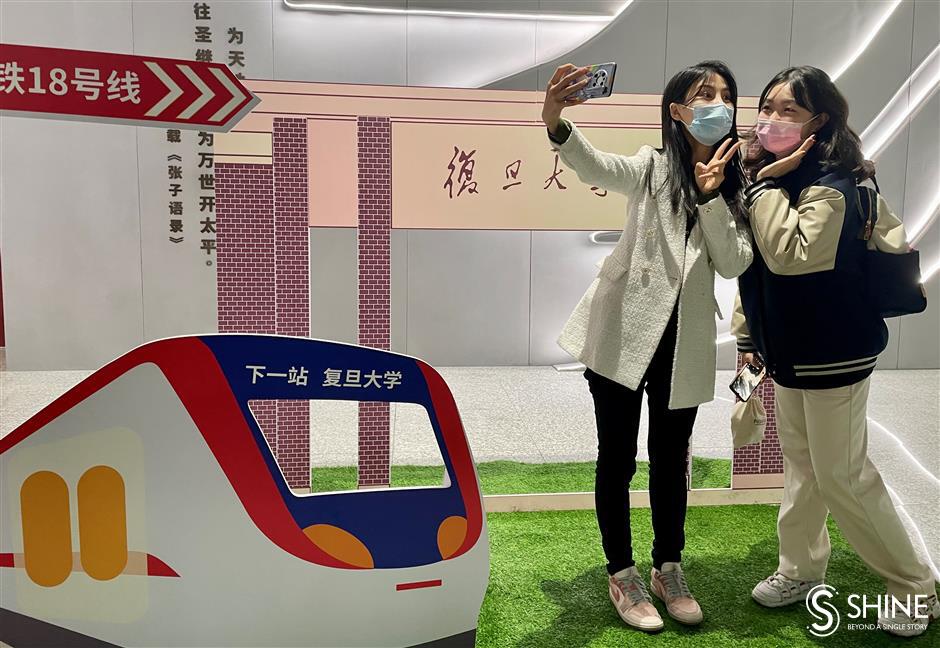 Students of Fudan University take photos to celebrate the launch of the station named after the university on Thursday.

Students and faculty from two universities in Shanghai were excited on Thursday morning when a new section of Metro Line 18 officially started operations with stations named after their institutions.

The stations are so close to the universities – Fudan University and Shanghai University of Finance and Economics in Yangpu District – that some entrances and exits are directly located on their campuses, though they are temporally closed for pandemic controls.

At the Fudan University Station, students took photos of university elements in the hall, such as the origin of its name and its motto.

A ceremony was held in the morning when Jiao Yang, Party Secretary of Fudan, gave out Fudan-branded traffic cards and card sleeves to students riding the Metro.

"Thanks to Shentong Group which has spent six years planning and building the line, providing great convenience to local residents, including teachers and students of Fudan," said Jiao. "It's really a great New Year gift to us."

The originally planned route was found to potentially affect historical buildings on the university campus and was adjusted later to protect them. 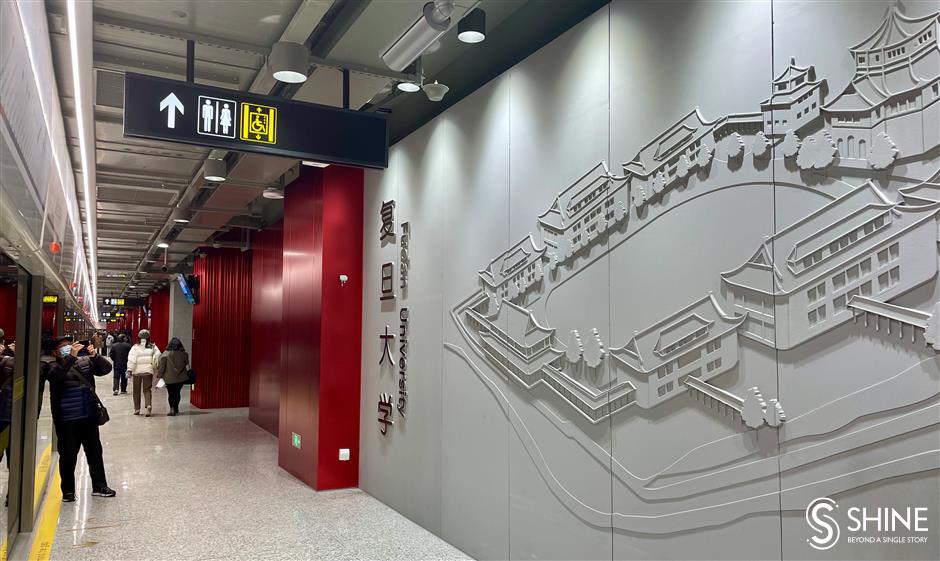 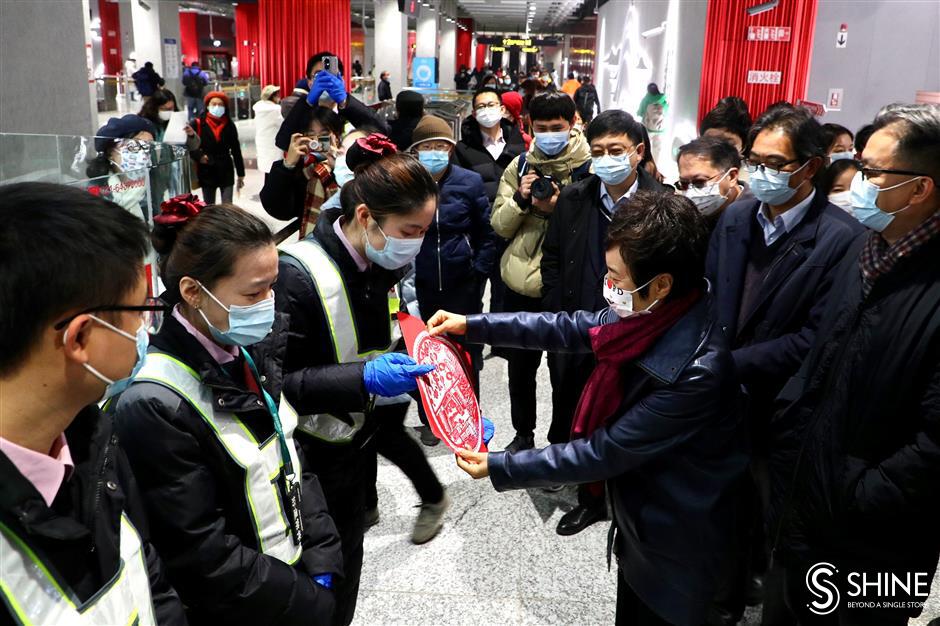 Liu Yehan, a postgraduate in Chinese literature, said he had been studying at Fudan's headquarter campus on Handan Road for seven years and longed for the Metro line to open.

"I really envied my schoolmates at other campuses and students of some other universities with Metro stations at the doorstep," he said. "Finally I can enjoy the convenience, too."

Fudan's Jiangwan campus is by the Guofan Road Station of Line 10 while its Medical College, or Fenglin campus, is near Zhaojiabang Road Station on Lines 7 and 9.

Liu, a native Shanghainese, said he used to travel on three Metro lines and walk a long way between his home in Huangpu District and the university, a journey that took him about an hour. The time is now almost halved.

"Previously, the nearest Metro stations to Fudan were the Guoding Road and Jiangwan Stadium stations, from which I have walk 10 to 15 minutes to the campus," he said. "Now, I only have to walk about two minutes."

The Exit 1 is located in the campus, but is now closed due to pandemic concerns.

Duan Yongchang, a medicine major, said she took a ride on the new Metro line on Thursday morning to mark the special day.

"It's really convenient," she said. "The line started construction when I was admitted to the university and now, four years later, it finally started operation."

Li Chunkun, a 1987 alumni of the university, attended the opening ceremony on Thursday morning.

"I'm glad to see there is now a station named after my alma mater," he said. "It's also more convenient for us to come back to the university." 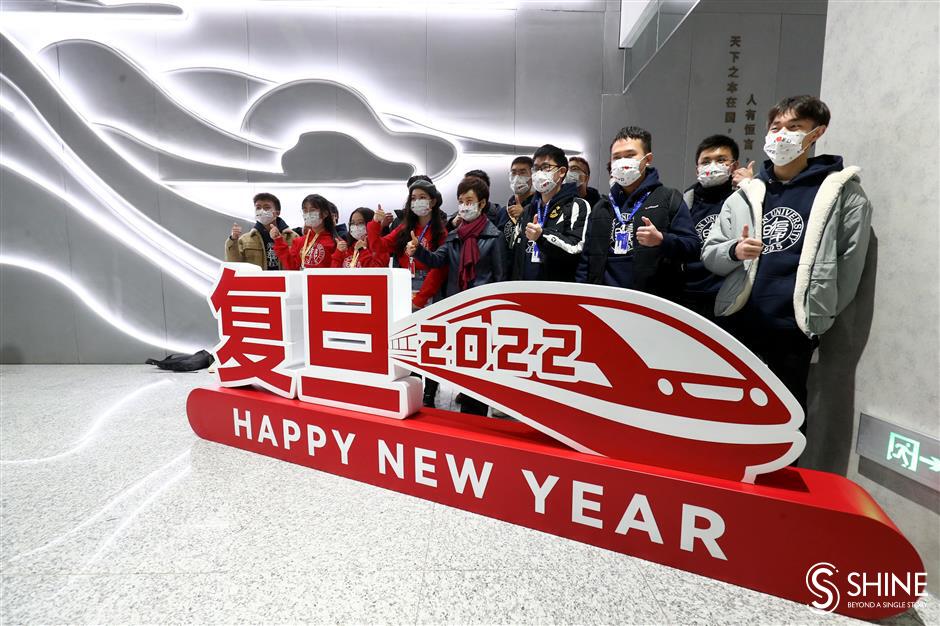 A group of Fudan students take a photo with Jiao Yang, the university's Party Secretary, inside the station. 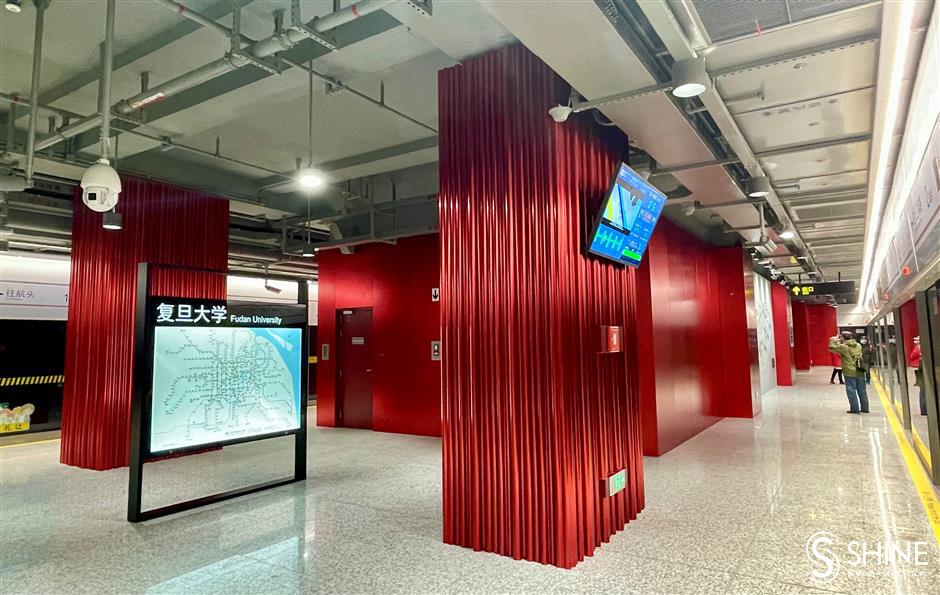 The Shanghai University of Finance and Economics Station is also decorated with elements of the university, such as patterns of its original school gates featuring traditional Chinese carpentry and its motto.

Brazilian student Igor Zheng, a senior student in international economics and trade, was happy with the launch of the new line and new station.

"As international students, we usually bring a lot of luggage. It was not easy taking it to the campus, with Metro stations being far away and taxis expensive for such a long trip between airport and university," he said.

"Now we can take the Maglev from the airport and then change to Line 18 at Longyang Road Station directly to the university. It's easy and economic." 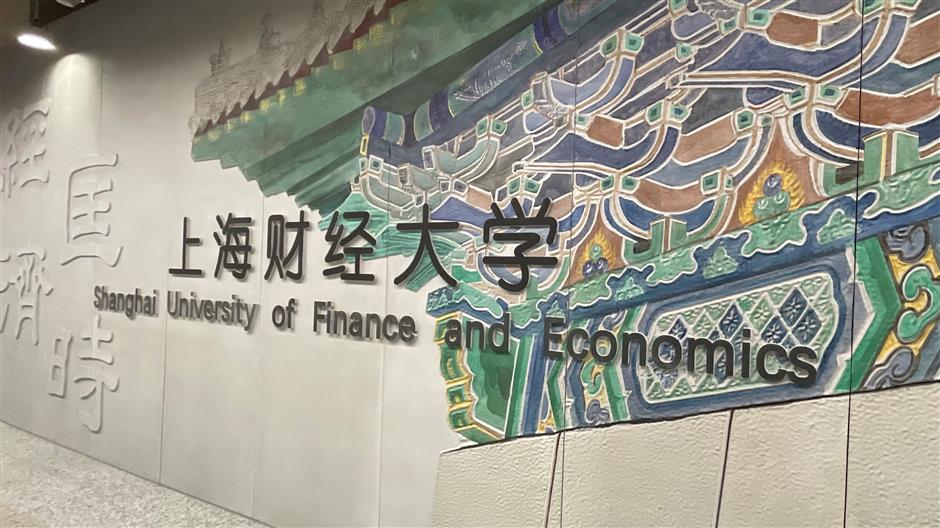 The Shanghai University of Finance and Economics Station 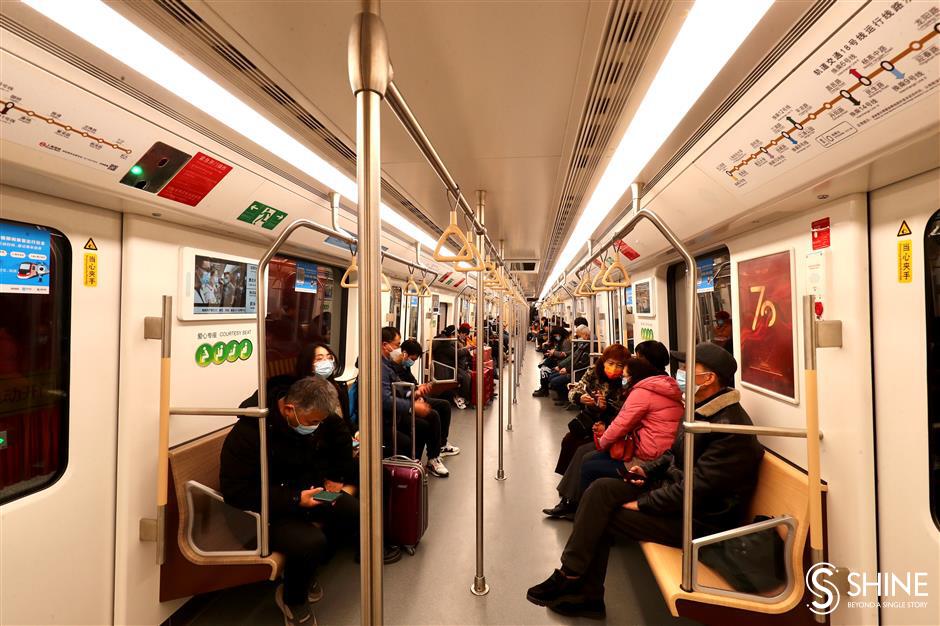 Liya Vong, a finance major from Brazil, found it's now more convenient to go to the Lujiazui financial hub in the Pudong New Area.

"We can take Line 18 at the university gate and then transfer to Line 6 at Minsheng Road to Lujiazui," she said.

"I have been longing for the Metro line since I came here. It was inconvenient with Lines 3 and 10 being 20 minutes walk from our university," Vong said.

"And also I've found the Line 18 trains are driverless and equipped with wireless charging facilities for mobile phones. It's so great."

Shanghai Metro network has 20 lines, covers 831 kilometers and has with 83 interchange stations, retaining Shanghai's status as the city with one of the largest subway networks in the world.