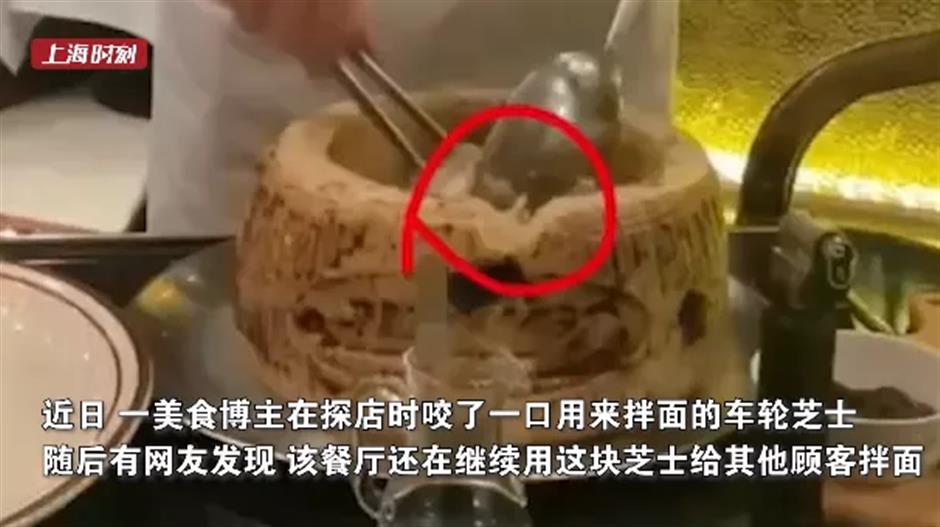 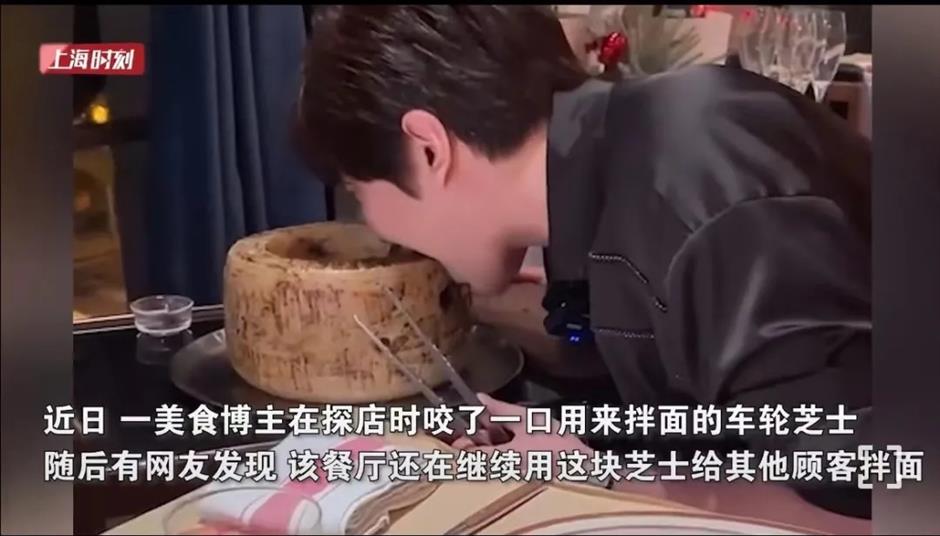 Vlogger Bai Bing takes a bite of the cheese.

A popular Italian restaurant in Xuhui District has been shut down and is under investigation for re-serving previously eaten cheese to new diners a week apart.

A black truffle Italian noodle ordered by a diner at Italo Trattoria on Fumin Road near Shanghai Conservatory of Music was served in a cheese wheel, the dish priced at 298 yuan (US$46.7).

The diner shared a photo of the dish in her WeChat group on Wednesday and a friend noticed the gap in the cheese looked highly similar to one appearing in a vlog by a wanghong (online celebrity) food vlogger.

In the video released on December 22 on Douyin (Chinese version of TikTok), vlogger Bai Bing sank his teeth into the cheese wheel and left an obvious "mark" on it. "I don't know how many diners have eaten the saliva of Bai," the complaining diner wrote.

The restaurant said the "cheese wheel" should have been dumped, but workers disinfected it and continued using it. The management negligence was uncovered by consumers.

The restaurant was closed on Thursday for rectification and the cheese has been destroyed.