Runners, climbers get a head start on health for New Year

Shanghai's sports-loving citizens continued their tradition of starting the New Year by taking part in sports events like running and high-rise climbing.

Hundreds of runners gathered at the riverside area in Xuhui District for the 2022 Vanke New Year Marathon to spend the first day of the New Year in a healthy way.

The event had four options – a 4.2-kilometer full marathon, half marathon, 10K and 5K run. The 200 amateur runners selected the different categories according to their preference and physical condition. 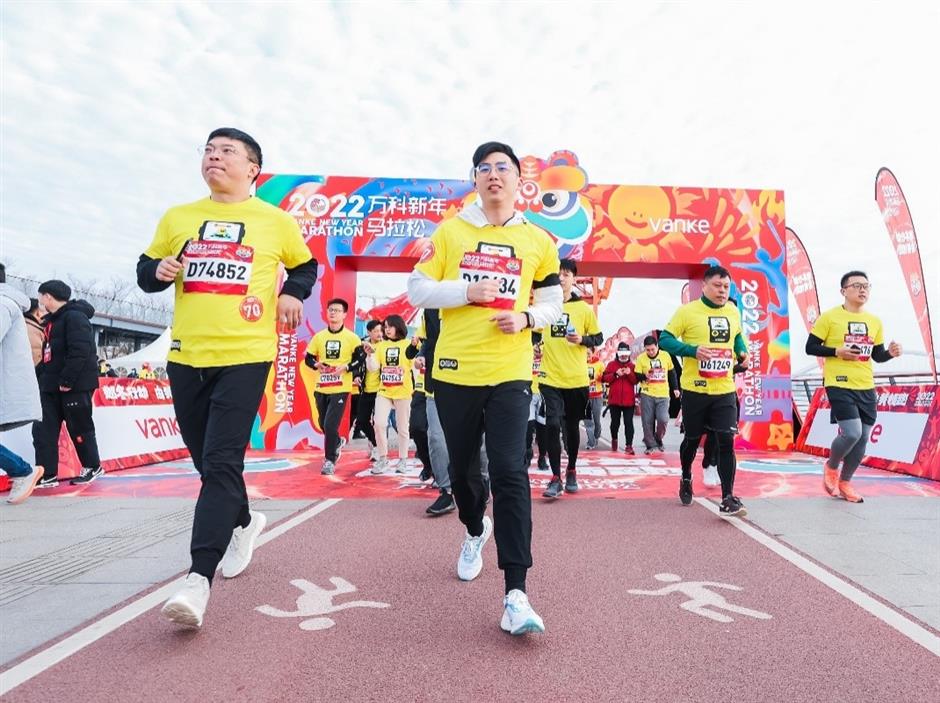 The event was held at the riverside area in Xuhui District.

To encourage participation instead of competitiveness, the organizers did not provide an official timing service. Each runner received a souvenir medal after finishing the race.

Under the influence of the COVID-19 pandemic, the event was on a limited scale and strictly followed anti-pandemic requirements.

For those who could not make it to the scene, organizers presented a virtual online race, which is expected to attract 100,000 participants through January 9. 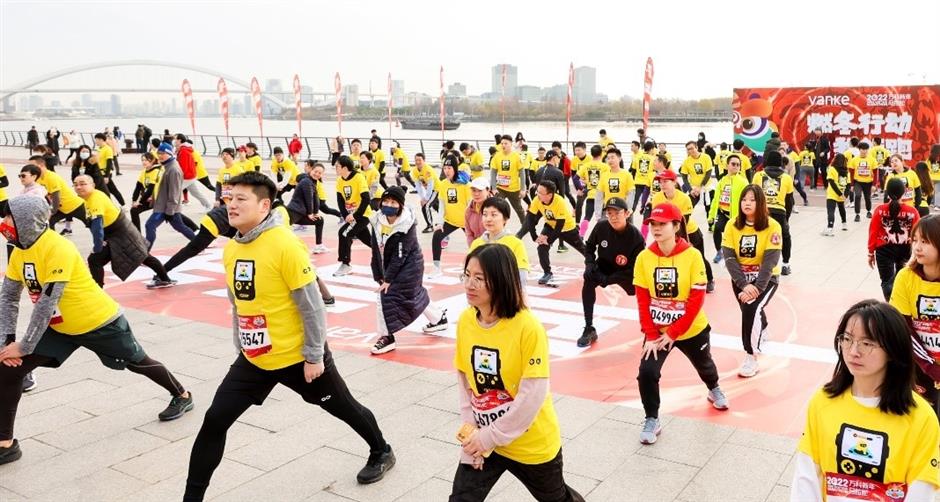 Runners warm up before starting their races.

To climb a high-rise is another traditional New Year activity, as "climbing high" implies making progress and new achievements in Chinese culture.

The landmark Oriental Pearl TV Tower continued to attract vertical runners, who had to clamber up steps to reach the 259-meter-high sightseeing deck to complete the race.

In addition, many went to the Shanghai Disney Resort to bathe in the first day of the year's golden rays as the sun rose over the fairy tale world.

Others went to the 118th floor of the Shanghai Tower to welcome in the new year atop Shanghai. 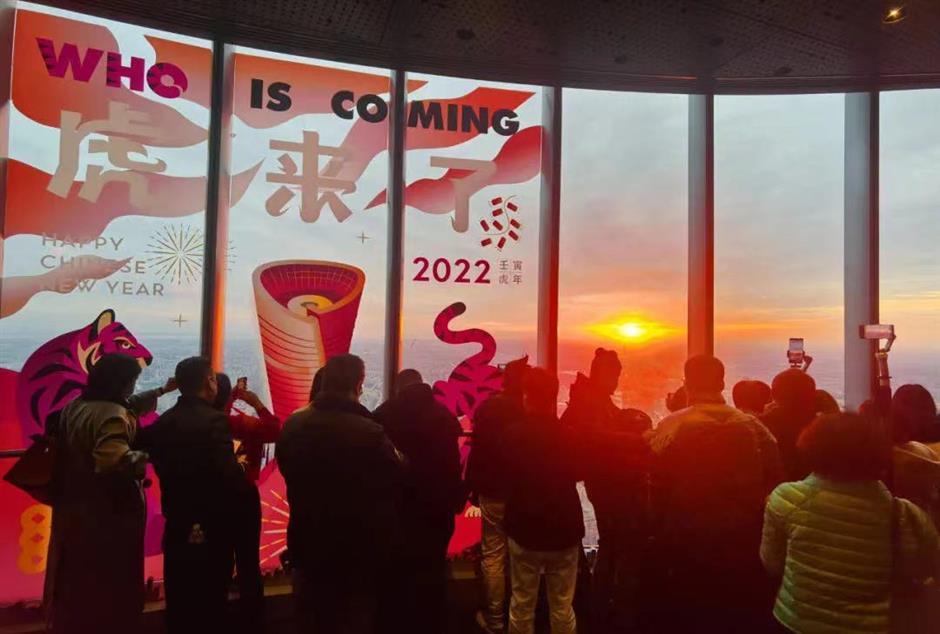 People take pictures of the sunrise at Shanghai Tower. 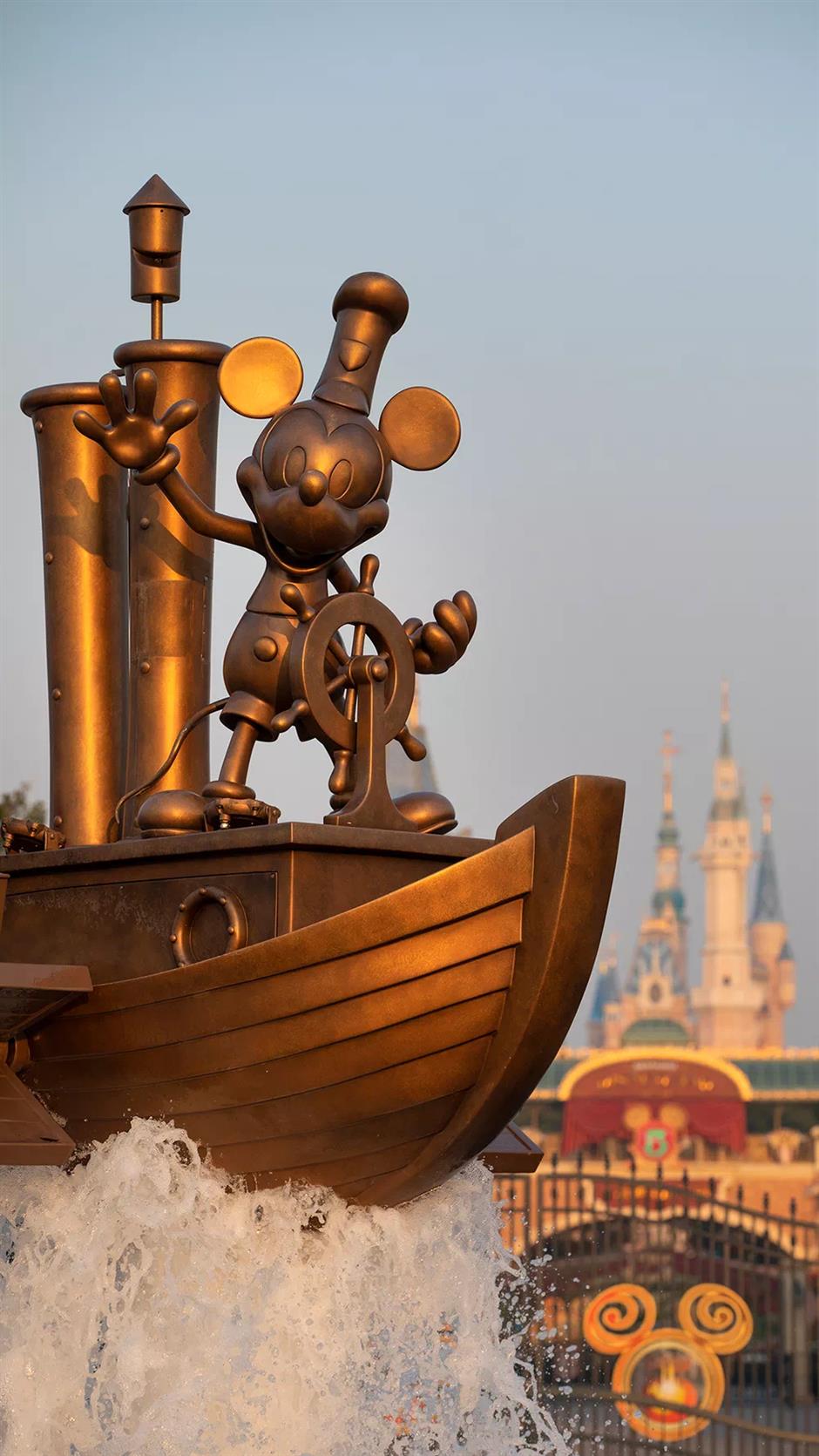