Over century-old power plant gets a new lease of life 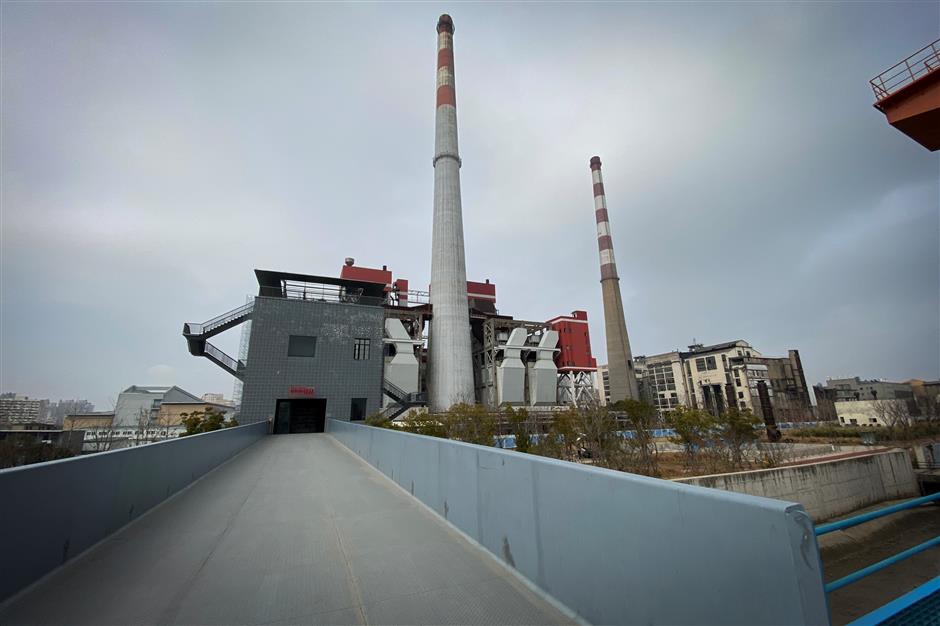 The Yangshupu Power Plant along the Huangpu River.

An artistic rendition of the Yangshupu Power Plant project, which is among a number of new projects launched in Yangpu and Hongkou districts as well as the Pudong New Area on Tuesday.

The Yangshupu Power Plant, once the biggest thermal power plant in East Asia and the Shanghai's tallest structure, is about to become a new industrial base for global headquarters of the energy and environmental sectors.

Construction started on Tuesday to renovate the over century-old power plant along the Huangpu River in Yangpu District.

It was among a series of key projects in the Pudong New Area as well as Hongkou and Yangpu districts that launched construction on the first working day of 2022.

Other projects include the industrial park in Pudong to serve the assembly of China's domestically developed airliners as well as a major facelift on Luxun Park in Hongkou, a nearly century-old park named after the forefather of China's modern literature.

Citizens and tourists can now watch the appearance of the power plant, which was built in 1913 and operated until 2010, along with a dozen of China's earliest industrial heritages along Yangpu's waterfront.

According to the blueprint, the two iconic chimneys will be preserved along with the main body of the plant. Skyscrapers will be built beside the plant which will be home to headquarters and research and development centers of enterprises in the energy and environmental technology industries.

The project, with a total construction area of 290,000 square meters, will become a "global landmark" and pilot project for Shanghai to become an outstanding metropolis in the world, according to the Yangpu government.

Construction began on about 20 projects, with a total investment of nearly 50 billion yuan (US$7.8 billion), in Shanghai's northeast downtown on Tuesday.

Another artistic rendition of the Yangshupu Power Plant project in Yangpu District.

Many key projects are rising on the waterfront region.

The Yangpu waterfront is known as the birthplace of China's modern industries with the nation's first water, electricity, shipbuilding and textile companies located here. Many of the industrial buildings, such as the iconic power plant, have been preserved during redevelopment of the riverside area.

Now, a demonstration zone for Shanghai's digital transformation strategy is being developed along the river, to feature smart transportation and urban management as well as intelligent technologies like artificial intelligence and 5G.

Construction began on Tuesday for the new headquarters or R&D centers of ByteDance, Meituan and Bilibili, all domestic giants of the online new economy sectors, along the river.

As a highlight, four preserved factory buildings will be renovated into the headquarters of tech giant ByteDance, the owner of Duoyin, or TikTok. The former plants will become office buildings as well as exhibition and innovation center of the tech firm.

The video streaming platform Bilibili will develop the riverside region beside the Yangpu Bridge into a digital entertainment industrial center. A new immersive performance center has been planned to turn the area into an "online and offline multicultural park."

During a visit to the riverside area in November 2020, President Xi Jinping said: "Cities are built by the people and for the people." He said urban planning and development must be committed to a people-centered approach and focus on people's needs.

The waterfront will become a demonstration zone for how the city develops with its people as the focus, according to the blueprint.

An artistic rendition of the industrial park for China's domestically developed airliners in the Pudong New Area.