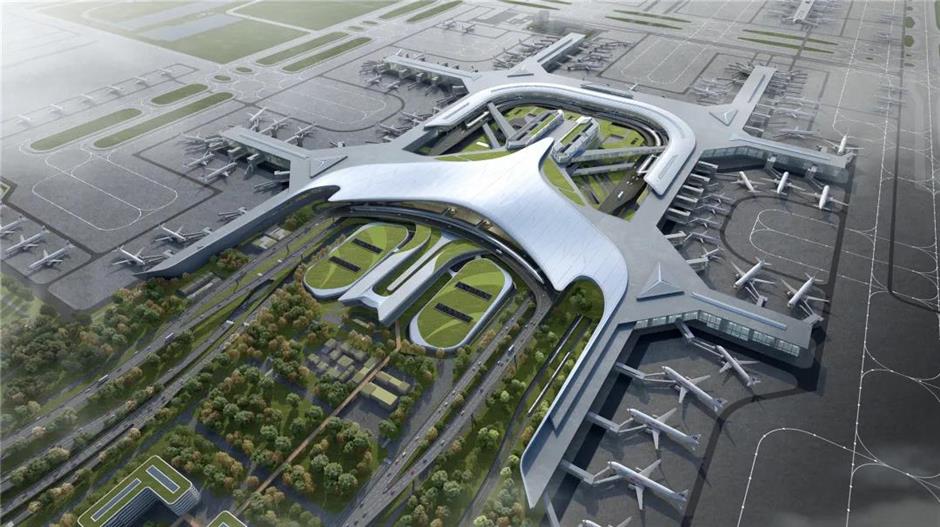 Despite a sharp decrease in the number of outbound travelers amid the COVID-19 pandemic, Shanghai's major air transport hub continues to expand its capacity to handle over 100 million annual travelers.

Shanghai Pudong International Airport has initiated a new round of expansion work, marking the beginning of a large swathe of new construction projects across the city in the new year.

The Phase-4 expansion project includes an additional terminal building to meet both the rising demands of air travel and the city's ambition of becoming the world's top shipping and air transport center, the Shanghai Airport Authority said.

The T3 terminal is expected to serve 50 million passengers annually. Upon its completion, Pudong airport will be able to handle 130 million air travelers annually by 2030, on par with the world's top air hubs such as London's Heathrow and Atlanta's Hartsfield-Jackson airport in the US.

The T3 terminal will have twin terminal buildings with nearly 100 aircraft stands for international and domestic flights separately. The design of the architecture, dubbed "Soaring," looks like a hawk spreading its wings. 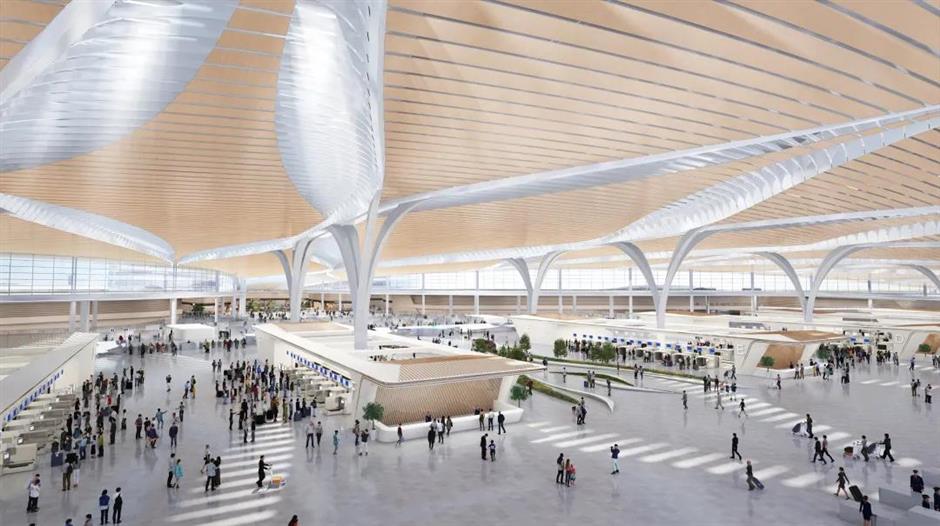 "The T3 terminal will set a standard for large domestic airports in terms of the capacity for international travelers as well as the number of aircraft stands for direct boarding and transferring," said Zhou Junlong, vice president of the Shanghai Airport Authority.

Zhou told a previous press conference that the new terminal will cover 1.19 million square meters to the south of the S1 and S2 satellite terminals.

A new transport center, stretching 1.03 million square meters, will be built and attached to the T3 terminal. It will be more convenient for air travelers to transfer to public transportation and to catch flights.

Multiple public transport systems, such as the Airport Express Line, Metro lines 2 and 21, as well as the Shanghai East Railway Station, will be connected with the new terminal.

Shanghai aims to become the world's top shipping and air transport center by 2025.

The first-class international hub will feature convenient and efficient transportation, an integrated network, and green and intelligent operations, according to the Shanghai Transport Commission.

Over 100 airlines were in operation at the Pudong and Hongqiao airports by 2019 with flights to 314 destinations in 50 countries. The airports handled 120 million passengers annually along with some 4 million tons of cargo, ranking fourth on passenger turnover and third on cargo among global airports respectively.

During the COVID-19 pandemic in 2020, the two airports took over about a third of China's inbound and outbound overseas flights as well as half of imported and exported coronavirus prevention supplies.

The airport authority finished its Phase-3 project, which included a satellite terminal covering 620,000 square meters, in 2019. The H-shaped terminal building, the world's largest, is about 700 meters from the existing T1 and T2 terminals.

Furthermore, Shanghai will also support the planning and construction of a new airport in Nantong, in neighboring Jiangsu Province, to consolidate the core status of the Shanghai international air hub.

Passengers will be able to check in at remote terminals and take long-distance buses to the airports in Shanghai, in neighboring Yangtze River Delta cities, such as Suzhou in Jiangsu Province and Jiaxing in Zhejiang Province. 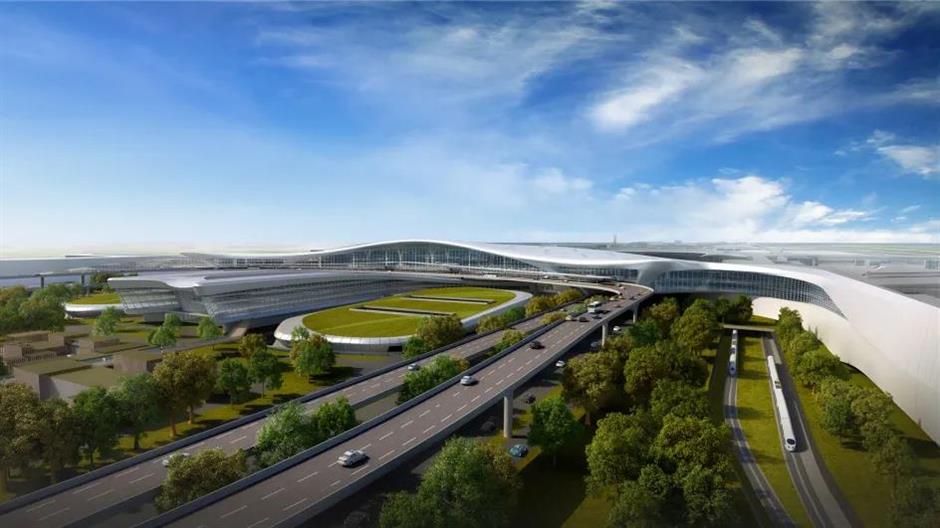 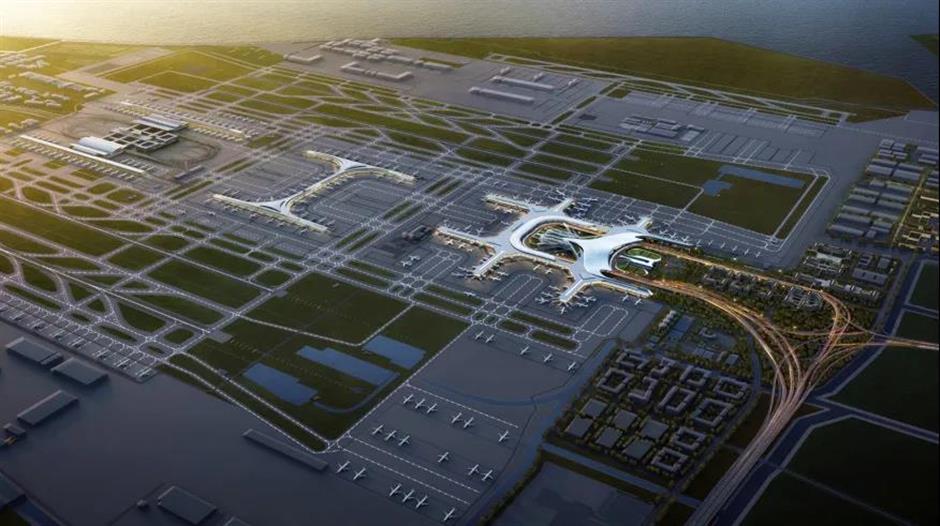 The three terminal buildings and a satellite terminal of the Pudong airport.