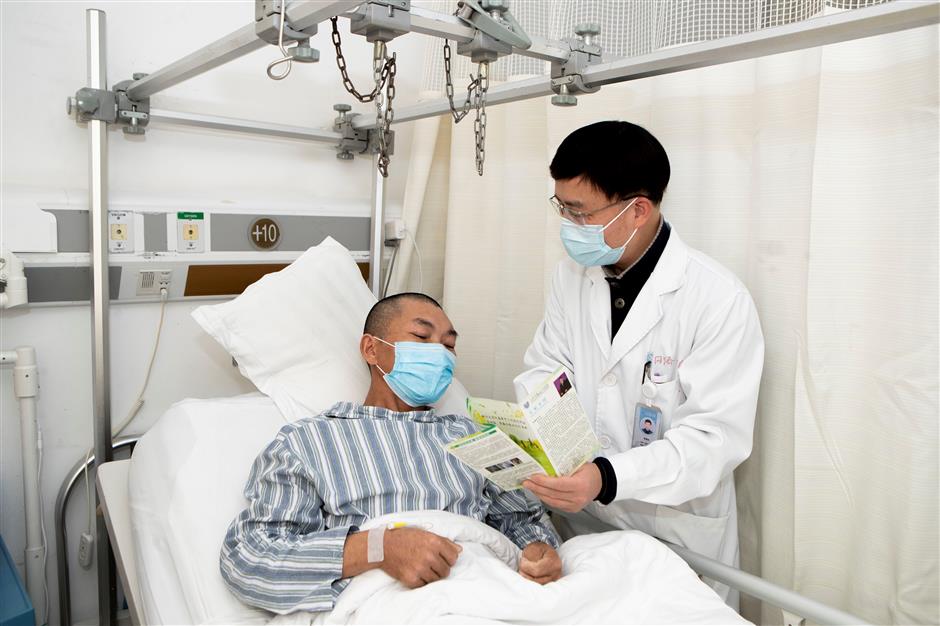 The construction worker is now recovering well after surgery to remove the steel bar.

A construction worker, whose body was penetrated by a 60-centimeter steel bar following an accidental fall, was saved by doctors at Shanghai 10th People's Hospital.

The 41-year-old worker accidentally fell to the ground from a scaffold at a construction site on December 26. The steel bar, 4 centimeters in diameter, entered his body from the bottom of the right thigh.

He was rushed to a nearby hospital in suburban Jinshan District and then transferred to Shanghai 10th People's Hospital by ambulance.

When he arrived at the hospital, both of the ends of the bar were about 10 centimeter outside the body. Doctors called firefighters, who removed the parts using an electric saw, allowing doctors to go ahead with the surgery.

To ensure the operation's success, doctors created a model of the bar inside the body through 3D technology to guide the procedure.

After a 3-hour surgery, doctors successfully removed the bar.

The patient, who was transferred to the ordinary ward from the intensive care unit seven days later, is recovering well. He is expected to be discharged in one week, doctors said on Thursday. 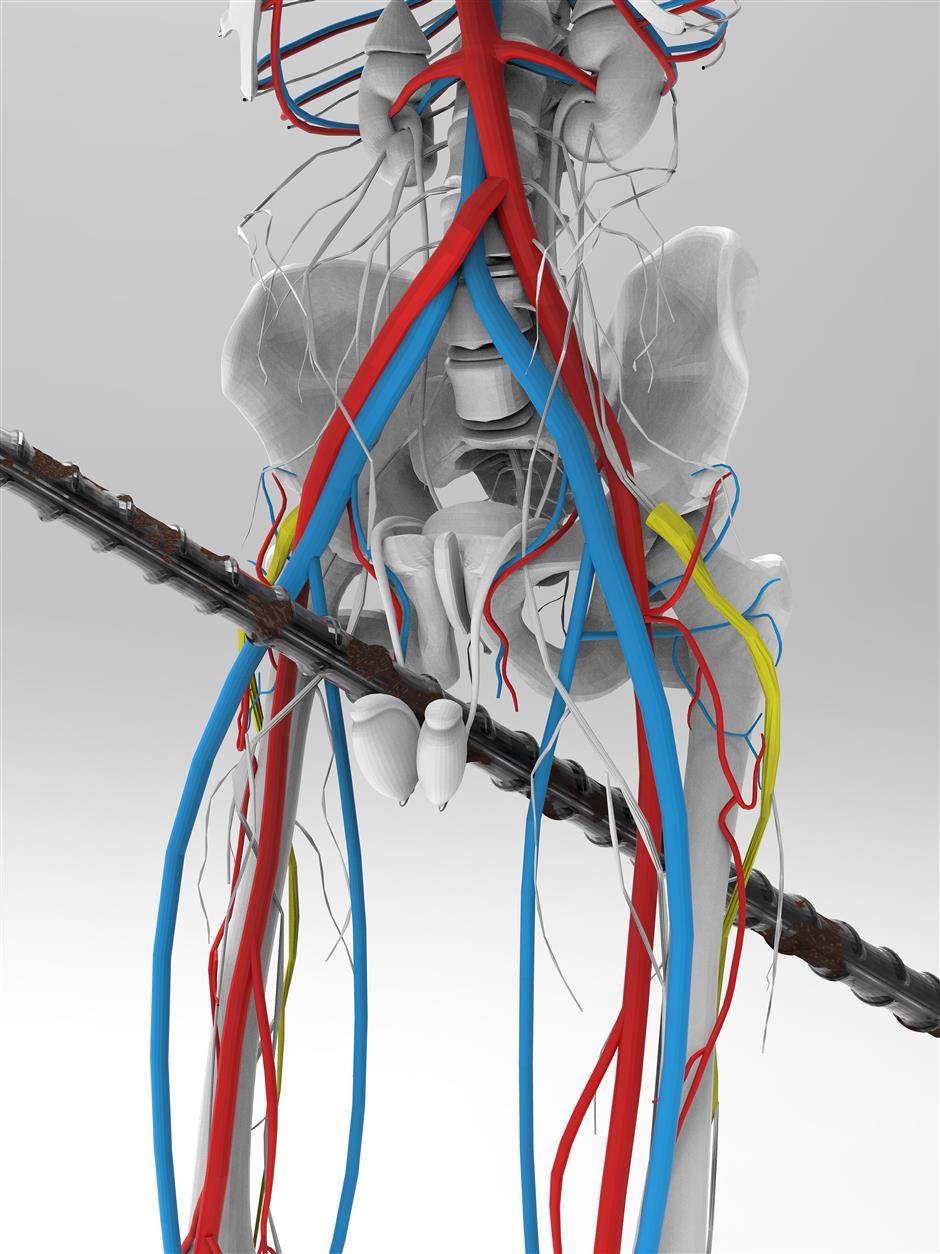 A 3D image of the steel bar inside the patient's body. 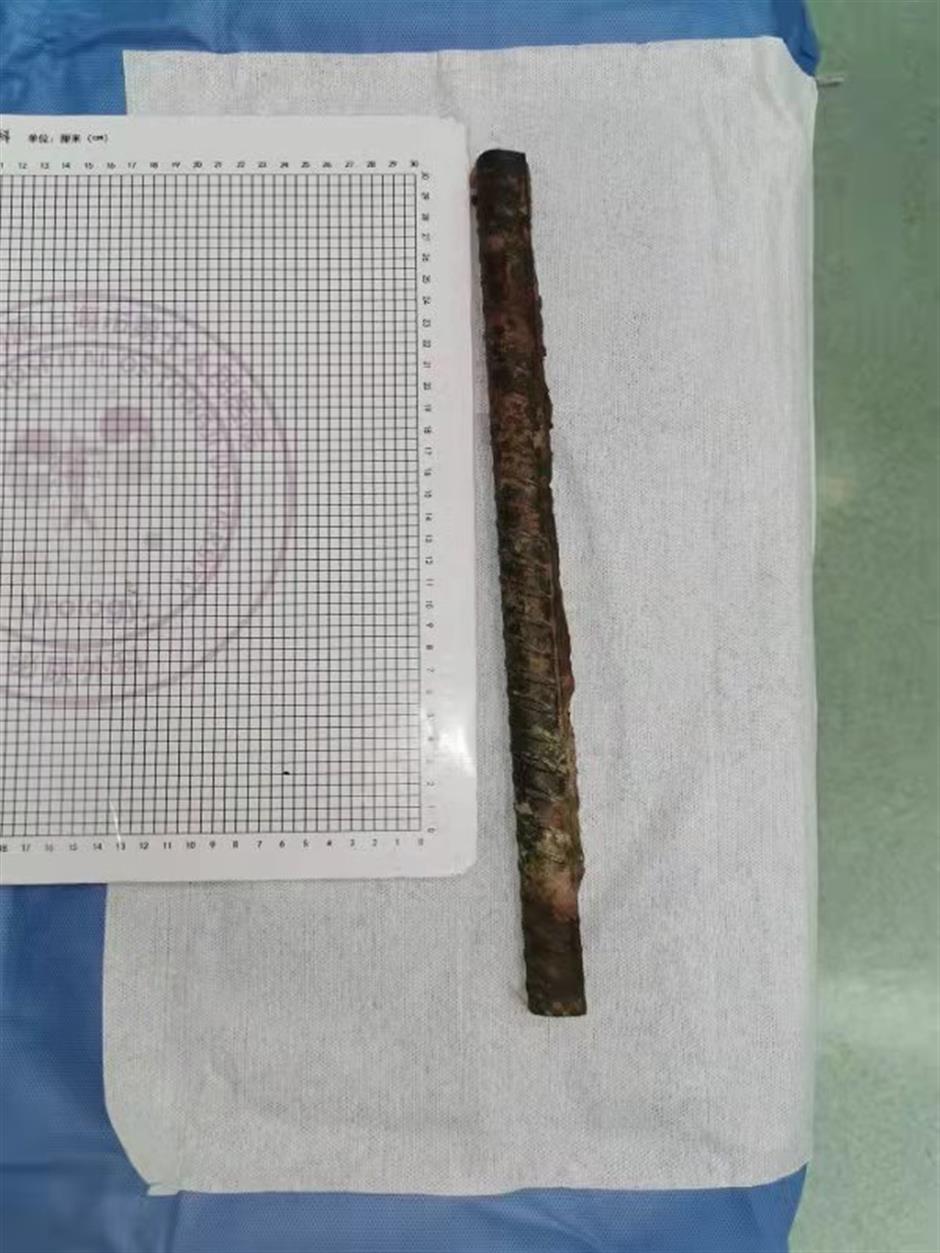 The steel bar that was extracted from the patient's body.