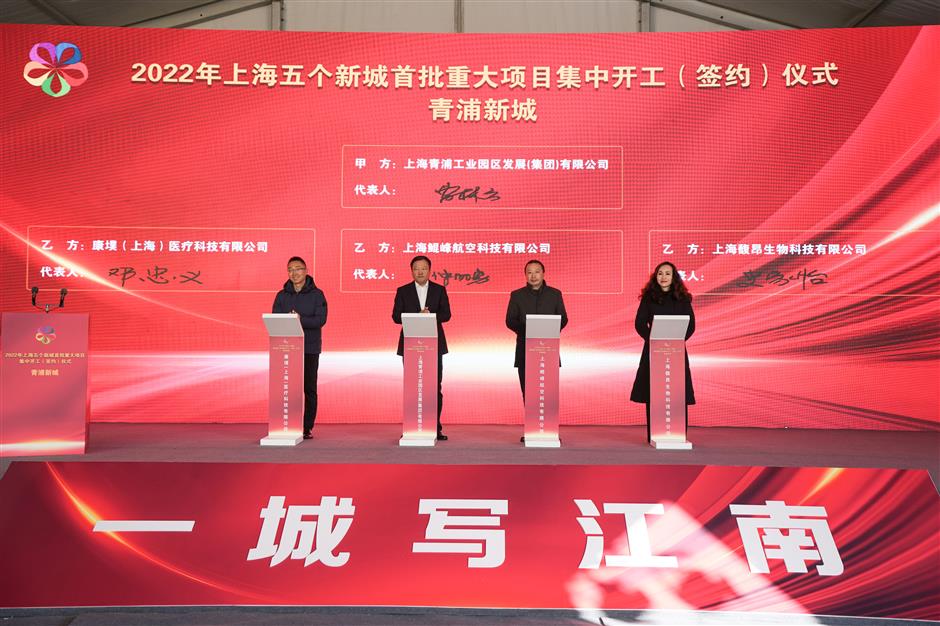 Officials launch the start of construction of projects in Qingpu New City on Thursday. 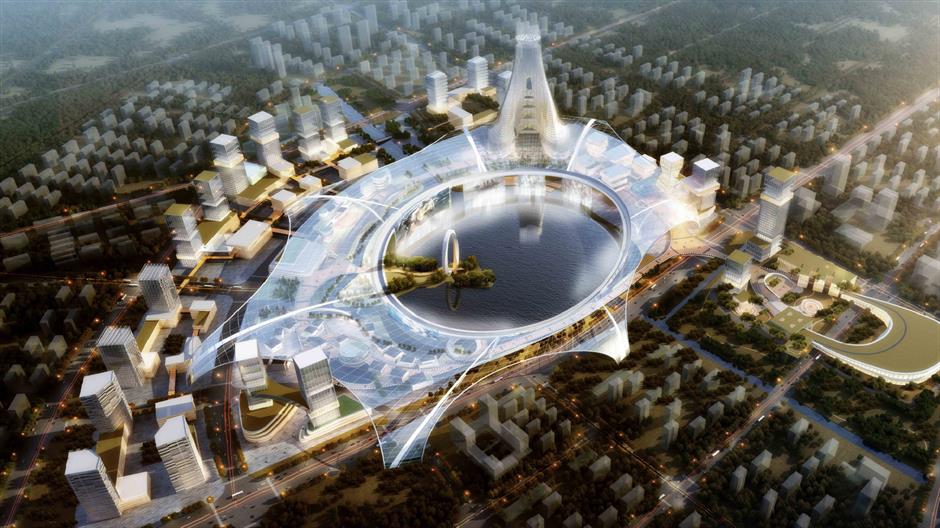 The development of Shanghai's five "new cities" is projected to hit the fast track in the New Year, with construction of a number of big projects starting on Thursday.

They cover a wide range of areas such as industry, infrastructure, public services and ecology and include the Sanyuan Road sewage pipeline renovation, a kindergarten and a primary school in Qingpu New City, the renovation of the Qingpu branch of Zhongshan Hospital, and river course improvement projects at Yangjiabang and Shuidubang.

The three projects for which agreements were signed involve life science, biomedicine research and development, and unmanned aerial vehicles.

"The construction and (agreement) signing for these projects are of great significance in accelerating the industry upgrade of Qingpu, lifting the suburban district's appearance, and improving the public's life and ecological environment," said Xiao Hui, an official with the Qingpu District government.

The development of Qingpu New City was mapped out as well. 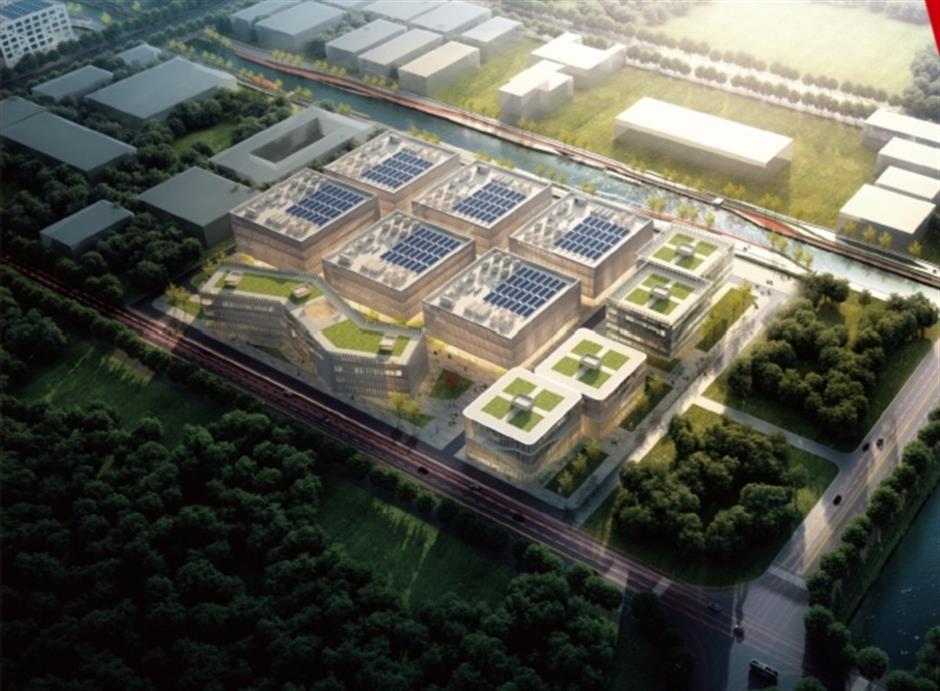 An artist's rendering of a life sciences park project in Qingpu New City. 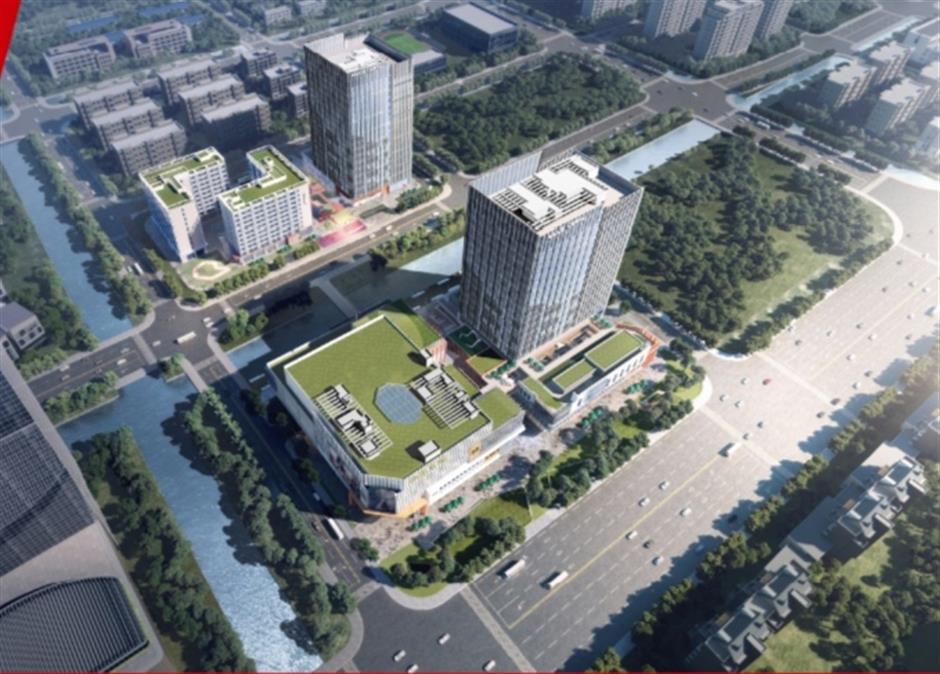 An artist's vision of a financial headquarters project in Qingpu New City.

As Qingpu is rich in water resources, piers for sightseeing cruise ships and yachts will be built in the core area of Qingpu New City.

"Qingpu New City will develop water sightseeing and tourism, and build more 'green' paths along rivers for walkers and joggers," said Xiao. "A number of rest stations where people can read books and sip a cup of coffee will be created."

A central park covering 1 square kilometer and a transport hub in the new city is also on the agenda.

Songjiang New City, meanwhile, will embrace a lovely future with a beautiful environment and high-tech industries as the first batch of projects went into operation on Thursday, the Songjiang District government said at an opening ceremony to launch the projects.

As a highlight, construction for a new ecological waterfront project, surrounding the area of Shanghai's "high-tech film and television city," has begun.

It will integrate many functions such as public space, non-motorized traffic and public art with scenic lakes and rivers. The project's lake water area will cover about 450 mu (30 hectares), with the perimeter of the main lake about 3km long.

"In the near future, local residents can enjoy walking and jogging along the main lake of this ecological project," Zeng added.

A total of 14 major projects, with an investment of more than 5 billion yuan, have gone into full operation, it was announced at the ceremony.

The opening ceremony for major projects in Songjiang New City was part of the complete five "new cities" construction plan, which includes hundreds of other large-scale projects in suburban Jiading, Qingpu and Fengxian districts as well as Nanhui in the Pudong New Area, which were also announced today.

Shanghai unveiled its plan to develop five "new cities" last January as part of its strategy to connect more tightly with other cities in the Yangtze River Delta region and seek future economic and social development.

In Fengxian New City, a public space where people can read books and take rest will be built, with construction starting on Thursday.

The Dingfeng Sauce Plant, with a hundred year of history, will also be renovated.

They cover digital circuits and AIDS drug research and development.