A volunteer teacher with children benefiting from the program.

An education public welfare program for children in China's remote rural areas is projected to bring changes to 90,000 countryside schools.

In China's Qingcheng County, Gansu Province, primary schools did not have English, fine arts and music classes. This all changed five years ago when the program was introduced, which brings these classes via broadcasts to local children, as well as online training for local teachers.

The program launched by Shanghai-based U-light, a public welfare foundation, with support from government authorities, companies and organizations started 10 years ago. The Internet-related facilities involved are distributed by the foundation. 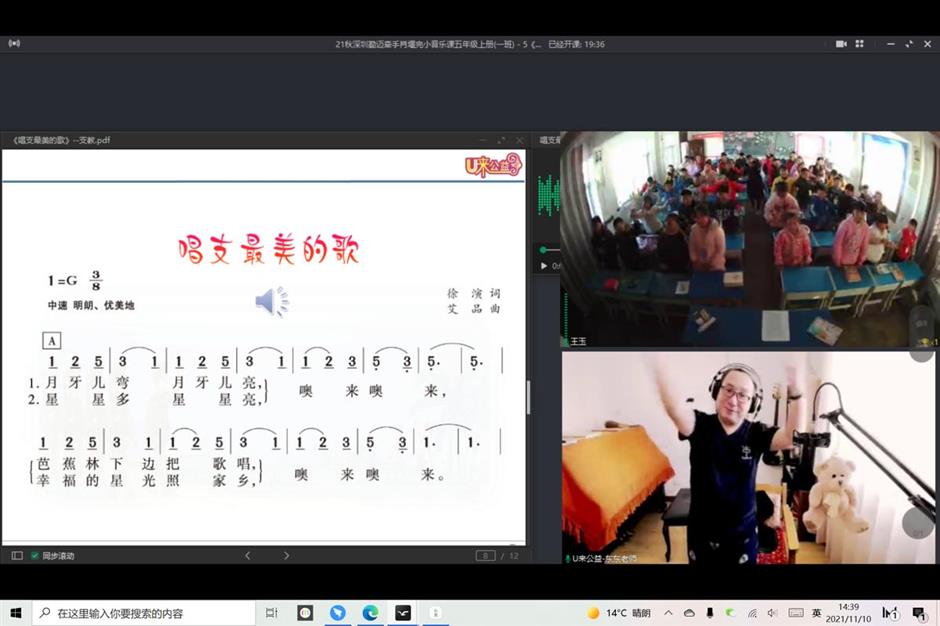 An online course is delivered.

The blackboard is now a screen.

"Under the program, children in villages get in touch with classes simultaneously with those in cities. Online training on psychology education was held for local teachers."

Now, all primary schools in the county have been covered by the program, and the model has been introduced into Jingyuan County in Gansu, Daozhen County in Guizhou, Xiangxi Village in Jiangxi and Xiaoyan Town in Hubei.

In total the program has been introduced into 16 provinces, benefiting more than 40,000 students and more than 1,000 teachers so far.

It has more than 300 volunteer teachers, and Jiang Haining is among them.

Jiang applied to be a volunteer in 2015. 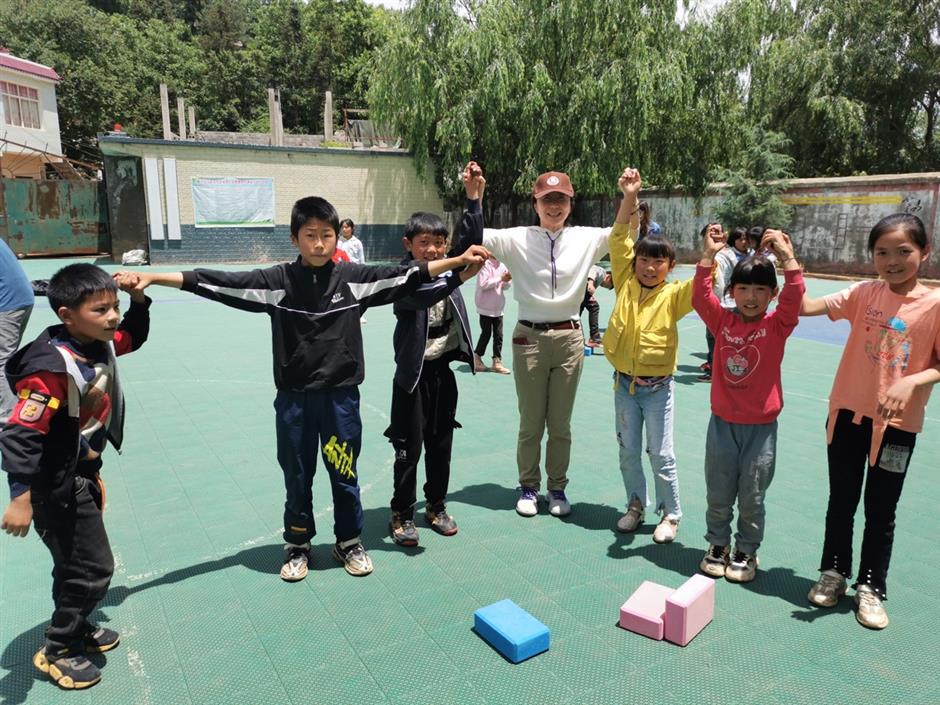 "I have strong sense of fulfillment as my students were enrolled by the best local middle schools, and my family and friends have also joined in the charity course under my encouragement," she said.

"I have deep bond with these children," she added. In addition to online courses, she also visited them.

Shanghai Hanting Public Welfare Foundation has provided financial support to 31 primary schools since 2016, and it has teamed up with the program.

"Short-term volunteer teachers at village schools is not a good choice because teachers change frequently and the knowledge local children take is intermittent," said He Bingying, director general of the foundation.

"Good teacher and class resources are introduced to rural areas via technology in this program, which can be a standard and long-term."