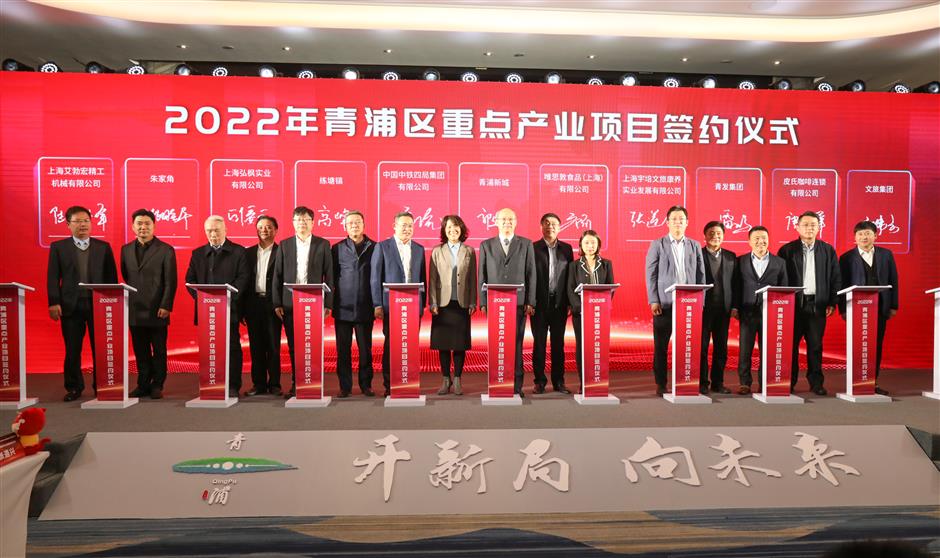 The development of Shanghai's suburban districts has gained new momentum in the New Year.

Thirty key industry projects with a total investment of 22.8 billion yuan (US$3.58 billion) were signed in Qingpu District over the weekend.

These projects involve priority and leading industries in the district with huge growth potential. Seven of them are located in Qingpu New City.

These projects are expected to provide strong support for the construction of the Hongqiao International Hub, Yangtze River Delta Ecology and Greenery Integration Demonstration Zone and Qingpu New City, the district government said.

A digital economy science and innovation park with a total investment of 3.26 billion yuan will be built in the district by HOdo Group, focusing on biomedicine, industrial Internet and e-commerce.

The construction of the Lingang branch of the Shanghai Sixth People's Hospital, Nanhuizui Ecology Park and the ecological project of Dongyin River will be accelerated this year.

In Fengxian District, a public venue where people can read books and enjoy a rest will be built, with construction starting this week.

The Dingfeng Sauce Plant, with a hundred year history, will also be renovated this year in the district.