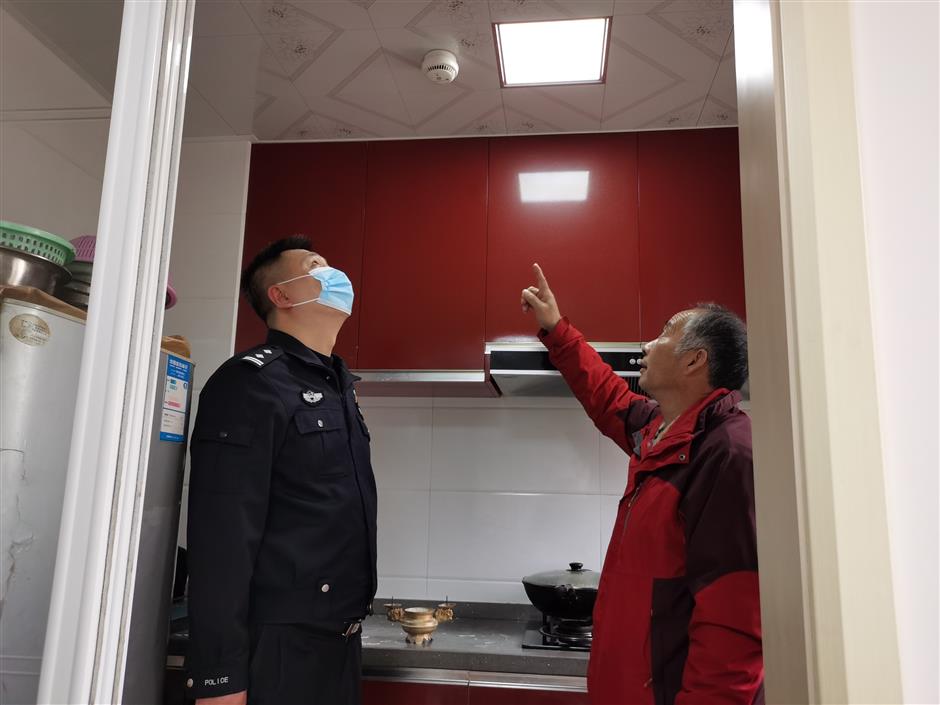 An elderly resident in Waigang Town, Jiading District, has a smoke detector installed in his kitchen. 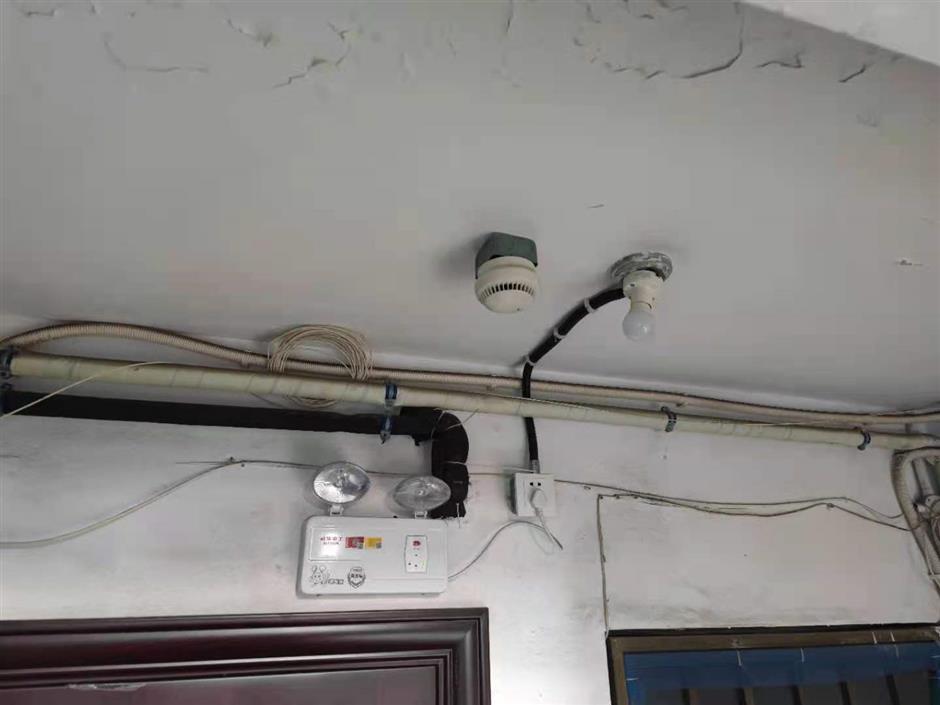 A smoke detector installed outside an apartment of an elderly resident in Zhenxin Subdistrict, Jiading.

The shriek of an alarm broke the peace of Jiashangfang, a residential complex on Jintang Road in Jiading District, on the evening of December 27 last year.

When people located the noise from a fourth-floor apartment in building No. 41, pungent smoke was filtering out of the edges of a closed door.

Police officers and firefighters arrived at the scene 10 minutes later and broke into the apartment.

"What happened? How did you get in my home?" What they found in the darkness was the owner of the apartment, a 71-year-old woman surnamed Wang. She was lying in her bed, confused, and had no idea that she had left fish cooking on her stove.

The alarm was from a smoke detector which had been installed in the kitchen of her apartment earlier that year.

Wang lives alone, and there are about 11,000 elderly people like her in the whole Jiading District.

Starting from mid-2021, subdistricts of Jiading have been sponsoring the installation of smoke detectors in homes of this group of people. Priority has been given to those who are above 70 years old, have serious disease or restricted mobility, and are known to be heavy smokers or alcoholics.

So far, about 8,700 smoke detectors have been installed, according to the police in Jiading District.

Similar projects are being implemented in other Shanghai districts.

Li Jun, a police officer in Zhenxin Police Station, where Wang's residential complex is located, said one in three fire cases reported are in kitchens.

"Such fire cases are more frequently happening and are especially dangerous to elderly people who often have retreating memories and are less agile to deal with them," he said.

In Zhenxin area, about 1,100 elderly people live alone, but only about 700 have got the detectors installed at home.

Although the small devices, which have proved to be life savers, are free of charge to those people, some still have concerns.

"Some people don't like the blinking light of the detectors, and others find the noises bothersome because the detectors react to smoke even from incense or paper money burnt at home," Li said.

However, more and more people have shown interest to have the devices at home after critical fire cases such as that with Wang, he added.