Explore the connections between mythical creatures and real-life animals 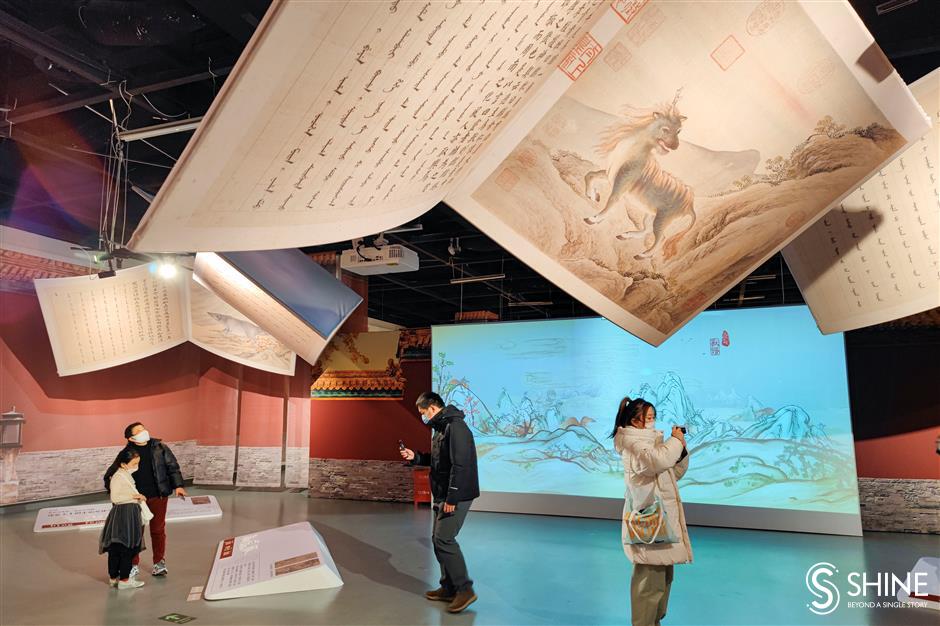 A giant illustration of a mythical creature is hung on the ceiling.

What if qilin was just an extinct species and zouyu was a variant of white tiger? Let your imagination about mythical creatures run riot at this newly-opened exhibition.

"Catalog of Animals Collected in the Qing Palace," organized jointly by the Palace Museum and the Shanghai Science and Technology Museum, kicked off at the Shanghai Natural History Museum on Thursday.

It illustrates animals portrayed in the "Album of Beast" during the reign of Emperor Qianlong in the Qing Dynasty (1644-1911). 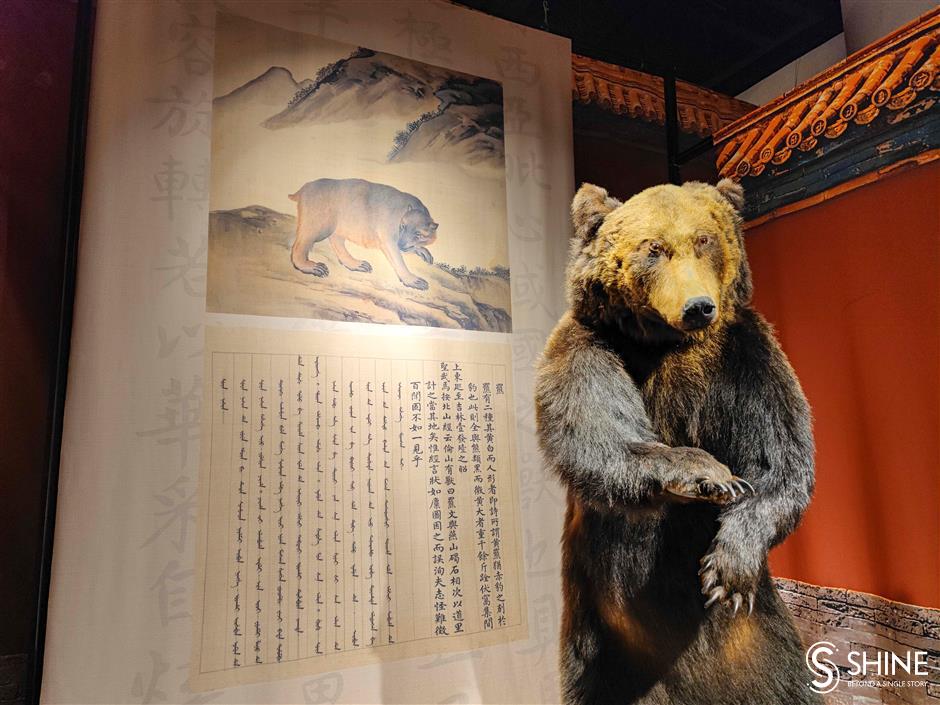 The encyclopedic catalogue comprises 108 animals from all over the world, including some of the most storied mythical creatures such as qilin and zouyu, and illustrations combine both Chinese and Western paintings techniques.

Giant pages are hung to the ceilings against the backdrop of "red walls and yellow glazed roof tiles" that typified the Palace Museum. Alongside the installations are animal specimen of tiger, lion, bear, elephant and other real-world animals, pushing people to consider the connections between the two.

The exhibition will run through May 13 on the B1 floor at the museum on 399 Shanhaiguan Road. 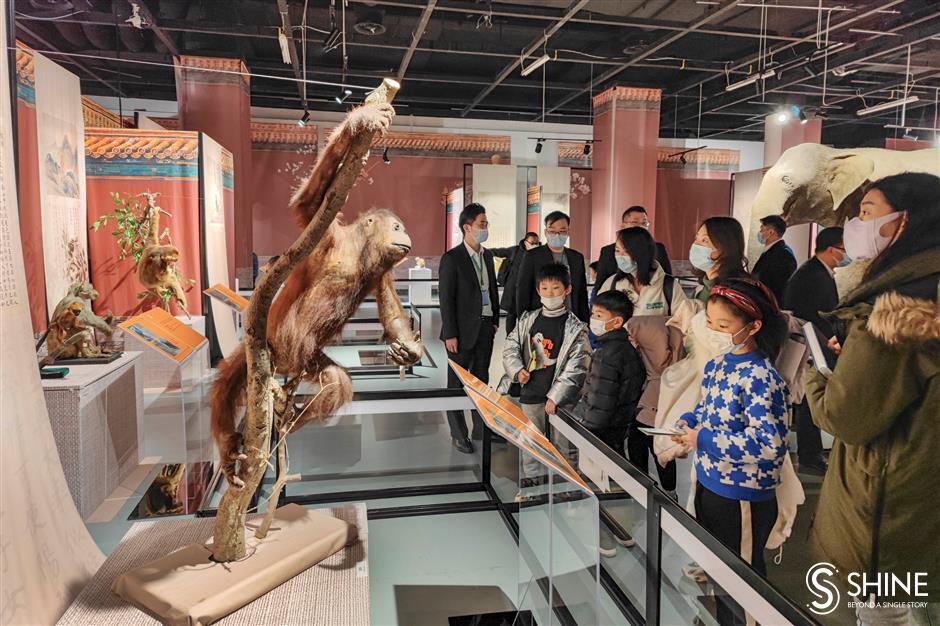