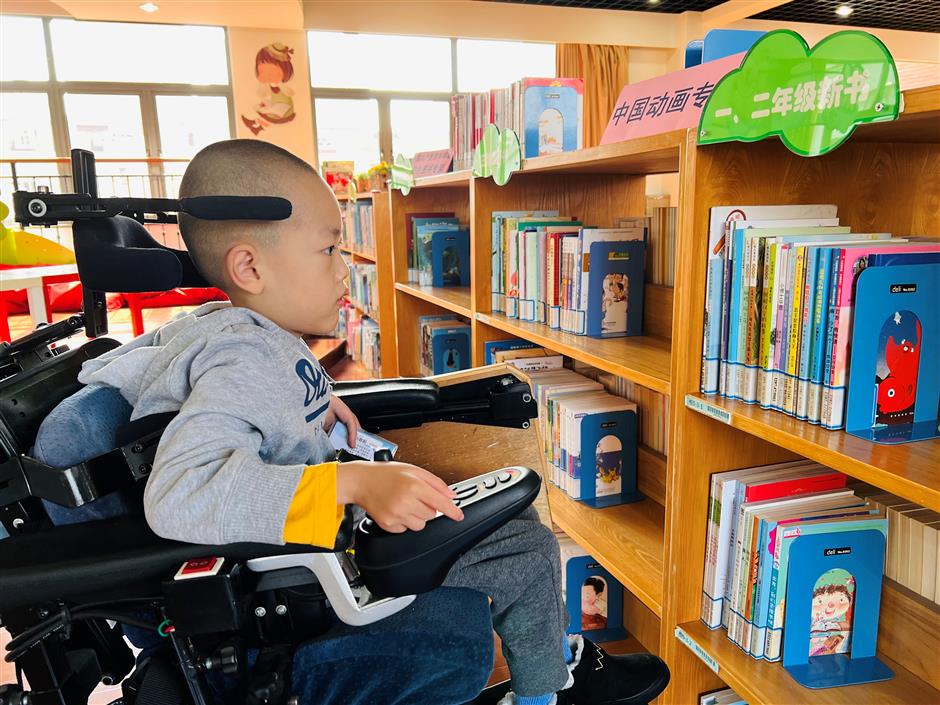 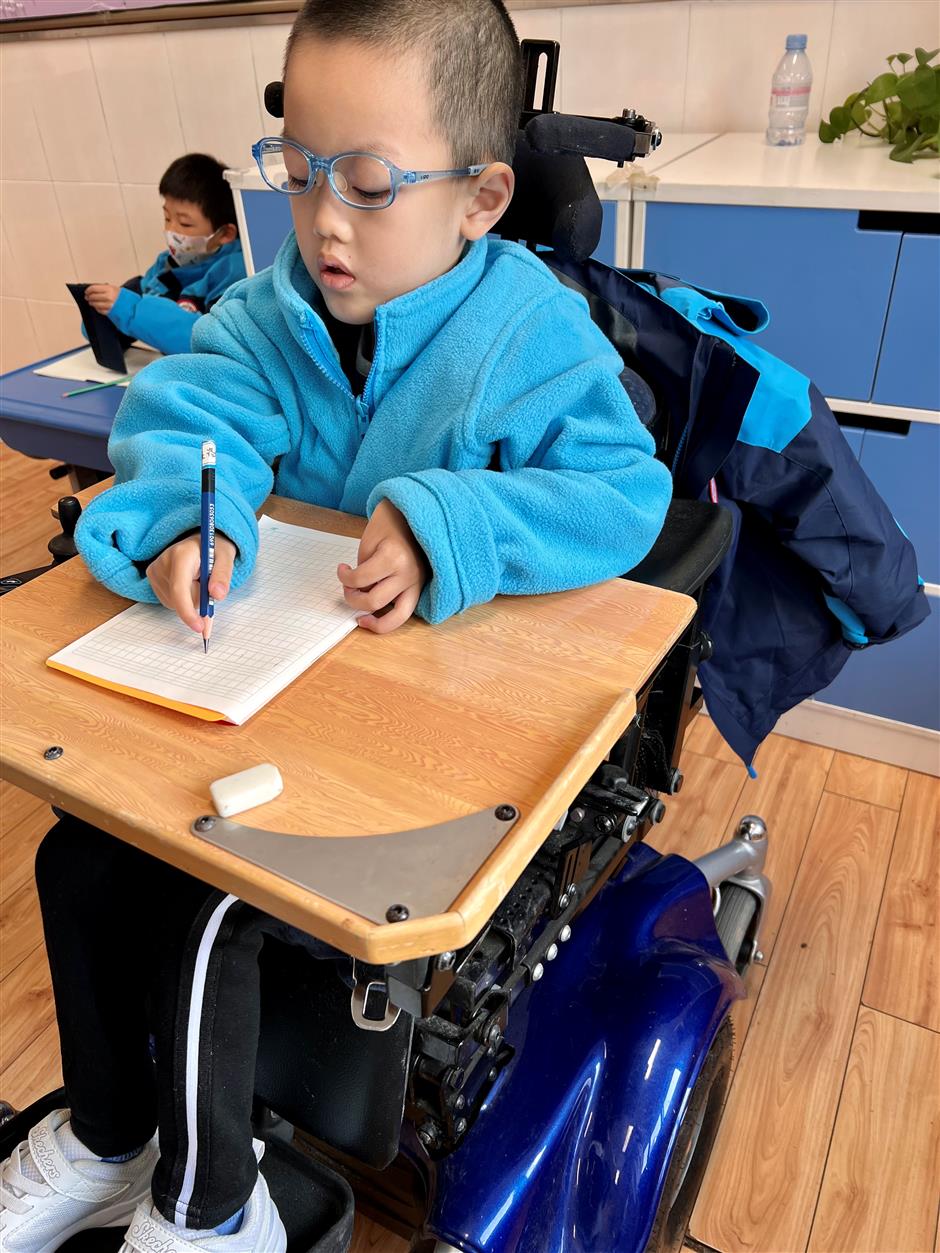 When 7-year-old Velo drove his electric wheelchair into school, he drew the attention of classmates.

"What's this? It is so cool" they said, as they gathered around him.

"It is Transformers," Velo answered.

Velo, or Zou Weiluo, is a student of Shanghai Huangpu Luwan No.1 Central Primary School.

He was diagnosed with the genetic disease spinal muscular atrophy (SMA) when he was several months old. Children born with the disease don't have a prognosis for a long life.

Doctors said he could not survive three years.

But he now seven years old, under the good care of his family and enrolled at school. 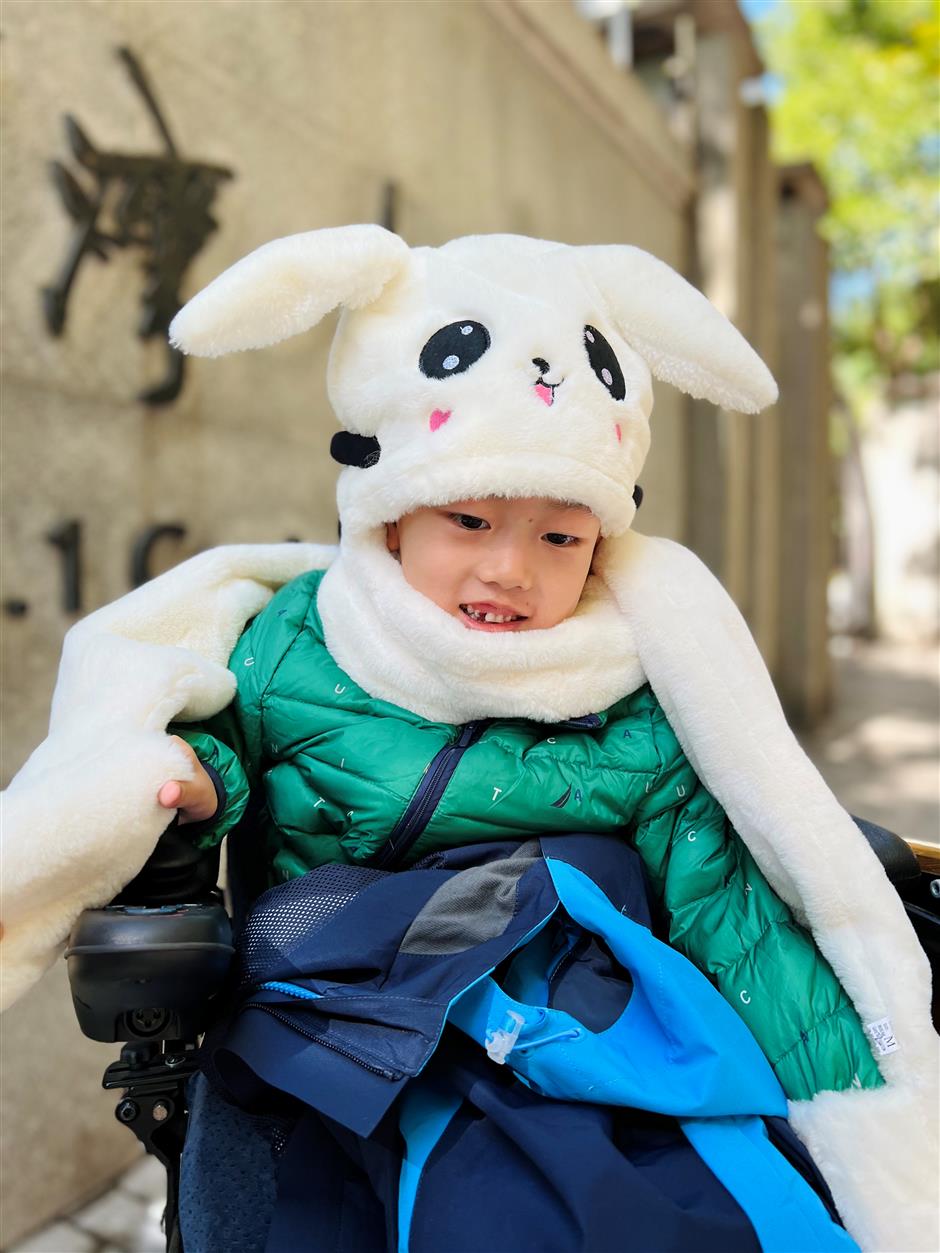 Velo is wrapped up against the cold in a fun outfit. 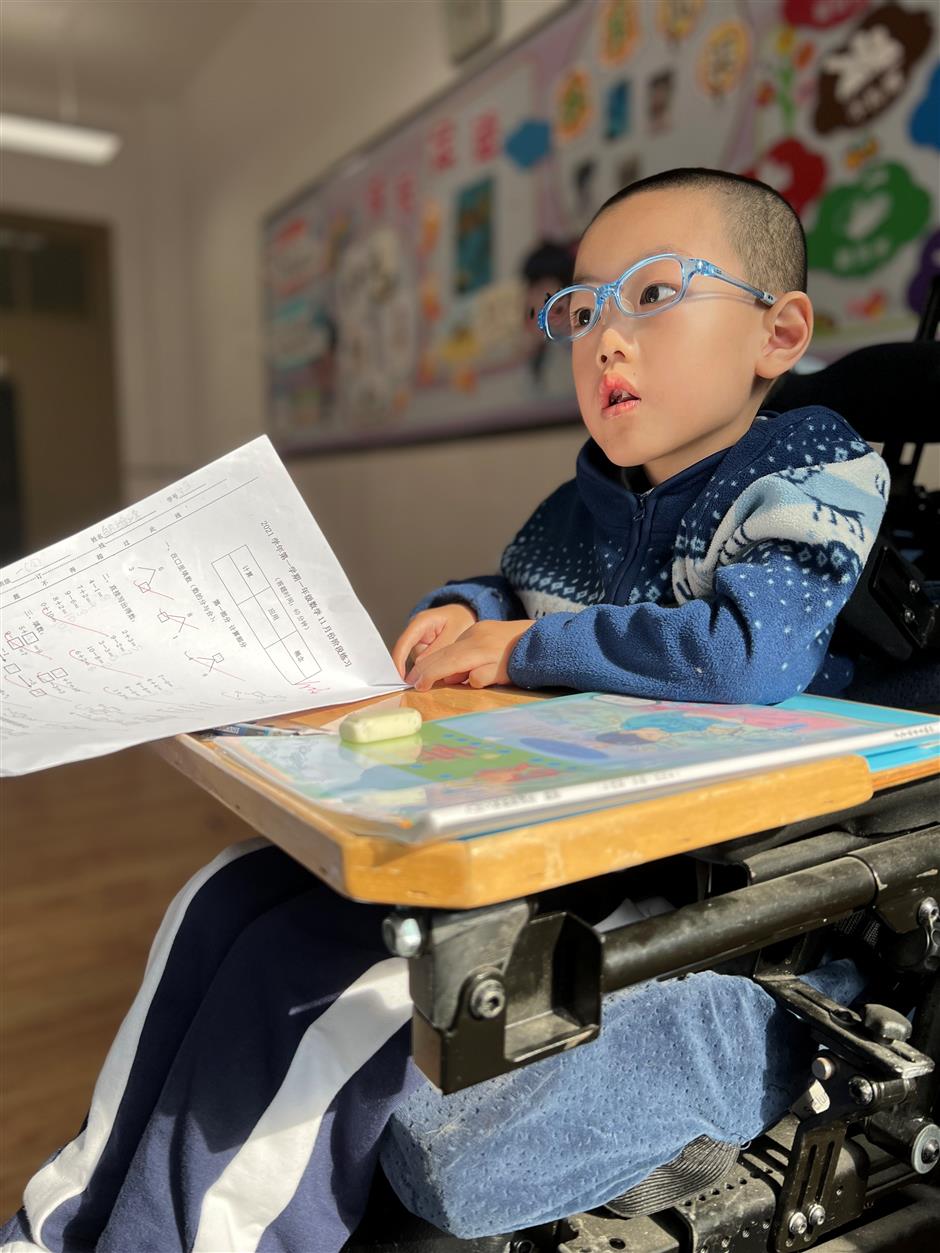 It was by no means easy for Velo to enrol.

He could only move his fingers and part of his elbow.

But it was his wish to go to school like other children.

He never went to kindergarten, and longed to gain knowledge and make friends at school.

"We should not deprive any child the chance of going to school," said Xu Rongjin, the schoolmaster.

Zhang Ying, Velo's mother, said "the family had many concerns."

It is difficult for Velo to write, but he kept practising.

He was enrolled in September.

The school made a specially designed timetable for Velo and arranges half day classes for him.

It is the most joyful thing for the boy to learn with other children. 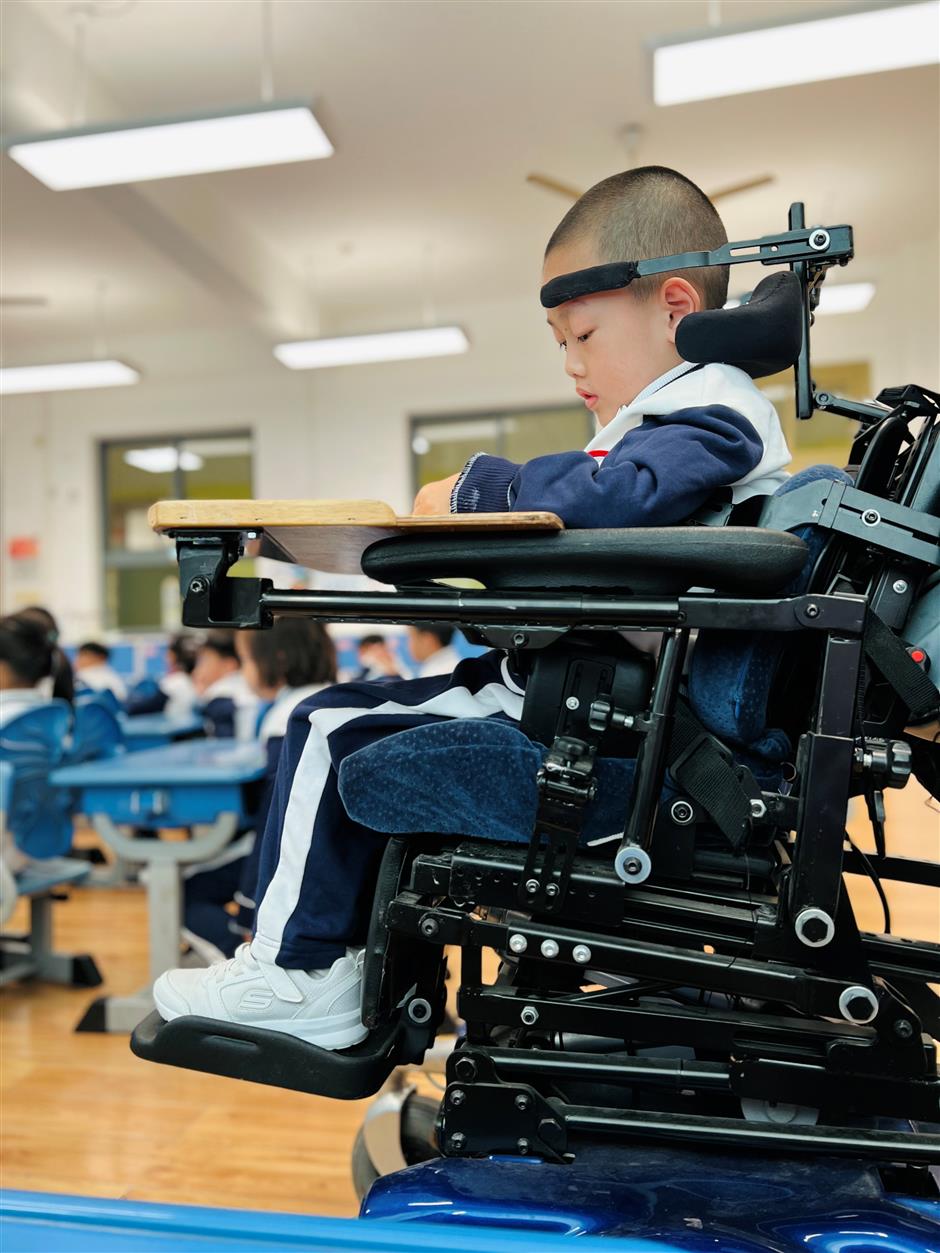 Although it is difficult for him to make any motion, he tries hard to raise a hand to answer questions.

He has refused his mother's help and tries to accomplish things independently.

Velo won the respect and praise of other children with his act. They view him as good friend.

He became accustomed to his school life gradually.

Zhang accompanies him all the time at school.

"I asked him to live long, and we will attend the national college entrance examination together after 10-plus years," said Zhang. "We cherish the school life."

The diagnosis result was a heavy blow, and his family cherishes the present life very much.

Zhang told her two children, Velo and her daughter, that death is quite a normal thing, the same as a leaf falling one day.

"For a family foreseeing future, we hope he is happy all the time despite the length of life," said Zhang.

Velo wants to live, walk and jump like others.

At the living room of the family, there is a photo taken in 2015. The family of four crosses the finish line together hand in hand when Velo's father participated in a triathlon.

"We will move forward together hand in hand all the time," Zhang said.