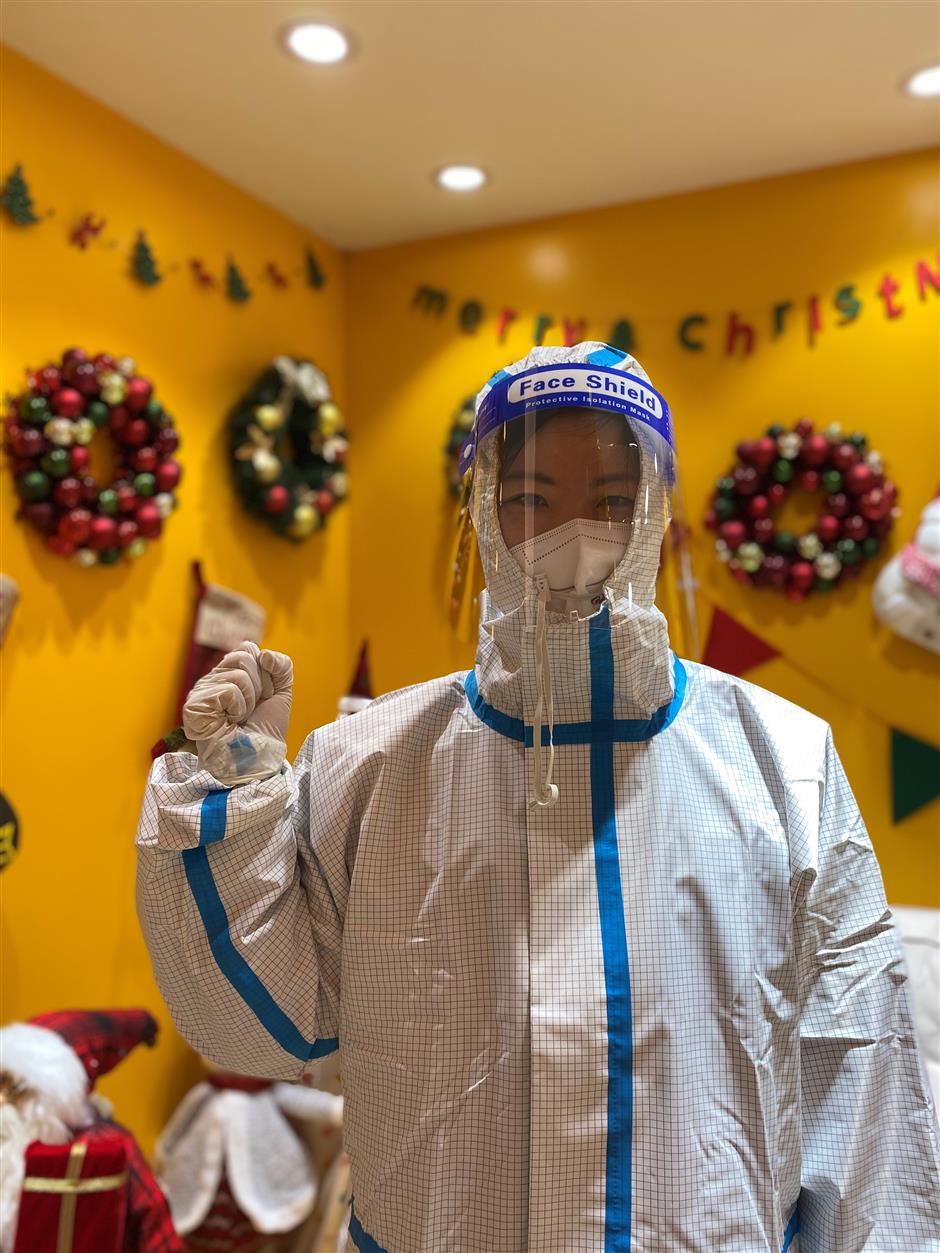 With the detection of several COVID-19 cases in the Jing'an Temple area, one of the busiest shopping hubs in Shanghai, officers of its police station have been hard at work.

Their job is to safeguard the buildings temporarily cordoned off due to the discovery of diagnosed patients and their close contacts, but there is more to their role.

The officers work on 12-hour shifts, but they had to be on stand-by to join their colleagues on new tasks as a cordon was announced for more and more addresses in the past few days.

Chen Shujuan, a police officer of Jing'an Temple Police Station and a mother of two young children, is on the team.

"When the 1788 Square shopping mall was to be cordoned off a few days ago, about eight of us moved in at 11pm and worked overnight till dawn as more than 700 people had their nucleic acid tests done on the site," she said.

Police officers cover the cordoned off sites day and night. It's more challenging to those put on night shifts in winter because in many sites there is no shelter. The police station has supplied them with warm materials.

Chen and her colleagues also respond to various needs from the people in cordoned-off buildings.

In a service apartment building, two women complained that their pet dogs urinate only when being walked outside of home, and since they were not allowed to walk them, the animals were going through a health crisis.

Chen coordinated with the disease control authorities and the property management firm, and finally the women were allowed to take their dogs to an empty floor in the building reserved for emergency evacuation. The problem was solved.

The residents are thankful to the police officers for their hard work.

When Wang Haimin, Chen's colleague, was on a night shift, a food deliveryman went up to him with a bowl of dumplings which was said to have been ordered for him by a resident.

"It was cold at night, but my heart was filled with warmth when I took the dumplings," he said.

Chen's husband works in the army, and her children are being looked after by grandparents when she's not available.

"This is the most challenging situation to us since the outbreak of the COVID-19 pandemic, but we're fully confident that we can handle it well," she said. 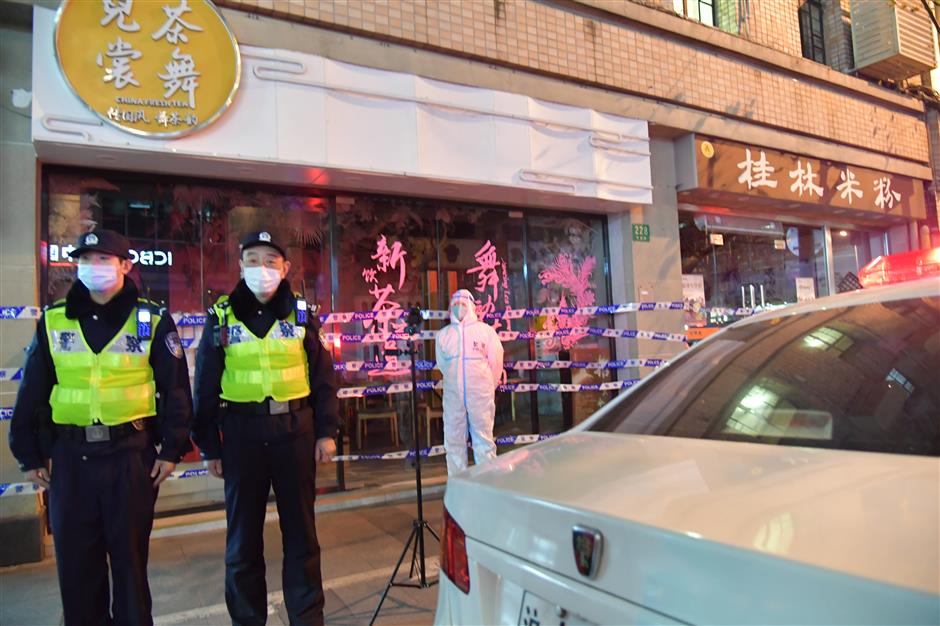 Wang Haimin (left) on his post outside a cordoned-off site at night together with his colleagues. 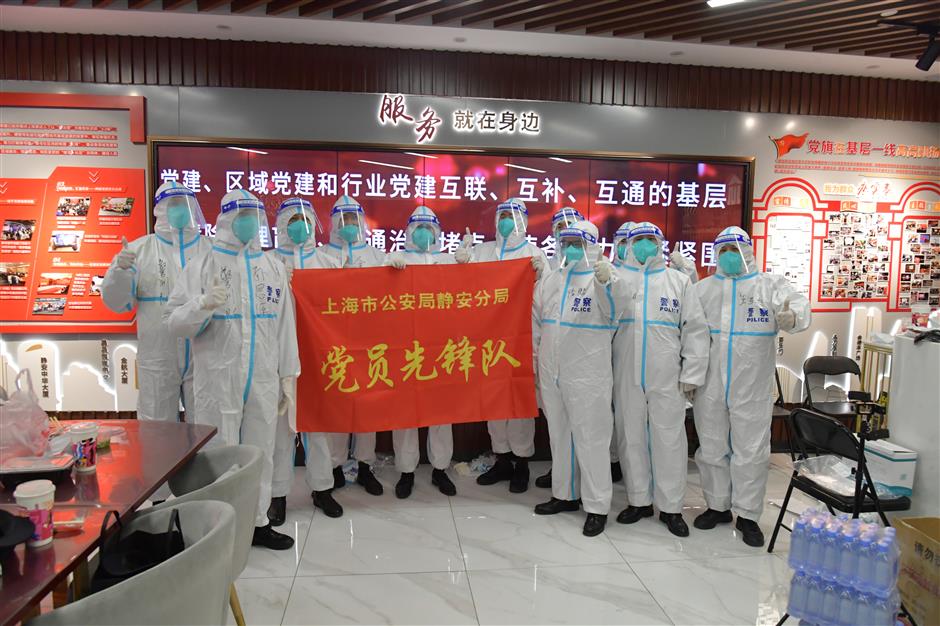 Police officers of Jing'an Temple Police Station are confident of delivering their duty.