Police at airport much more than registration desk workers 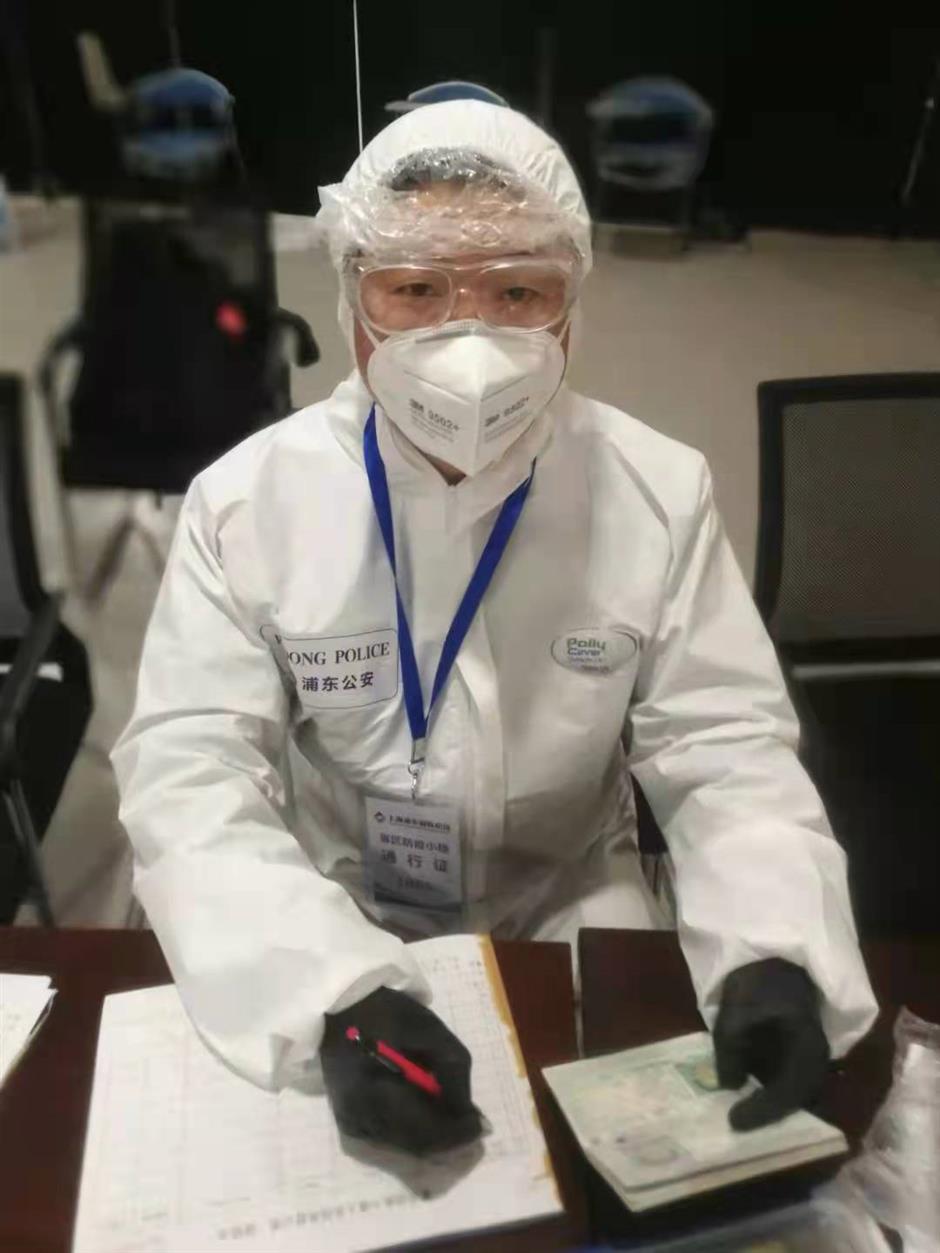 Gong Jie, a police officer of the exit-entry administration bureau of the Pudong New Area, has been working on and off at Pudong International Airport for almost two years.

After a flight arrives at Pudong International Airport, passengers are first given quarantine checks, and after two or three hours will find themselves in front of police officers from the district where they reside.

The police officers make sure that these people are registered and transported to hotels or their homes for quarantine. Gong Jie, 48, is one of them.

For almost two years now, Gong, who works for the exit-entry administration bureau of the Pudong New Area, has been working on and off at the airport on two-week shifts. He is the person in charge among the group of officers from Pudong.

Eight police officers and eight police assistants work on a two-week shift. They're divided into four groups and each work on a 12-hour shift. After two weeks, they're quarantined for two weeks, and then they will return to their post again.

Pudong is the largest sub-city level administrative unit in Shanghai, and with that its police officers at the airport registration desk have the largest numbers of arrivals.

"We register about 100 people off 20 flights every day, and so far over 60,000 people have gone through our registration," Gong said.

Their work, Gong said, is more than registering people.

The officers and their assistants help physically challenged people and families with children get on and off buses which transported them to their destinations for quarantine.

People with diseases who sought immediate medical help were transported to hospitals.

Some people were not able to use their phones after arriving in China, and the staff at the registration desk would use their own phones to help them register.

Some people left their luggage in the airport and contacted the police who would get their belongings back.

Gong was busier when he started out, when people were not familiar with the quarantine policy here.

"The first time I was put on the night shift, I registered about 200 people, and many of them were foreigners," he recalled. "I had no rest at all. It's quite challenging to work in the stifling protection suit all day long."

Due to his work at the airport, Gong has missed out on a lot of quality time with his family. His son took his college entrance exams last year and got good results, which came as a relief to Gong.

"I hope the COVID-19 pandemic will soon pass, so life will return to normal for us all," he said.