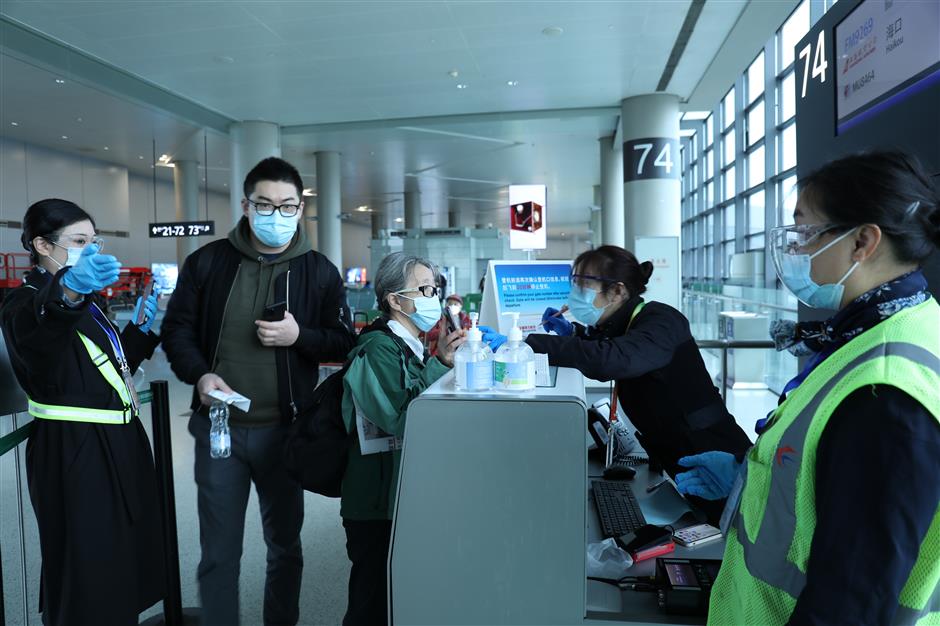 Shanghai's Pudong and Hongqiao airports have strengthened COVID-19 prevention measures for the Spring Festival travel rush, which began on Monday and will run through February 15.

All people entering terminals at both airports must show their health QR code, wear masks and receive infrared temperature checks.

Travelers are reminded to check the latest COVID-19 prevention policies of their destination cities. Some cities, such as north China's Beijing and Tianjin, require travelers to get a COVID-19 test within 72 hours of arrival.

The peak periods for air travel will be between January 24 and 31, or the eve of the Chinese Lunar New Year. The rush period for returning travelers is expected around February 7.

People in China usually enjoy a weeklong holiday for family gatherings and celebrations for the Chinese Lunar New Year, which falls on February 1 this year. Due to the pandemic, however, authorities are encouraging people to avoid traveling during the holiday. 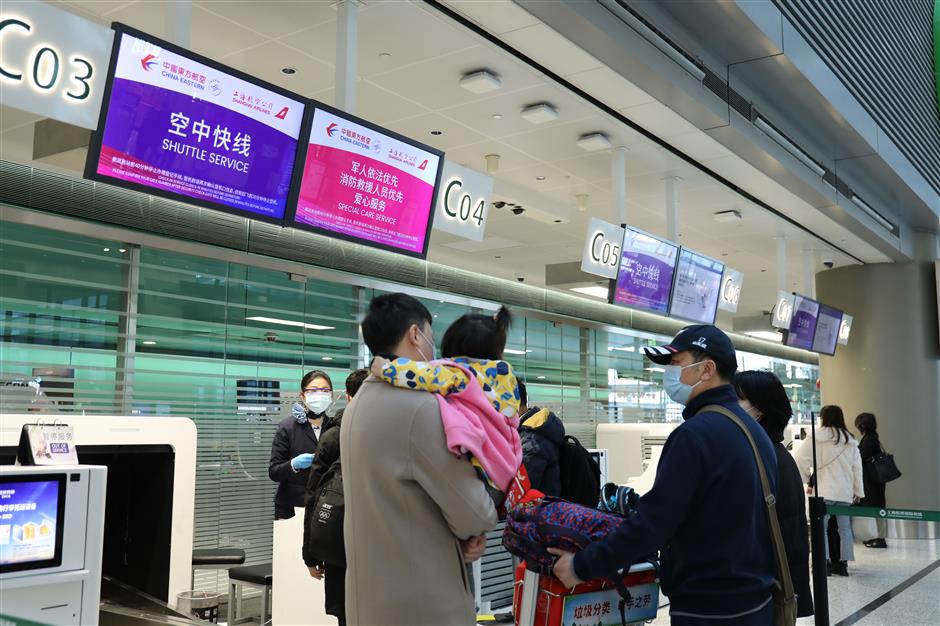 Travelers check in at self-service counters at Hongqiao airport.

The Civil Aviation Administration of China has encouraged airlines to allocate capacity flexibly, make overall arrangements for adding more flights, and provide refund or rebooking services in accordance with prevention and control requirements.

Domestic carriers have increased the capacity of popular flights to cap demand during the rush period.

China Eastern and China Southern airlines have substituted the single-aisle aircraft with wide-body jetliners on popular routes such as Shanghai to Sanya in southern Hainan Province and Shanghai to Changchun in northeastern Jilin Province.

Juneyao Airlines will deploy all its 88 aircraft for the travel peak. A total of 15,000 domestic flights will be operated through mid-February. 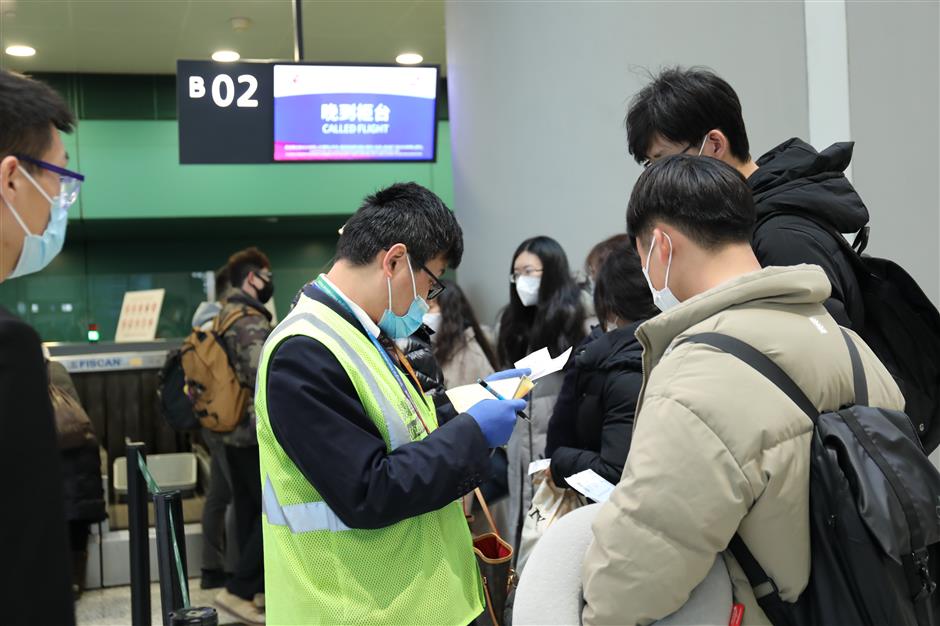 An airline staff checks the information of travelers.