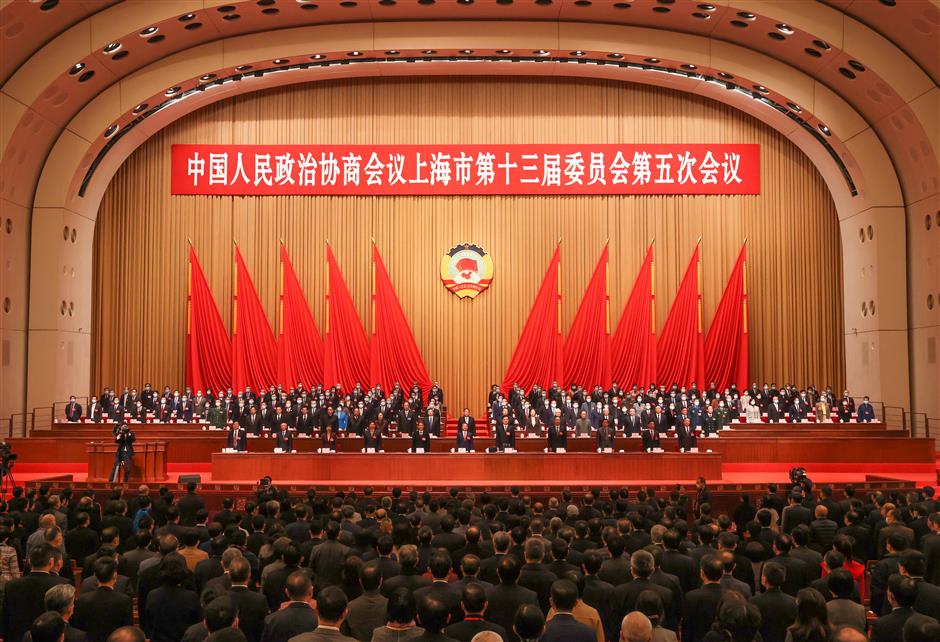 The Fifth Plenary Session of the 13th Chinese People's Political Consultative Conference (CPPCC) Shanghai Committee opens on Wednesday at the World Expo Center. The event marked the start of this year's annual Two Sessions of the city's top political advisory and legislative bodies.

The Fifth Plenary Session of the 13th Chinese People's Political Consultative Conference (CPPCC) Shanghai Committee kicked off on Wednesday morning with an opening ceremony held at the World Expo Center.

The session, which will run for four days, is scheduled to conclude on Saturday. In the following days, local CPPCC members will discuss city affairs and make proposals.

During the ceremony, Dong Yunhu, chairman of the committee, delivered a work report that reviews the major works of the 13th CPPCC Shanghai Committee's Standing Committee last year and gives new tasks for this year.

One of the highlights of last year's work was the construction of the five "new cities," the five independent and comprehensive node cities in Jiading, Qingpu, Songjiang, Fengxian and Nanhui. 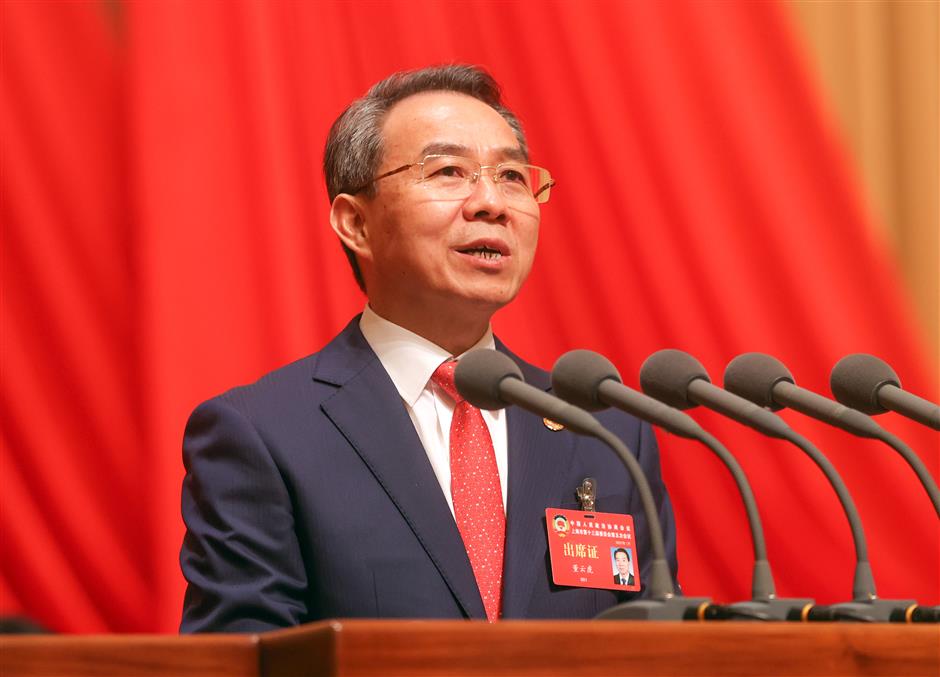 Dong Yunhu, chairman of the CPPCC Shanghai Committee, delivers the annual work report of the committee for last year.

According to Dong, they organized more than 30 successive events including briefings, investigation and research seminars and special-subject investigations on "promoting the construction of the five 'new cities' and striving to optimize the spatial pattern of the city."

By 9am on Tuesday morning, the session had received 286 proposals from political advisers. Among them are 108 related to economic construction. The second most popular proposal topic is social construction with 103, 32 of which relate to ecological civilization construction, 23 pertain to political construction and 20 are connected to cultural construction.