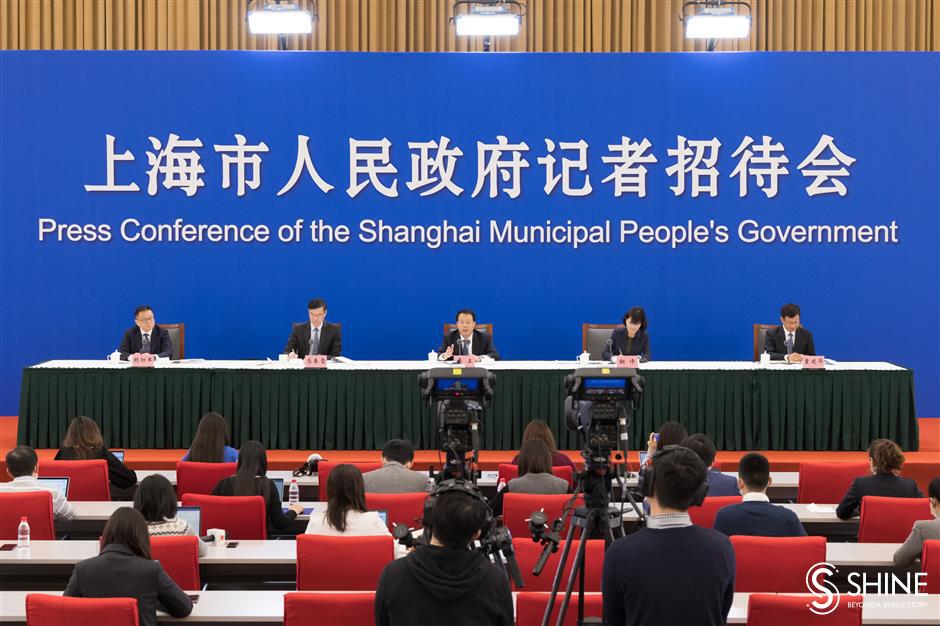 Mayor Gong Zheng (center) holds a press conference on Sunday after the closing of this year's session of the Shanghai People's Congress.

Shanghai Mayor Gong Zheng held a press conference after the sixth session of the 15th Shanghai People's Congress, the city's legislature, closed on Sunday. He answered questions on the city's various development and public service issues. We took notes on his answers; here they are:

The city's economic growth target for this year has been set at 5.5 percent, taking into account both current and long-term situations, and the pressure on demand, supply and expectations.

Despite current difficulties and challenges, the economic fundamentals that will sustain the city's high-quality development remain unchanged, laying a solid foundation for stable and healthy economic growth in 2022.

The key to this year's work is to prioritize "stability" and launch more supportive policies and measures.

As for pursuing progress, authorities have pledged to firmly carry out national strategic tasks, further strengthen the "Four Major Functions", deepen construction of the "Five Centers", and continuously improve the city's capability and core competencies. 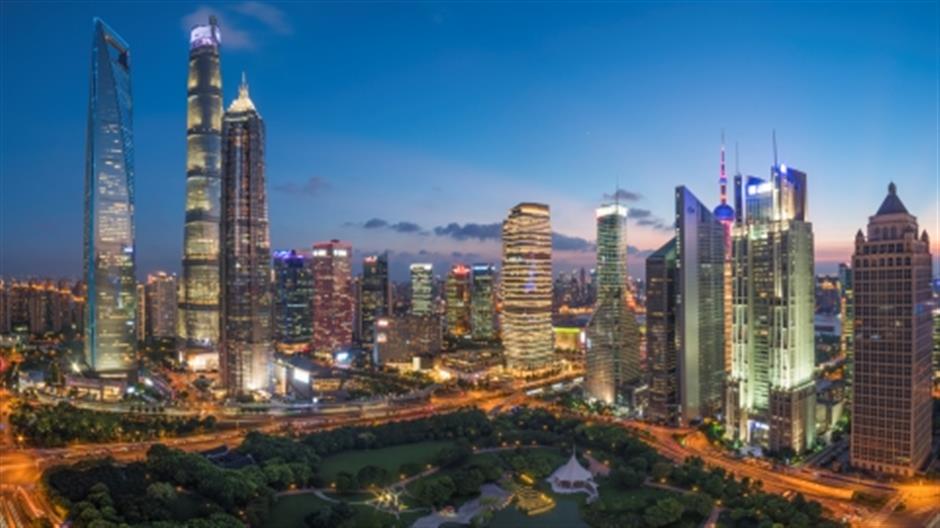 First, a strong sense of crisis and strictly and thoroughly implementing all routine preventive measures.

Second, precise, quick and early actions. Pandemic control teams arrive on the spot within two hours after COVID cases being identified, and within four hours, core epidemiological investigation is completed. Within 24 hours, testing, site control, transportation and quarantine can be completed. This way, pandemic control measures are contained to the community level, quarantine period is reduced to the shortest time, and the cost is minimum.

Third, reliance on science in COVID prevention. Experts' opinions are referred to, and informed decisions are made based on scientific analyses. The e-portals of the government are used to carry out precise tracing of contacts of the patients.

Fourth, top priority given to defense against the virus. More than 94 percent of Shanghai's permanent population has been vaccinated, and local residents are doing a good job in practicing personal precautions. 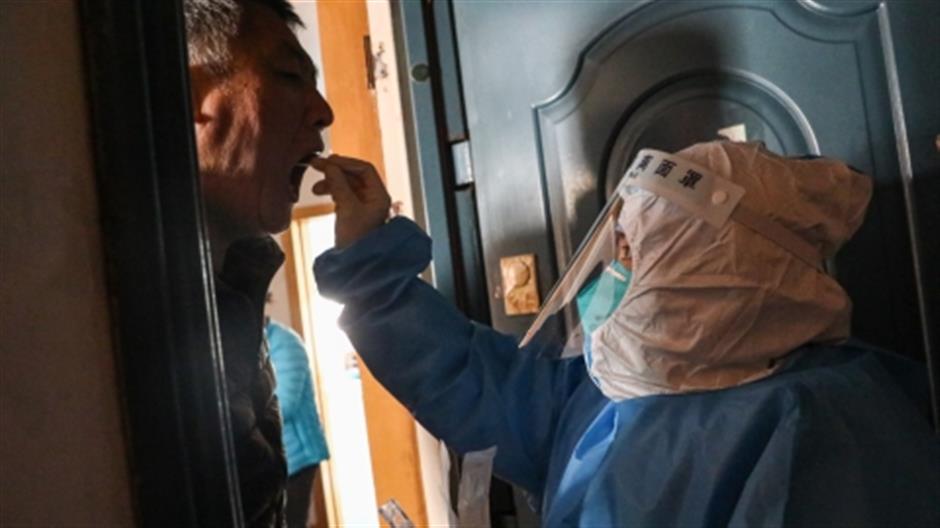 Construction of a sci-tech innovation hub

After years of persistent efforts, a basic framework of the sci-tech innovation center has been formed and it is now at the key stage of function upgrading.

The city will build up strength in science and technology, enhance capability in breeding innovation, and focus more on institutions, facilities and talent teams. 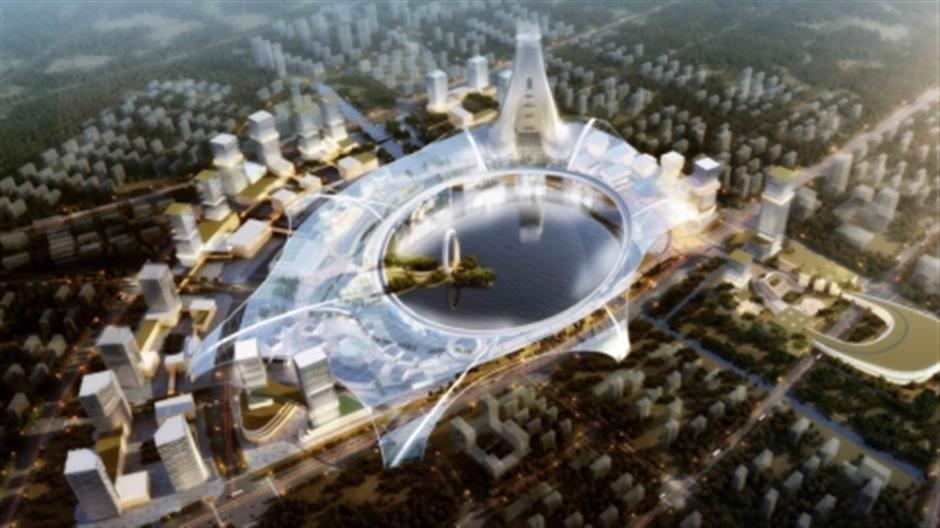 Advancing high-quality reform and opening up in the Pudong New Area is a key strategic task for Shanghai.

This year, the government will focus on pushing forward a batch of major measures on reform and opening up, and setting up a group of functional platforms for industry innovation and services.

A batch of world-class industrial clusters will be established to seek new momentum from new industries, new business forms and new space, with emphasis on boosting key industries, including integrated circuit, biomedicine, artificial intelligence and aerospace.

Shanghai will also promote the enactment of new regulations for Pudong, especially on green finance and intelligent connected vehicles.

This year is the decisive year of the three-year plan for the Lingang Special Area of China (Shanghai) Pilot Free Trade Zone. There will be more emphasis on emerging industries. Last year, the new-energy vehicle sector became the first industrial cluster in Lingang to exceed 100 billion yuan (US$15.77 billion). This year, Shanghai aims to see the high-end equipment industry also break through the 100-billion yuan mark. And the scale of the IC, biomedicine and AI industries are earmarked to double in 2022.

Highlights will also be on a new round of opening-up policies, and the setting up and optimizing of new functional platforms. 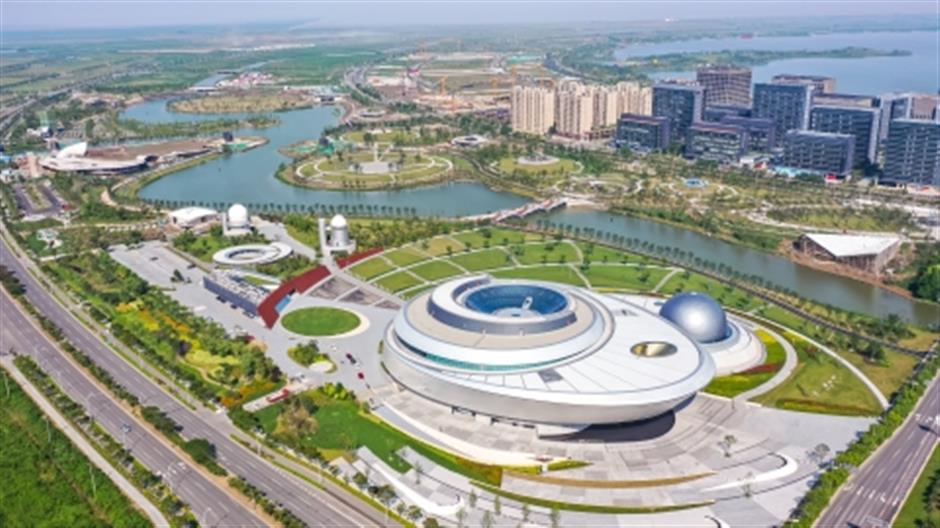 Last year, Shanghai became home to 60 new regional headquarters of multinational corporations and 25 new foreign-funded R&D centers, bringing the total numbers to 831 and 506, respectively, indicating the city remained a hot spot for foreign investors and a top choice for MNCs in their global layout of industrial chain, supply chain and innovation chain.

Shanghai will unswervingly push for deeper, broader and higher-level opening up.

With the Regional Comprehensive Economic Partnership agreement coming into force on January 1 this year, the city will implement a new negative list for foreign investment, deepen the opening up of the service sector, and continue to build a first-class business environment that is market-oriented, law-based and international, to create better conditions for foreign-funded enterprises to invest in and take root in Shanghai. 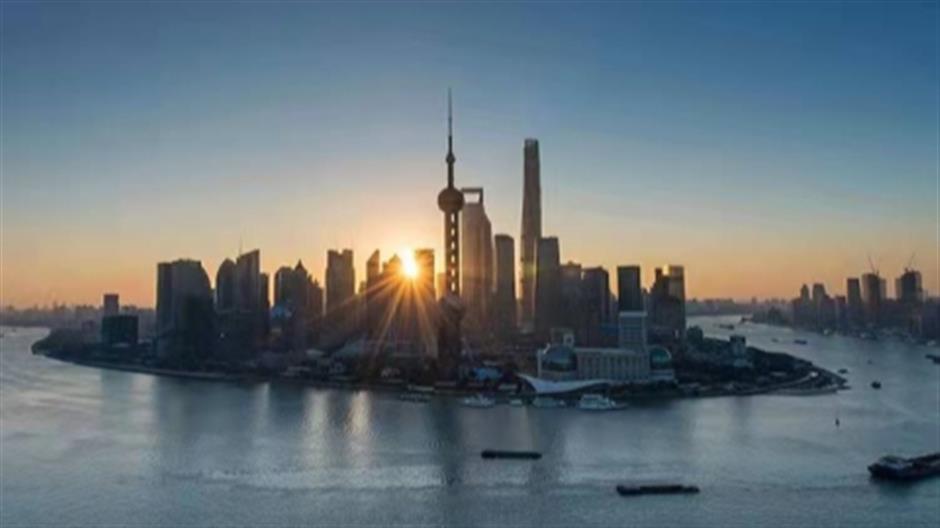 A master overall plan for all the five "new cities," in Fengxian, Jiading, Qingpu, Songjiang and Nanhui, has already been completed. In addition, the government has also completed the planning for 23 key opportunity areas. Construction for 255 projects in the "new cities" has been launched. Also, tertiary hospitals in central districts of the city have started to open up and construct their new branches in all of the "new cities." Meanwhile, 50 company headquarters as well as 62 R&D centers have opened shop there.

Next up, the government plans to pivot more resources towards the "new cities."

In the government's plan, each "new city" will have one distinctive industrial park with more favorable industrial policies. Universities, institutes and companies, including multinationals, in the central part of the city will be encouraged to move to these "new cities."

The five "new cities" will also be more accessible in the near future. Each of them will have their own transportation hub, and the city's traffic corridors will be further extended to link the "new cities" and to link them with other parts of the Yangtze River Delta region.

Residents of the five "new cities" will also have better public services, including education, health care, sports, culture, elderly care and nursery care. Each "new city" will have at least one university campus and one city-level sports or cultural facility. More affordable rental housing projects will be built in the "new cities" to attract more young professionals to move and work there. 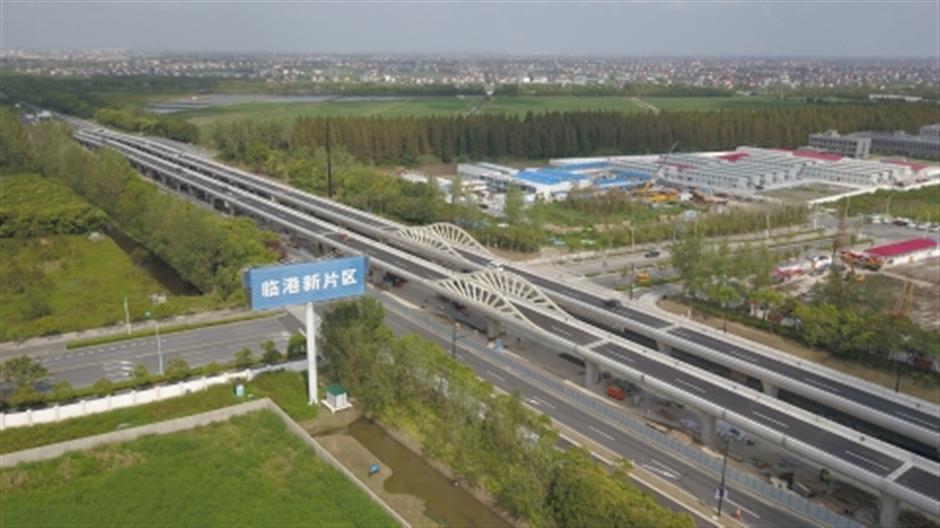 Shanghai aims to become a park city. It plans to build more than 600 new parks during the 14th Five-Year Plan (2021-2025) for economic and social development so that the total number of parks in the city will surpass 1,000 by the end of the period. Last year, 126 parks were built around the city, and this year 120 additional ones are planned.

The south section of the popular Expo Culture Park in Pudong with a lot of cultural facilities is expected to open by 2024, so that residents will be able to enjoy the park in entirety by then.

Apart from building parks in areas along the Huangpu River and Suzhou Creek, the government will facilitate the building of green belts around the city to allow residents in all parts of the city to have close access to enjoyable green space. Meanwhile, more sports and cultural facilities will be added to existing parks to address the needs of residents.

A priority project for the Yangtze River Delta Ecology and Greenery Integration Demonstration Zone in southwest Shanghai currently is the "watertown parlor." The government will also commence construction of the "waterfront courtyards" as well as the linking of the waterways to create a beautiful belt of nature. A water treatment project for the waterfront area of Dianshan Lake will start soon. 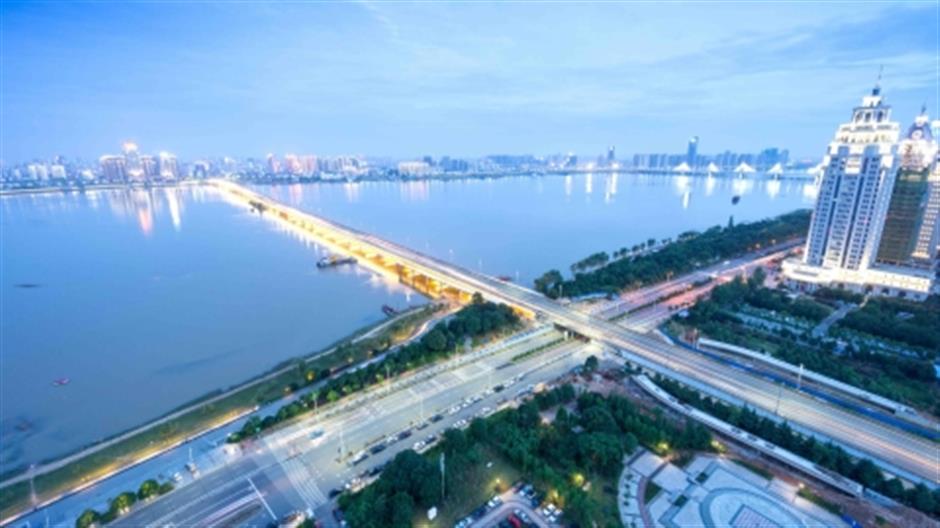 Progress has been made in many aspects of Shanghai's digital transformation in the past year, which further boosts the city's new economy. The total output of software and IT service industry surpassed 1.26 trillion yuan last year, up by more than 15 percent from the previous year. A total of 3,458 frequent service items are now available on the government's e-portal, and 1,150 applications have been integrated in the government portal for urban management.

The city will further engage market entities in the process of its digital transformation and look to nurture more leading platforms, companies and market players. The government also aims to bring the digital economy, services and applications closer to residents so that life will be made easier for them with the blessing of digital technologies.

Meanwhile, the city will strive to ensure that elderly residents feel more comfortable when using modern technologies and provide more assistance to people who are less technology-savvy so that no one is left behind in the digitalization process. 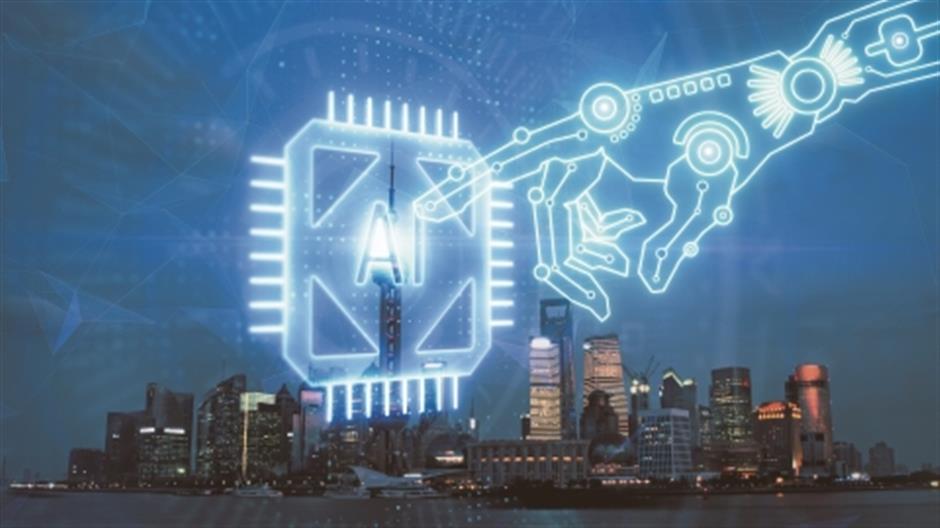