A look back at 6 years of progress in Jing'an District

It has been six years since Jing'an merged with the former Zhabei. This month, the district's lawmakers and political advisers held their annual Two Sessions meetings to review progress over the past six years and discuss priority policies for the current year. Shanghai Daily reporter Li Qian reports.

Over the past six years, Jing'an has ranked first among Shanghai's downtown districts in general public budget revenue. Last year, it hit nearly 27.85 billion yuan (US$4.39 billion), up 11.33 percent from a year earlier. Its tax revenue reached 84.2 billion yuan, marking a year-on-year growth of 22.74 percent.

Jing'an is now home to 100 regional headquarters, 31 of which are Chinese headquarters or above, including consultancy Bain, accounting firm KPMG, IDG Capital and top three luxury groups LVMH, Kerring and Richemont.

Last year, a total of 8,463 companies registered in Jing 'an, a rise of nearly 130 percent over 2016. Over the past six years, it has introduced 208 projects bringing tens of millions of yuan in tax revenue, among which 16 attracting over 100 million yuan.

Across the district, 80 office buildings and commercial complexes have reported over 100 million yuan in tax revenue. Of them, the city's iconic luxury retailing mall Plaza 66 was the first to report over 10 billion yuan in business income tax from vendors within. It is home to a wide range of regional and national headquarters of leading multinational firms. 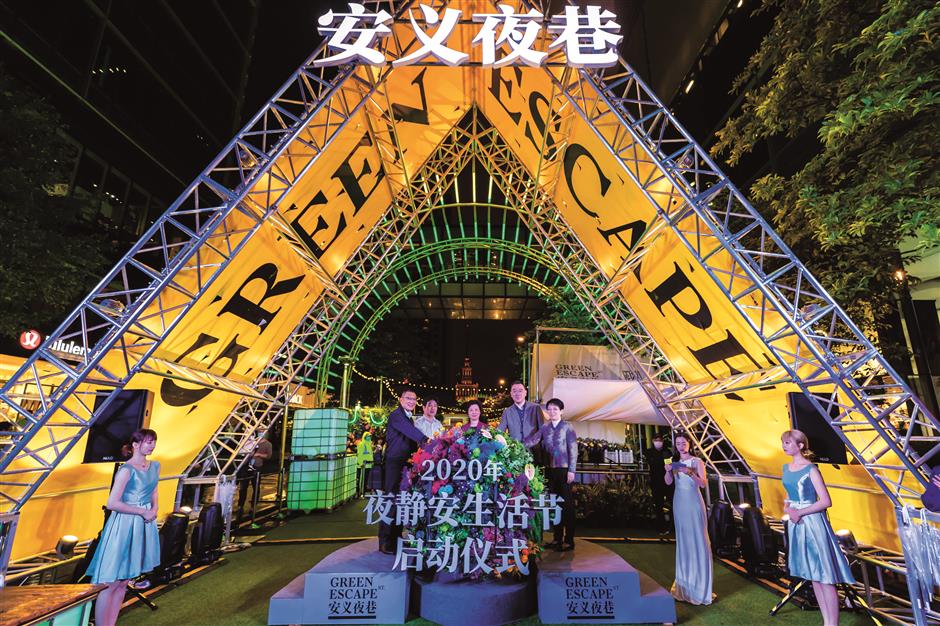 Jing'an has gathered many GaWC175-listed service providers. GaWC, or the Globalization and World Cities Research Network, is a think tank that studies relationships between cities around the world in the context of globalization. It has a list of 175 reputable service providers, and Jing'an has 20 of them, a third of the city's total.

The measures revealed multinational service agencies, such as securities, banks and law firms situated in Jing 'an, will receive financial assistance of up to 5 million yuan and annual rental subsidies of up to 1.5 million yuan. 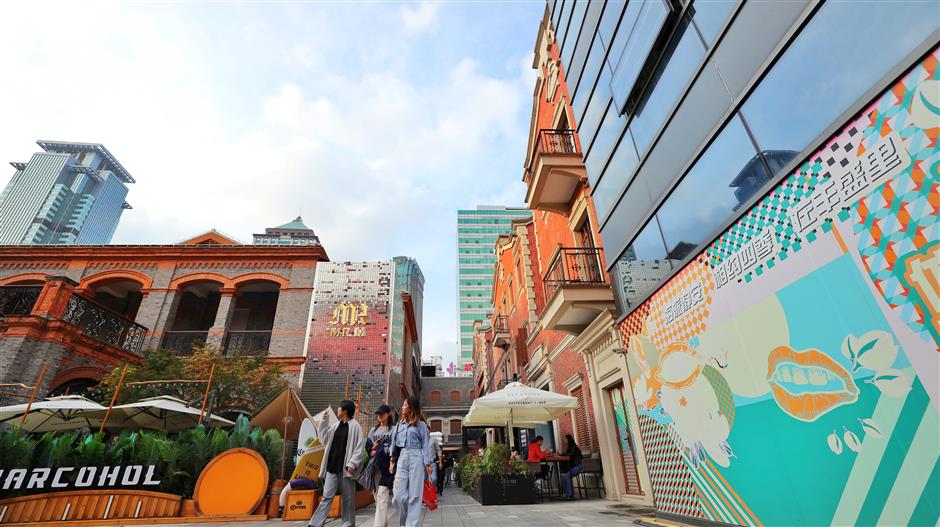 By the end of last year, Jing'an has attracted 405 high technology companies. Notably, the district was designated the demonstration zone of the national pilot program of block chain innovation and application, becoming the only big data-oriented demonstration zone of its kind in Shanghai.

The Shibei High Technology Park, home of the Shanghai Big Data Center, is hailed as the city's brain. In the park, the number of companies engaged in big data is more than 300, accounting for one-third of the city's total. 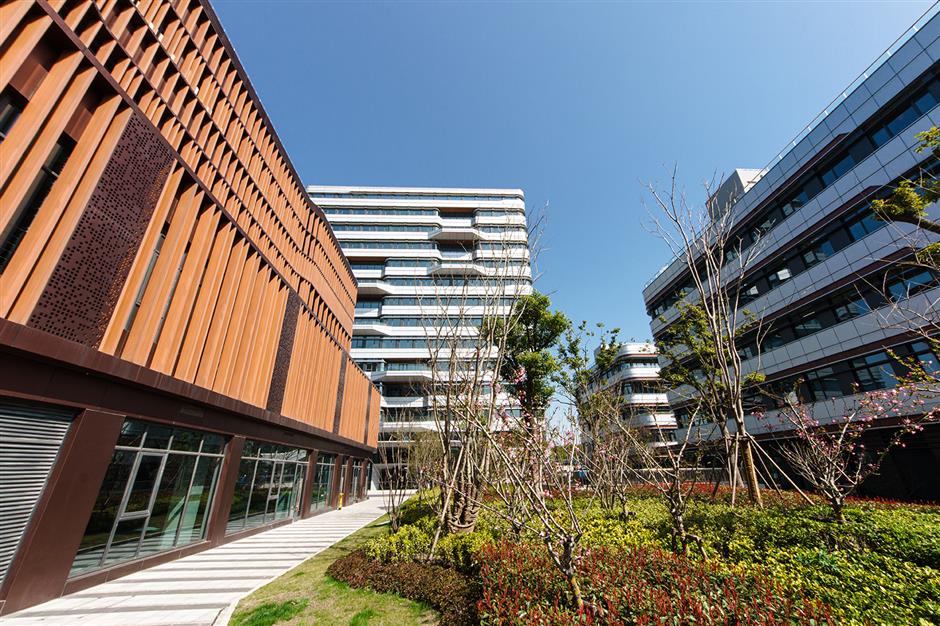 Over the past six years, 35.67 kilometers of overhead wires have been moved underground and 1.38 million square meters of illegal structures have been demolished.

A total of 664,700 square meters of park lands have been built, including the renovation of the Zhongxing and Zhabei parks.

A total of 346,700 square meters of housing renovations have been completed, benefitting 26,837 families. Jing'an was the first district in the city to install elevators in old low-rise residential complexes.

To date, 355 new elevators have been installed while 660 are under construction, estimated to benefit another 25,000 families. 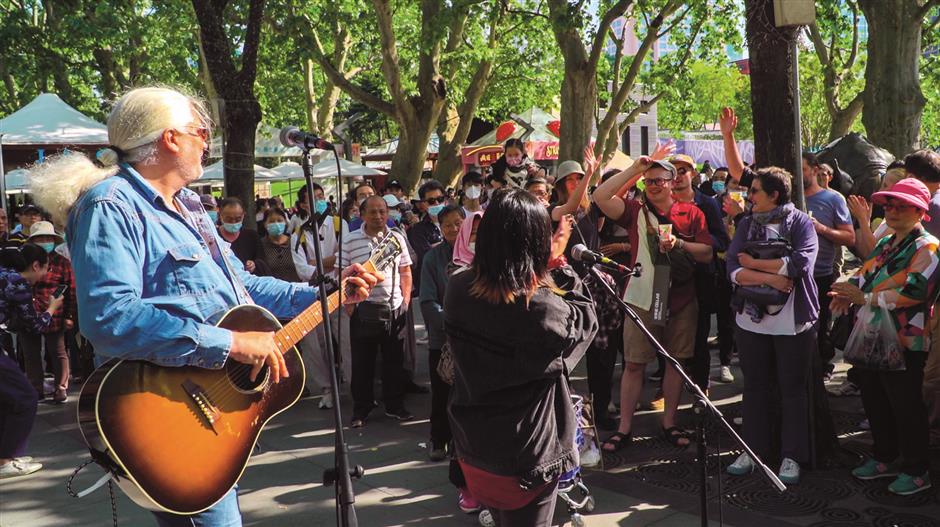 In Jing'an, nearly 41 percent of its population is age 60 and above.

Over the past six years, the district has added six eldercare facilities, 2,054 nursing beds and 50 community-based eldercare canteens.

What's more, over the past six years, it added 289,600 job posts and helped 4,685 unemployed youngsters find jobs and 5,334 people start their own businesses.

Over the past six years, the Jing'an Culture Center has been renovated and reopened to the public, and 42 grassroots cultural sites were built. Some "red" sites have opened as memorials to the public, such as the former Shanghai home of Mao Zedong on Maoming Road and the memorial to the Second National Congress of the Communist Party of China.

Additionally, 151 public sports fields, jogging paths and community fitness sites have been renovated, and 82 primary and middle schools have agreed to open their playgrounds and stadiums to the public. 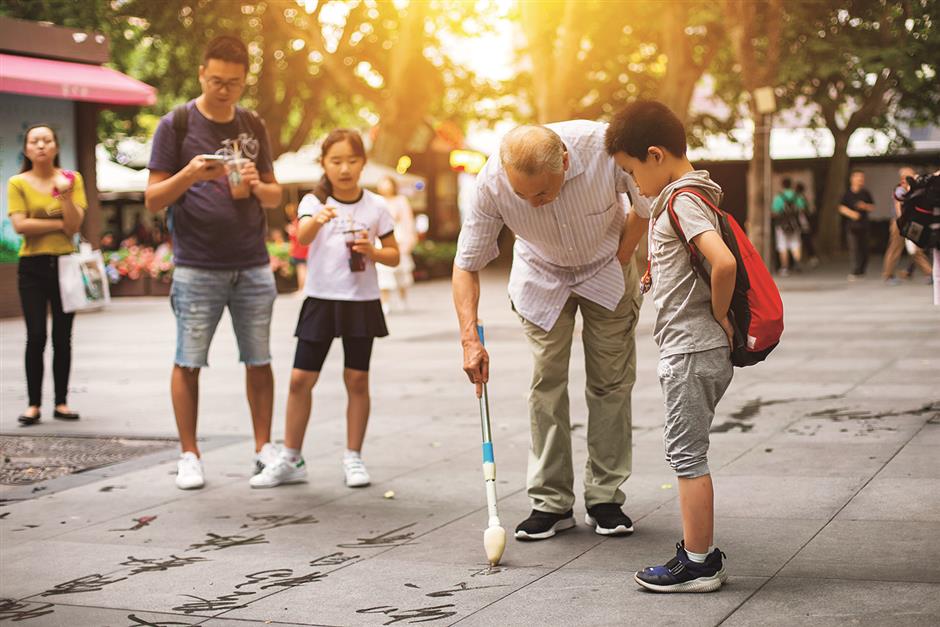 1. Plans call for 500,000 square meters of old housing to be renovated. Also, 500 elevators will be installed in old low-rise residential buildings.

3. A total of 108 residential complexes will have additional e-bike charging stations, and another 65 will have the facilities renovated. The district will upgrade firefighting equipment in 19 old residential complex es, and across the district it will install 4,500 anti-thief devices in old buildings, roadside stores and companies. 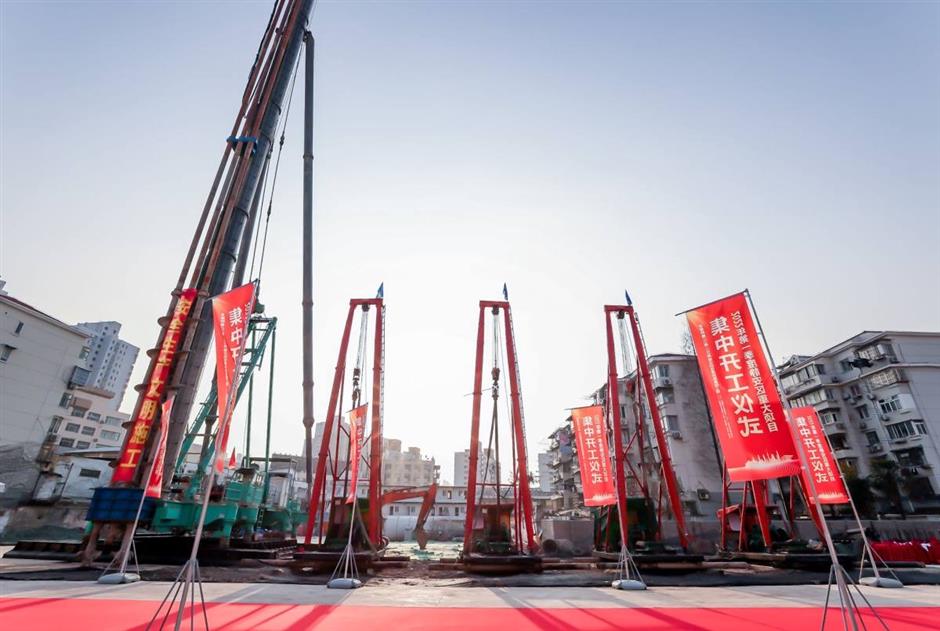 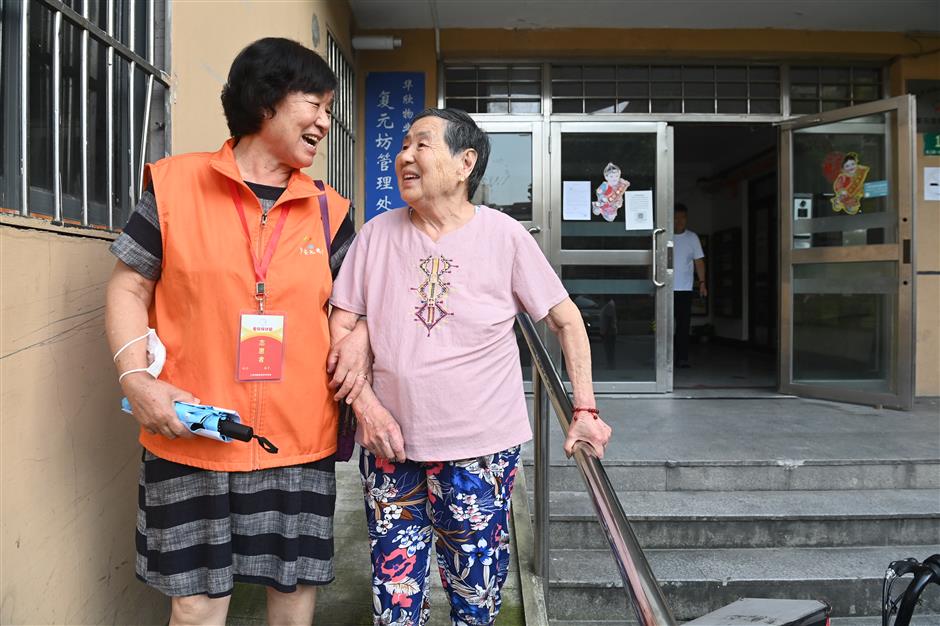 5. The district will help 620 jobless young people find employment and support 800 people starting up their own businesses, including 480 university students. Also, it will provide training for 500 people in areas of badly needed technical skills.

6. "Happy sharing class" will be developed to improve after school education, and 80 new "Love Summer Care" camps for primary school students will be opened during the two-month summer vacation period to relieve the burden on working parents.

7. The new lab of the district's disease control and prevention center will be put into use. There will be six free medical consultancy events held in communities.

8. The district will build seven new cultural and tourism service centers, and provide 160,000 discounted film tickets to the public.

9. The district will build two new gyms and upgrade fit ness facilities in 100 community fitness sites. Also, 100,000 residents will have low-cost access to swimming pools, badminton courts and other district-owned sports facilities, while free physical checkups will be provided for 13,000 residents.

10. The district will renovate three wet markets. It will continue to provide cheap and healthy lunches to office workers by optimizing two breakfast eateries and improve the service at other 53 sites. 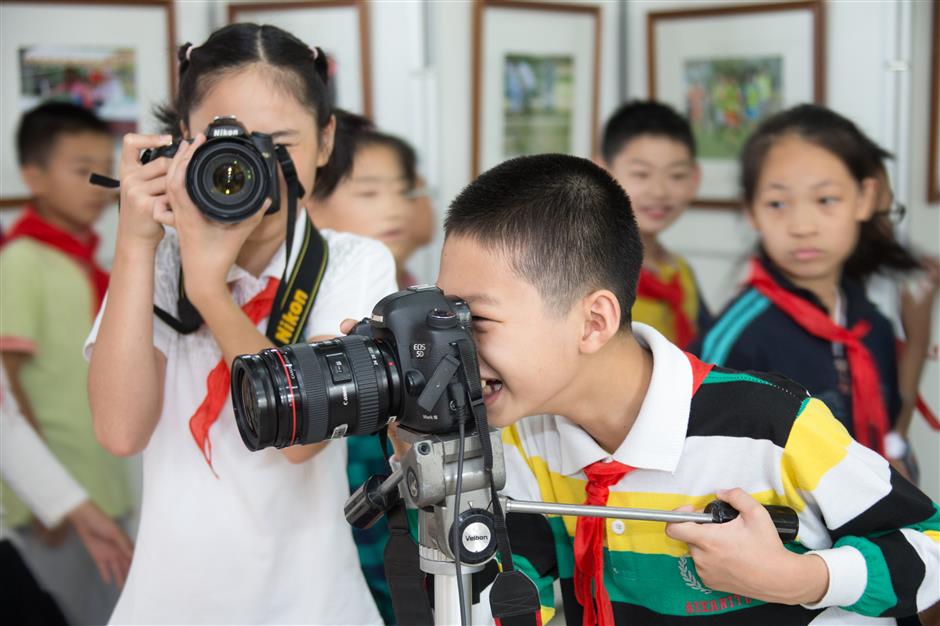 Lawmaker Zhou Shuhai: "I hope to develop a Meta verse-themed experience, and Jing'an's characteristics could be involved and displayed."

Political adviser Zheng Honghe: "Venerable sites such as the Paramount ballroom should adopt new entertainment such as jubensha, or live action role-playing games, to cater to youth and become popular hangouts."

Lawmaker Xia Bing: "I really care how Jing'an works to preserve and give so many cultural and industrial heritages new leases on life."