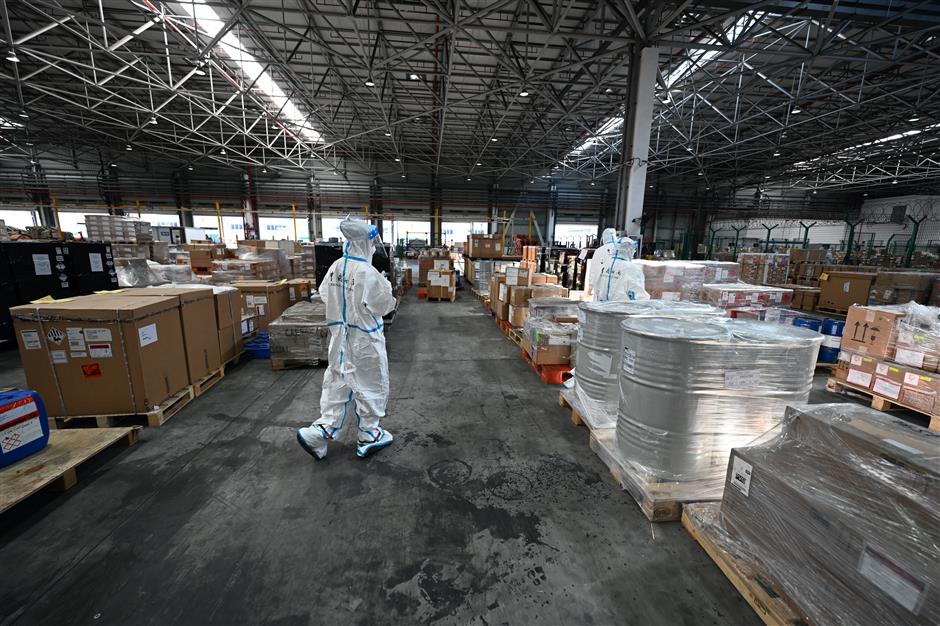 Piles of imported goods in the West Cargo Terminal at Pudong airport.

Genetic sequencing confirmed the Omicron variant, which is more transmissible than the previously dominant Delta variant, according to the Shanghai Center for Disease Control and Prevention.

"An epidemiological survey and analysis of the virus gene database found the new case was likely to have been infected by an imported virus from overseas," the center said on Thursday.

The 29-year-old man handles import business in the cargo area at Pudong airport. He developed a fever and drove to Fengcheng Hospital on Sunday. He was later sent to the Shanghai Public Health Clinical Center for treatment and is in stable condition.

His accommodation in the Group 8 area of Xingfu Village, Fengcheng Town in suburban Fengxian District has been designated as a medium-risk area.

Other areas he visited, such as the Bailian Nanqiao Shopping Mall and a tire repair shop on Xinfeng Highway, have been thoroughly disinfected. The mall reopened to the public on Wednesday after a two-day quarantine. 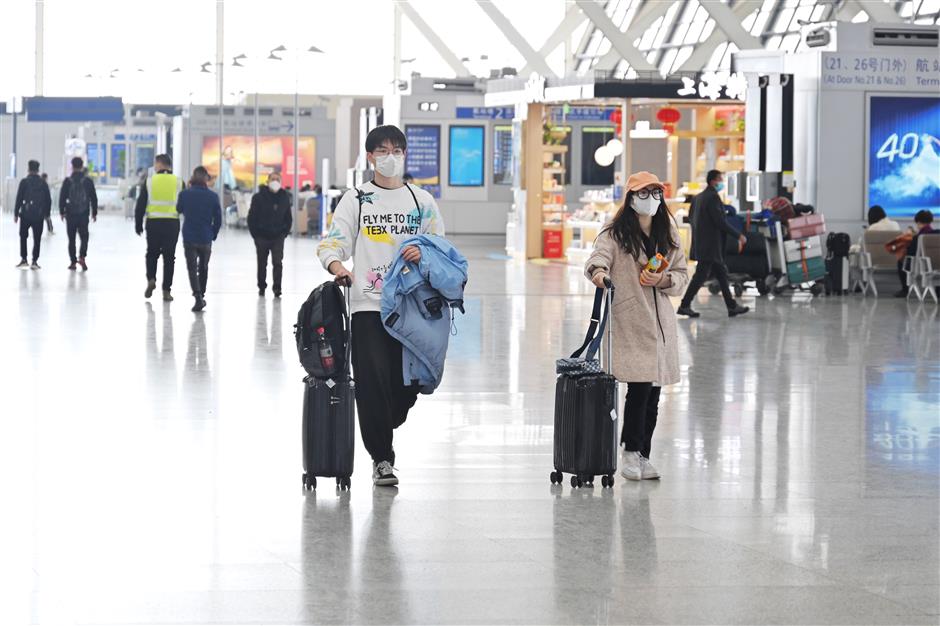 Travelers at Pudong airport during the Spring Festival travel rush.

The man's 96 close contacts in Shanghai have been in quarantine for nucleic acid testing.

Among them, his wife has tested positive with mild symptoms and was confirmed as a new local COVID-19 case on Thursday.

The man's workplace and all the personnel there have been screened, tested and quarantined.

"The operation of the airport, both passenger and cargo flights, has not been affected," Zhao said.

Amid a new wave in the global pandemic caused by the Omicron variant, Shanghai has reported a surging number of imported cases via Pudong airport.

Zhao said the authority had tightened the "closed-loop" management on human, cargo and the environment at the airport, which is operating normally in the throes of the nation's Spring Festival travel rush.

"Cargo and passenger aircraft have been strictly separated, as we have overseas and domestic flights," Zhao said.