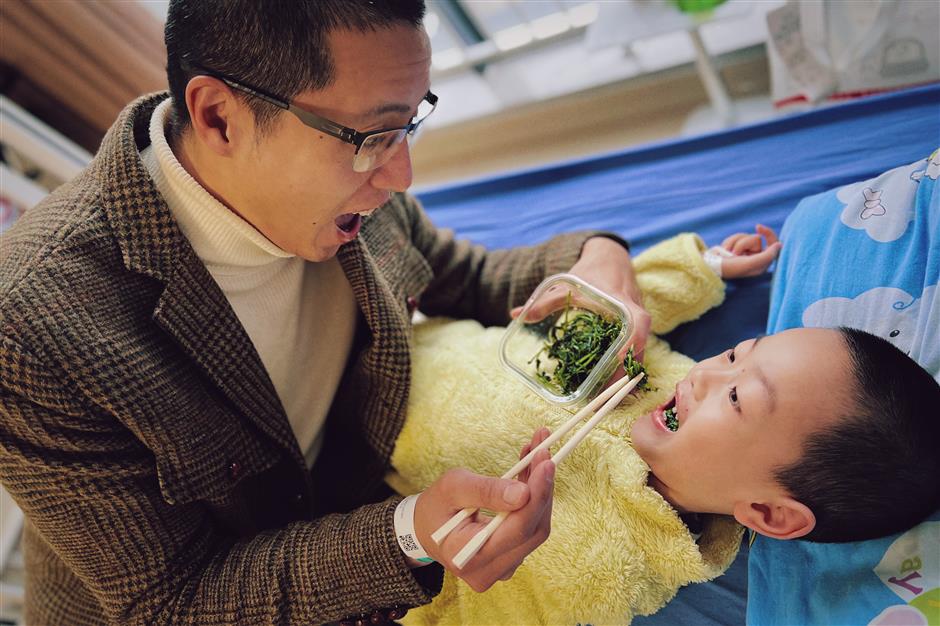 Seven-year-old Velo had a nusinersen sodium injection at Shanghai Children's Medical Center on Friday, and received a gift from the center in honor of his bravery.

Velo, or Zou Weiluo, was diagnosed with the genetic disease spinal muscular atrophy (SMA) when he was a few months old. Children born with the disease don't have a prognosis for a long life.

However, under the good care of his family, he is now 7 years old and has been enrolled at school.

Velo has been at the medical center since Thursday, and the 20-minute injection process went smoothly, said Zhang Ying, Velo's mother. 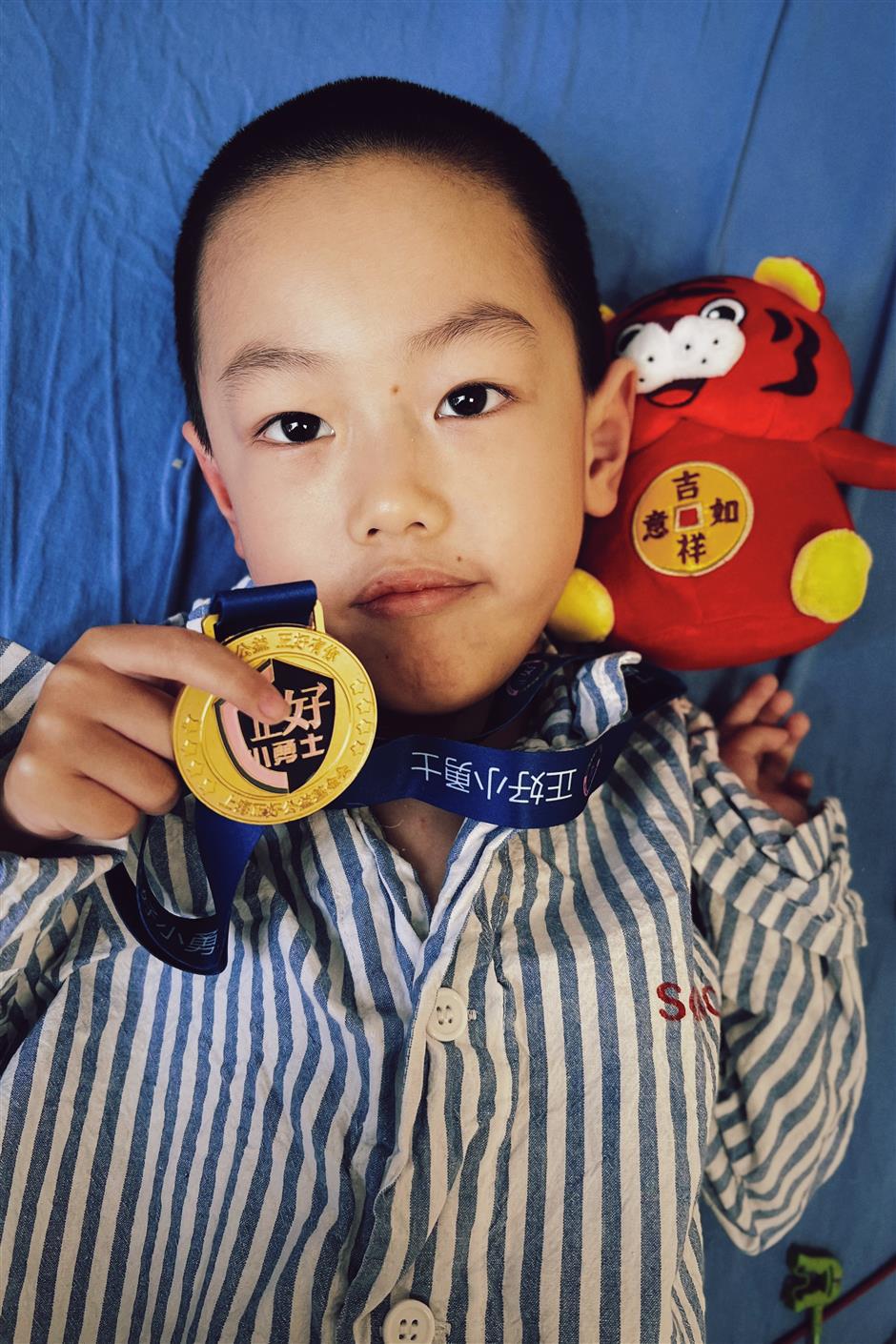 Velo receives a gift from the medical center.

"He was a little bit nervous before the injection, but he performed really well during the process," said Zhang.

The gift Velo received included a down vest, a tiger toy and a medal in praise of his good performance during the injection.

"He was happy about that," said Zhang. "He and his father played chess after the injection to relax."

Velo needs six shots this year with the second coming in early February.

Nusinersen sodium injection is a medication used to treat the disease. Approved in the United States in 2016 and introduced to China in 2019, it was the first modified therapeutic drug to treat SMA.

It can effectively curb the development of the disease and improve patients' physical and breathing functions.

However, it's very expensive and not affordable for most families – 700,000 yuan (US$109,760) per injection. In December, it was included in China's 2021 medical insurance category, bringing hope to SMA patients.

"We were waiting for other clinical experiments earlier, but COVID-19 brought uncertainties so we finally decided to take the shots," said Zhang.

Zhang said families of SMA patients hope the drug will be covered by other insurance programs.