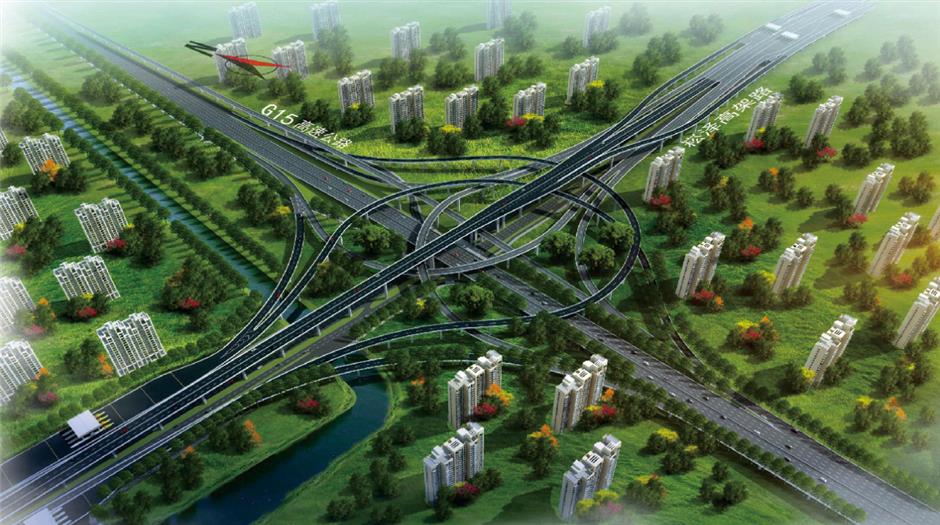 The main section of an elevated highway on the western outskirts of Shanghai opened to traffic on Monday, significantly cutting travel time between the city's western suburbs and downtown and easing traffic congestion on G50 Expressway and G318 National Highway.

With six lanes in both directions, it has a designed speed of 80 kilometers per hour. Seven parallel ramps are planned.

The highway is also an important link between Shanghai and other cities in the Yangtze River Delta region. 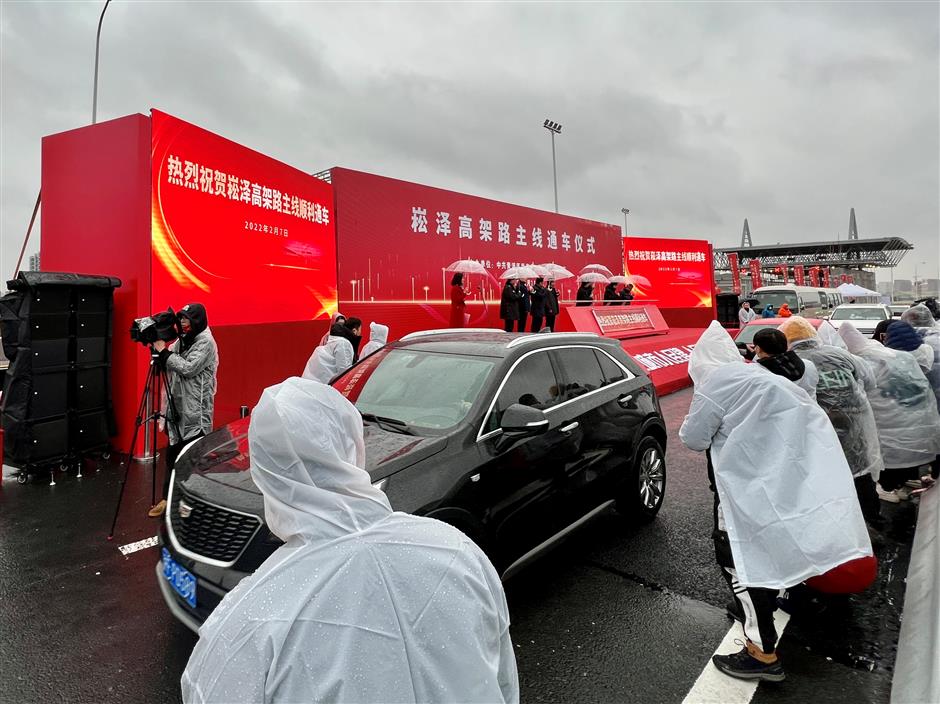 The main section of Songze Elevated Highway opens to traffic on Monday. 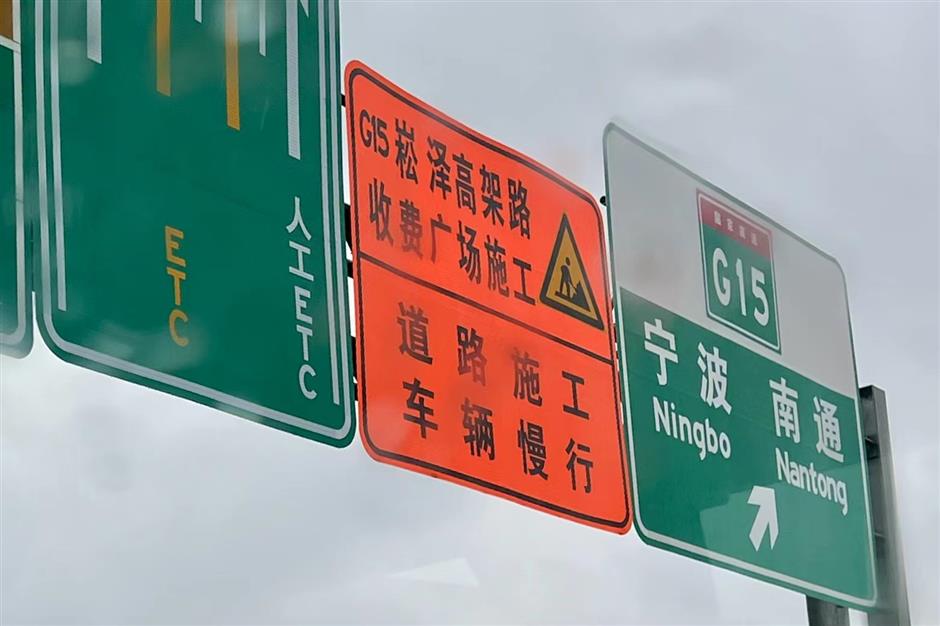 It now takes about 15 minutes to drive from the Hongqiao International Hub to Qingpu New City, compared with 50 minutes in the past.

The transit time between Qingpu and downtown is now within an hour.

Construction of the elevated highway encountered a number of obstacles, such as moving pipelines, transformer substations and cable lines, which is rare in the city's municipal construction, said Yang Pu, deputy general manager of Shanghai Qingfa City Construction Management Co, which built the highway.

The entire project is scheduled to be completed in the second half of this year, as some ramps are still under construction.

"It will alleviate traffic pressure on Shanghai's east-west arterial and fuel the development of Qingpu New City," said Yang.