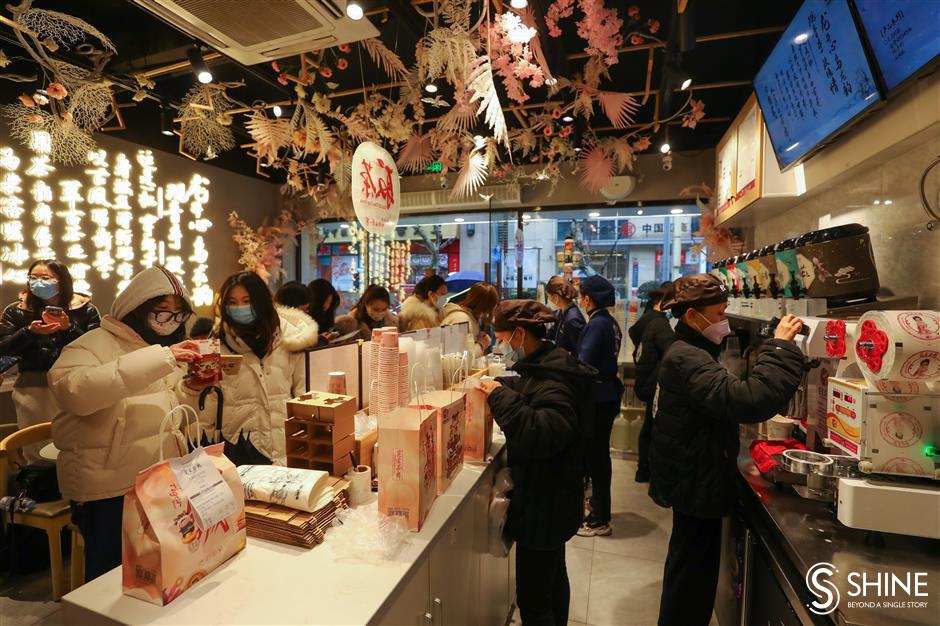 Despite the cold and wet weather, customers on Monday rushed to celebrate the reopening of a local milk tea store in Shanghai, once the smallest coronavirus risk area in the world.

The "China Fresh Tea" outlet in Shanghai – once deemed the smallest coronavirus risk area in the world – has reopened without much ado, but with a huge turnout.

The 20-square-meter milk tea store, at 228 Yuyuan Road in Jing'an District, was closed about a month ago when three employees tested positive for COVID-19 after coming into contact with an infected customer. Then listed as a medium-risk area, the store soon grew into prominence.

The lockdown was lifted on January 27. As it resumed business around Monday noon, many people thronged the store despite the cold and wet weather to celebrate its reopening.

Chen Zhaotai was the first customer, ordering a cup of black tea drink at 12:13pm. Interestingly, he was in transit between flights when he stopped by for the drink.

Chen flew from Ji'nan to Shanghai en route to Guangzhou. There were six hours between the two flights, so he decided to check out the store.

"It took me about an hour from the airport to the store by Metro," he told Shanghai Daily. "It gained national fame as the smallest risk area. I wanted to try it, and the drink tasted really good."

He was lucky to have arrived on the day the store reopened. "It is located in a bustling area, with modern yet traditional charm. I will sure come again," said Chen as he rushed back to the airport. 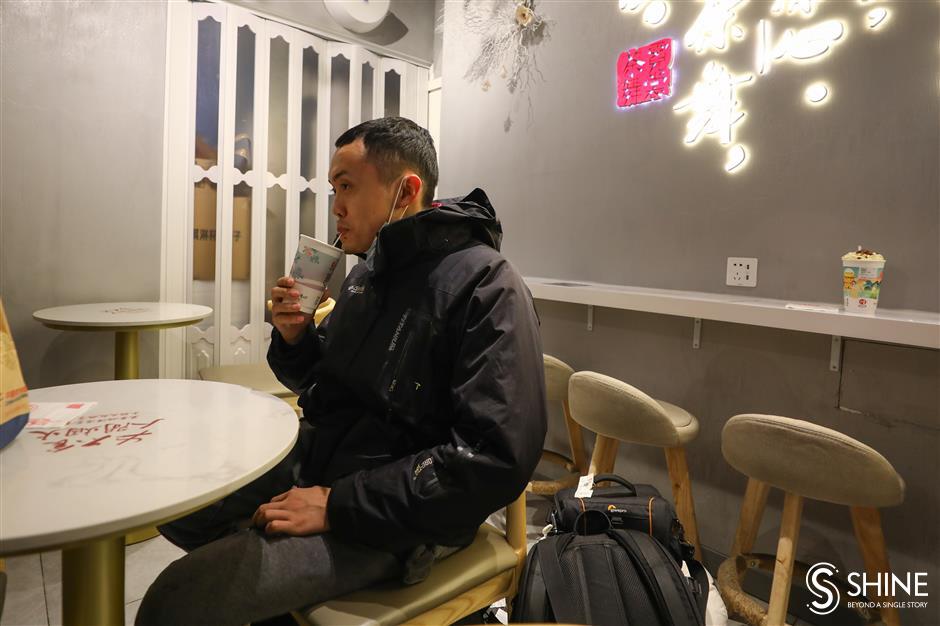 Chen Zhaotai, the first customer after the tea store reopened on Monday, enjoys his drink.

Cynthia Wang, who works at the nearby Wheelock Square, entered the store around 12:30pm.

Unlike Chen, she's a loyal customer. "Its drinks are popular in our office," she said, joking that the coupons sent to her could well be used to play poker cards.

"I didn't know it reopened today, and I just came on a lark. I'm so glad that it has finally reopened. I couldn't wait to share it with my colleagues," she said.

To ensure a safe reopening, the staff made solid preparations, including fully disinfecting the store and drawing yellow lines to remind customers to keep a safe distance while queuing up.

"All of us have received the third booster dose," store manager Xu Wenqin said of the seven staff members on duty, alluding to the two vaccine shots and the booster.

Still, the three confirmed cases remain under quarantine, one in hospital and two in designated hotels, she revealed, adding: "I'm waiting for them to come back." 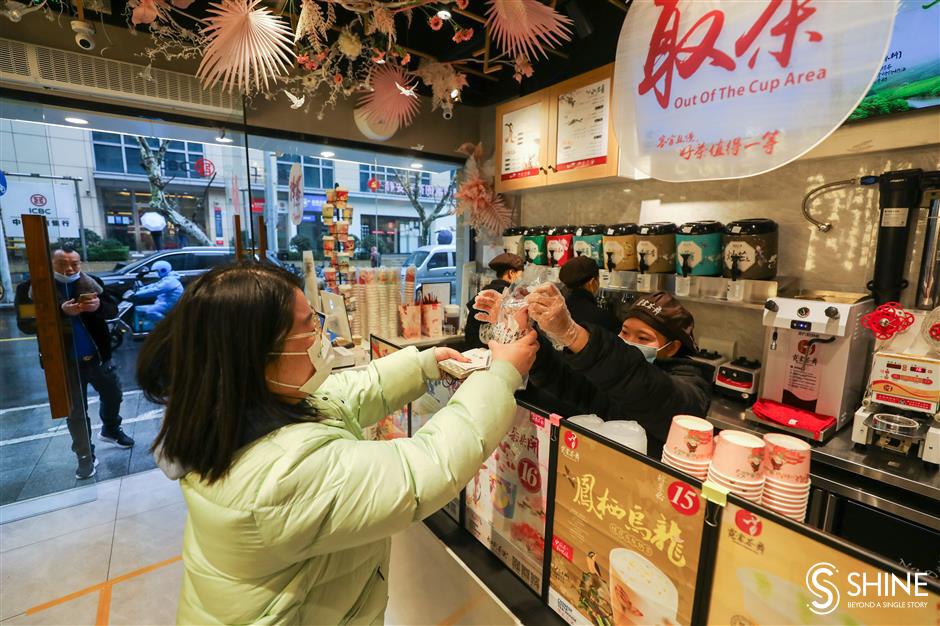 Local office worker Cynthia Wang is a loyal customer and came to get her drink.

Zeng Can, founder of the milk tea chain, said the affected staff will be compensated by the company. "It's not their fault that they were infected. They will get their pay and rewards for sure," he said.

He was worried about business after the outlet reported the confirmed cases. However, netizens have shown great understanding and support. "They didn't blame us, but instead encouraged us. Also, some of our other outlets reported nearly 20 percent increase in sales," Zeng pointed out.

The store is surrounded by retail malls, office buildings and popular destinations, but epidemiological investigations involving 54,000 related people narrowed down to the store. A staffer at the adjacent hair salon said that business had not been affected at all.

"I can feel the city's warmth," Zeng said, applauding Shanghai's precise pandemic prevention and control, reminiscent of the scenes at Shanghai Disneyland where beautiful fireworks show started as usual while visitors were waiting to receive nucleic acid tests during a coronavirus-induced lockdown last October.