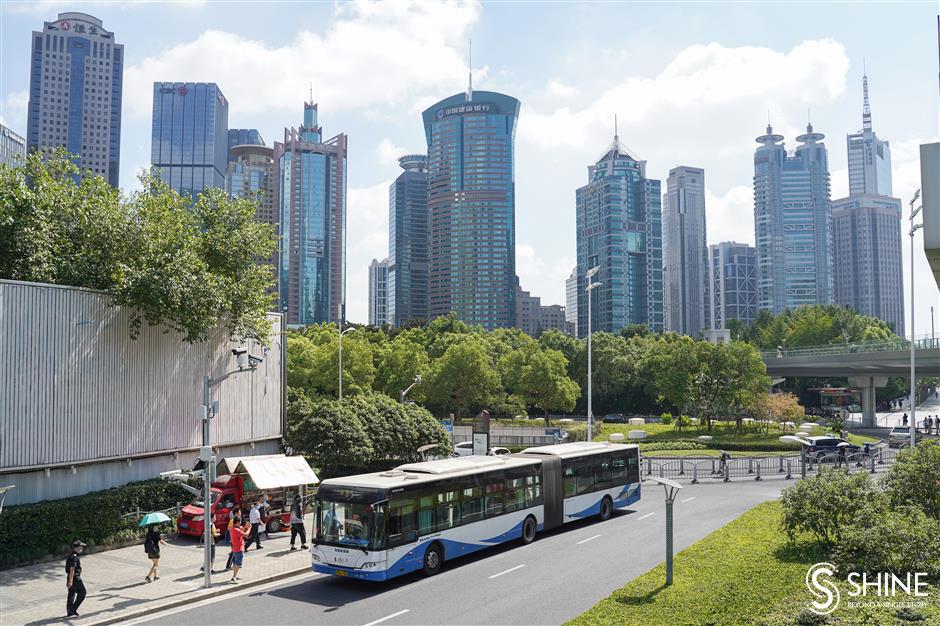 A bus stops at Lujiazui financial hub in the Pudong New Area.

Shanghai's public buses will offer free rides to as many as two children less than 1.3 meters tall travelling with an adult, according to the city's revised bus rules.

The new measure is designed to cope with the nation's new three-child policy. Previously, only one child riding with an adult was exempt from purchasing a ticket.

The new rule recently took effect and will soon be publicized on all local buses, the city's transport commission said on Tuesday.

Eating and drinking are forbidden on buses. Passengers are not allowed to make loud noises or use their phones' loudspeakers. These activities are also prohibited on local subways.

The new rules also prohibit passengers from taking pets and live poultry onto buses, except guide dogs and those that serve the army or police. Pungent smelling objects and inflated balloons are also forbidden, along with electric bikes and other electric transport equipment.