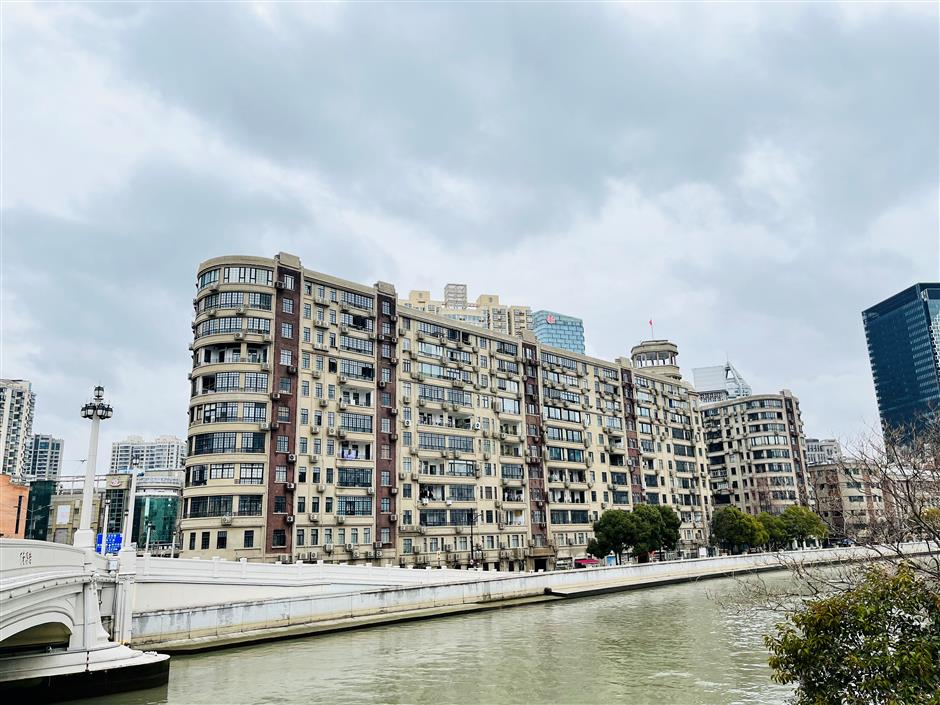 The refurbished Embankment Building along the Suzhou Creek.

The 85-year-old Embankment Building, dubbed the "No. 1 Apartment Building in the Far East," has finished a major renovation to restore its historical look.

Shanghai's earliest and largest river-view residence along the Suzhou Creek was built in 1935, financed by real estate tycoon Victor Sassoon. Its horizontal "S" design is consistent with the creek's curves and represents the "S" in Sassoon.

The facelift, initiated in late 2020, has repaired the historical structure, interior public areas and the surrounding environment, the Hongkou District government said on Wednesday.

The Embankment structure deteriorated over the years, posing safety risks. Shared kitchens and toilets built by residents to expand their limited living space were in disrepair as well. Many residents had to endure sewage pipeline jams and leakages.

To house more residents, the eight-story building had three additional floors added in 1978, which diminished its original style and splendor. 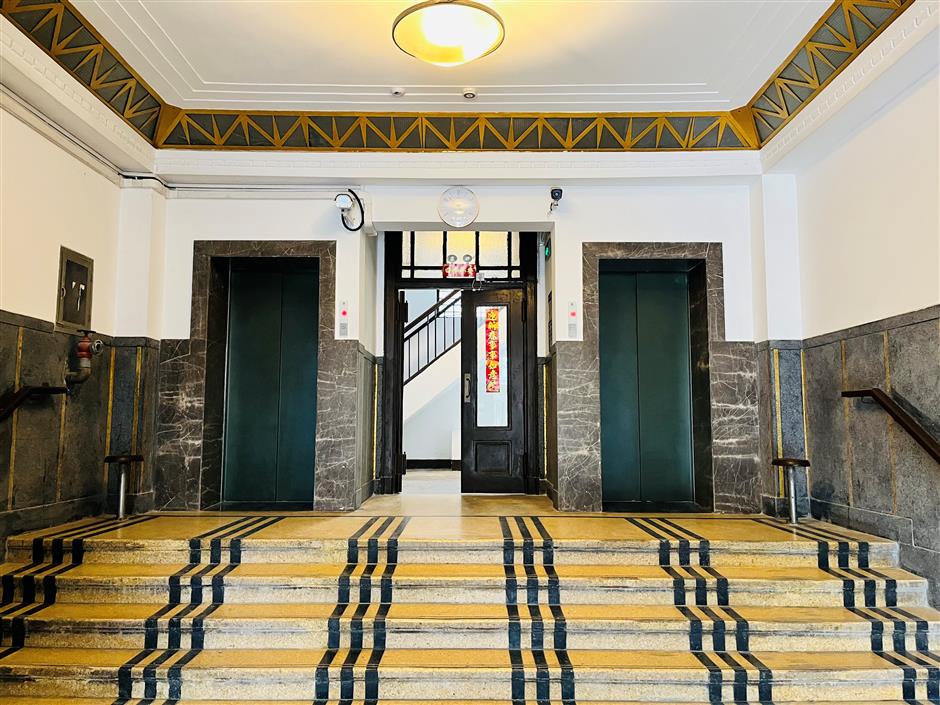 The building lobby's geometric patterns and detailed carvings are representative of the Art Deco style.

The outside walls of the building have been repaired, along with its shared kitchens and bathrooms, water pipes and elevators. A pocket garden near the building has also been refurbished. The seven old elevators, which often malfunctioned, have all been replaced.

The project's aim was to bring back the building's former glory, eliminate safety hazards and restore the structure's original design, according to the housing authority of Hongkou.

The building's architectural and historical value qualified it for the second batch of city-level protected buildings. It has become a key attraction in the downtown section of the creek, where continuous creekside pathways have been developed.

Sassoon demolished the alley community on Beisuzhou Road that was financed by his company in 1887, and replaced it with an eight-story apartment building – The Embankment – the largest in the city at the time.

One of the few fancy buildings with a view of the creek, it was equipped with eight entrances, seven staircases, elevators, a heating system, a swimming pool and more than 700 rooms, most rented to foreigners. 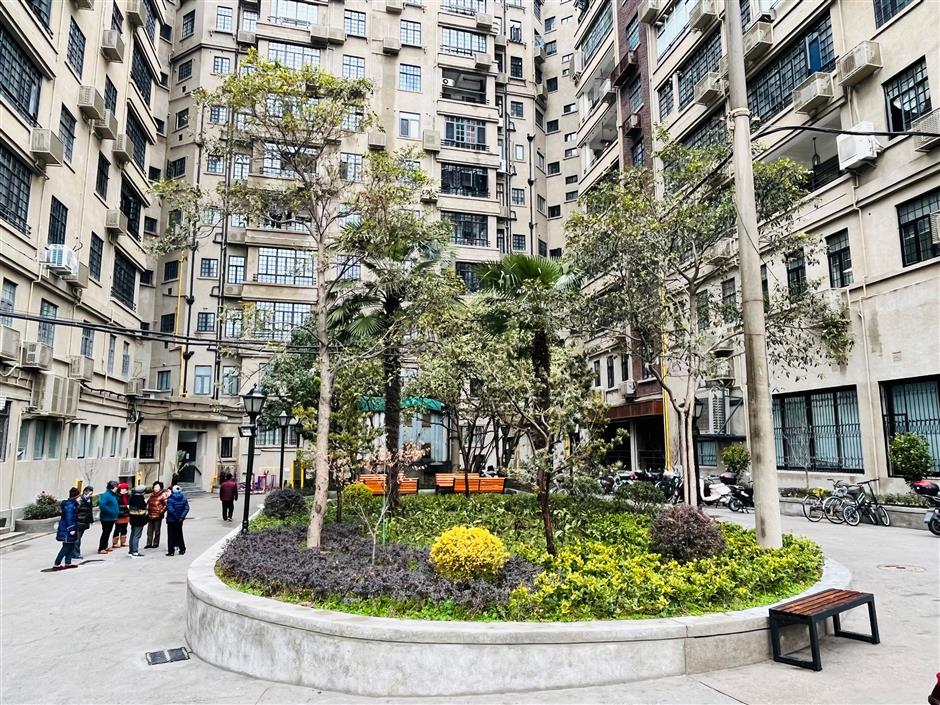 Residents gather at a pocket garden beside the building after the renovation.

The lobby's geometric patterns and detailed carvings are representative of the Art Deco style that was popular at the time.

In 1938, many Jewish people fleeing Europe during World War II settled in Shanghai. Since most of the expats moved out of the building after the Songhu Battle broke out in 1937, Sassoon, who was a Jew, used the vacated building to house refugees until they resettled in Hongkou's Tilanqiao neighborhood a year later.

The Embankment was also the Kuomintang Party army's last major fortress in Shanghai during the Liberation War (1946-49).

After 1949, the apartments were redistributed, mostly to teachers, researchers and government employees.

Many popular movies and TV series have been filmed in the building. It recently attracted public attention when the popular television drama "Nothing But 30" was shot there. Many descendants of the building's original residents still live there. 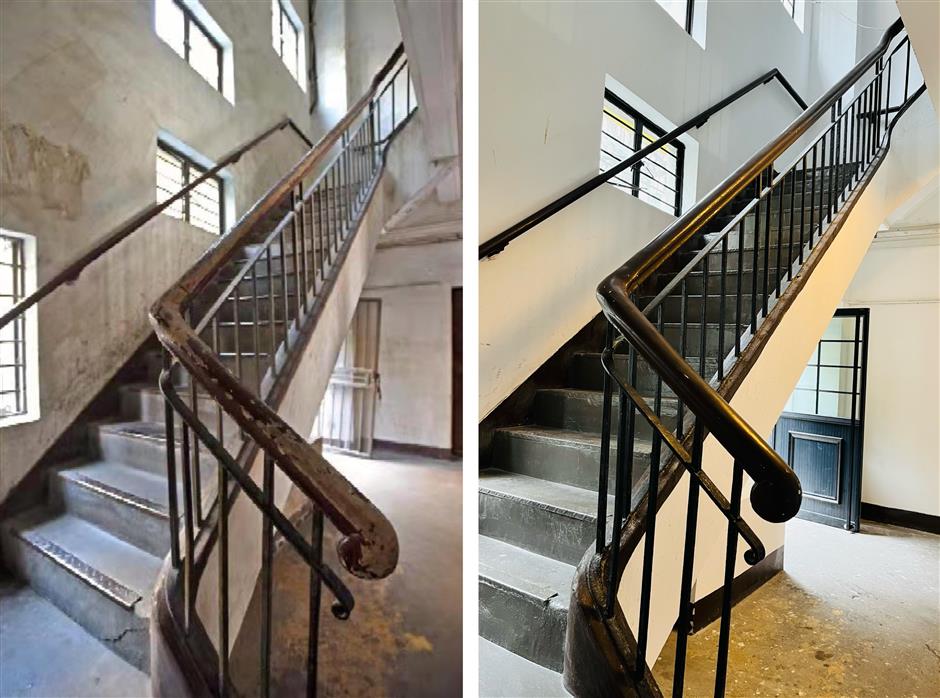 A comparison of the refurbished staircase (right) and the old one. 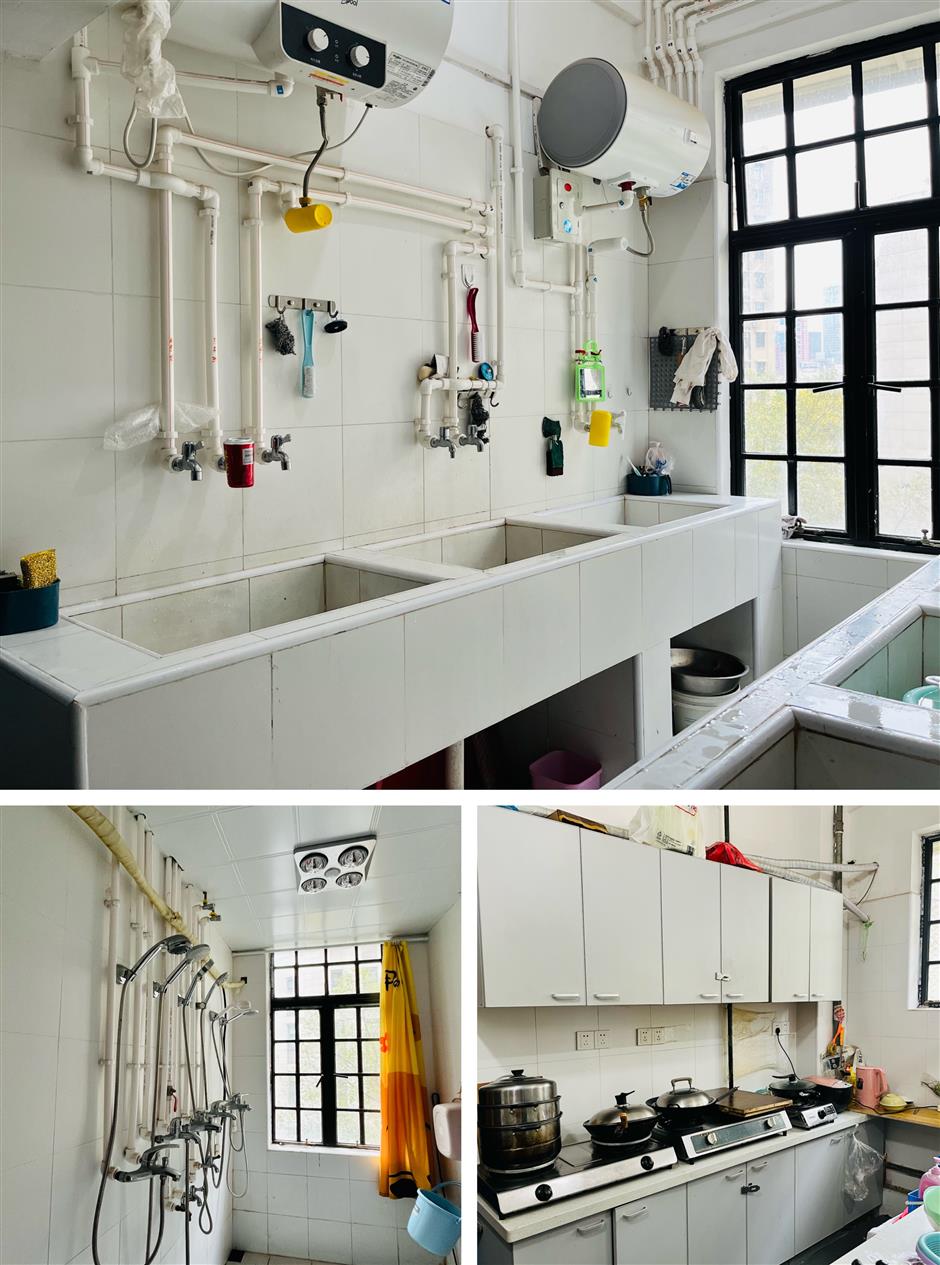 The renovated public kitchen and bathroom. 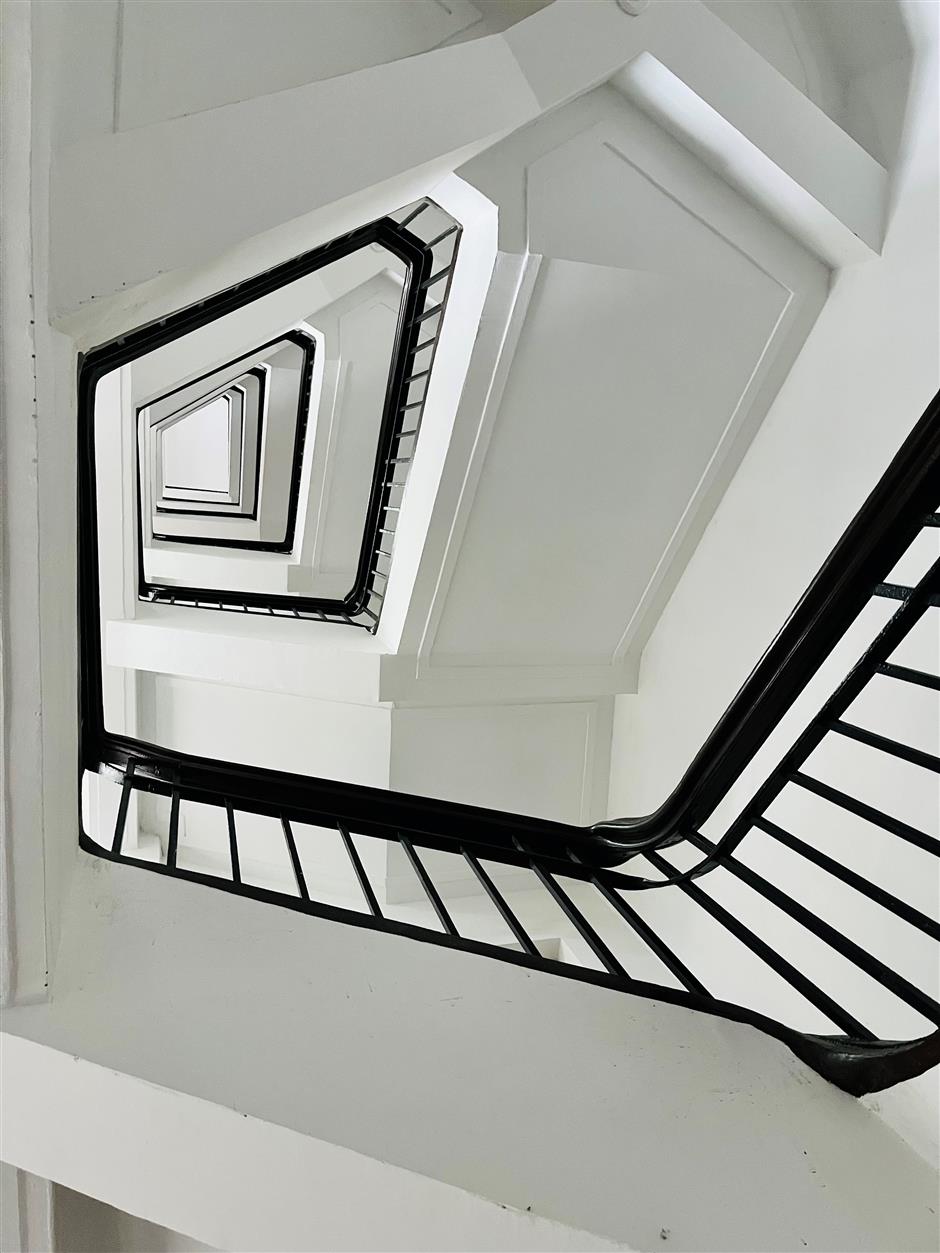 The stairway has been restored to its original look.