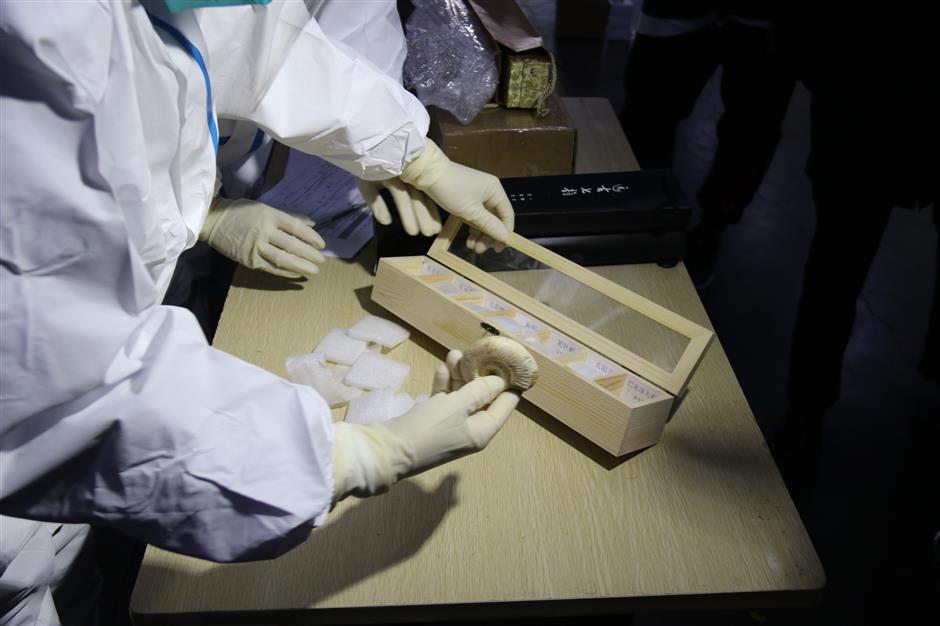 A batch of ancient fossils has been seized by Shanghai Customs

A group of ancient marine fossils has been seized by Shanghai Customs, its officers said on Friday.

The exported goods consisting of seven stones were declared decorative plastic and put in seven grids, separately, in a wooden box.

Six of them have been identified as paleontological fossils by authorities.

The fossils have been sent to relevant departments for further disposal.

A customs official said that people or institutions who want to export fossils should submit an application to the local department of land and resources with a list and photos.

The application should include the applicant's basic information, the destination of the fossils, the purpose of the export and the time of exit.

To apply for the exit of fossils under special protection, the applicant should also provide the information of the foreign partner and the cooperative scientific research or exhibition contract, as well as the emergency protection plan, protection means, insurance certificate and other materials related to the fossil.