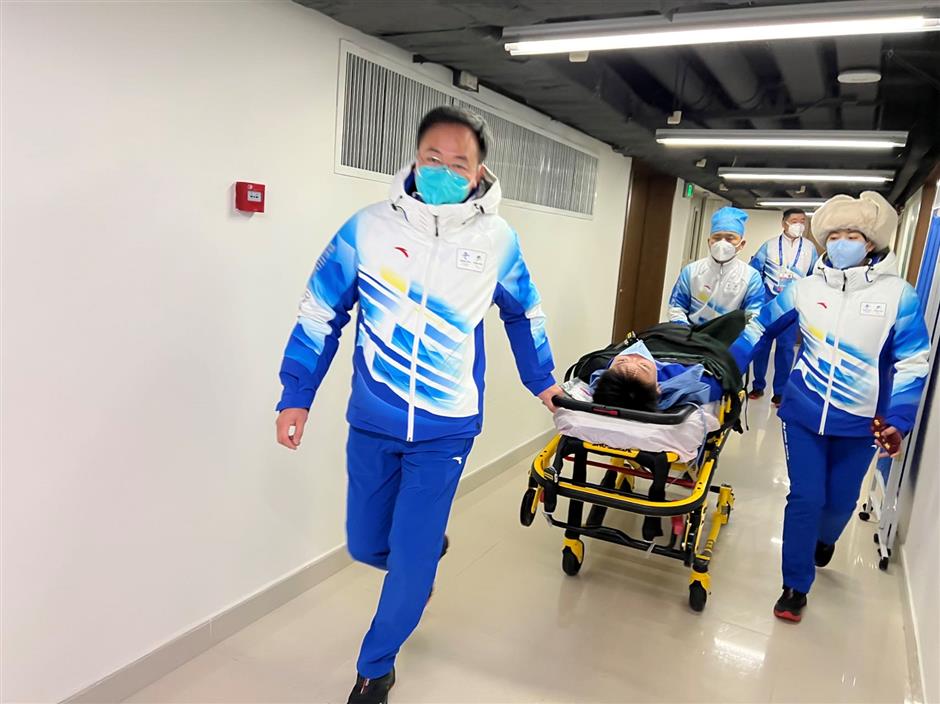 Providing assistance to Canada's pair figure skating athletes who collided with the Italian team during training will be an unforgettable experience for Shanghai doctor, Lin Yi, who is serving as a medical volunteer at the Beijing 2022 Winter Olympics.

"Our team members rushed to them as soon as they crashed," Lin said.

"After the treatment, the athletes successfully finished the competition."

This is only a glimpse of the work being done by volunteer doctors at the Beijing Olympic stadiums.

Including Lin, a total of three cardiologists from Shanghai DeltaHealth Hospital, now are serving as medical volunteers at the Beijing 2022 Winter Olympics.

Lin is a thoracic surgeon, who is also a big fan of winter sports games.

The medical support work for the winter games has been separated into two parts, inside and outside the closed-loop areas.

He is now taking the inside shift in the National Indoor Stadium, which is mainly for figure skating athletes. 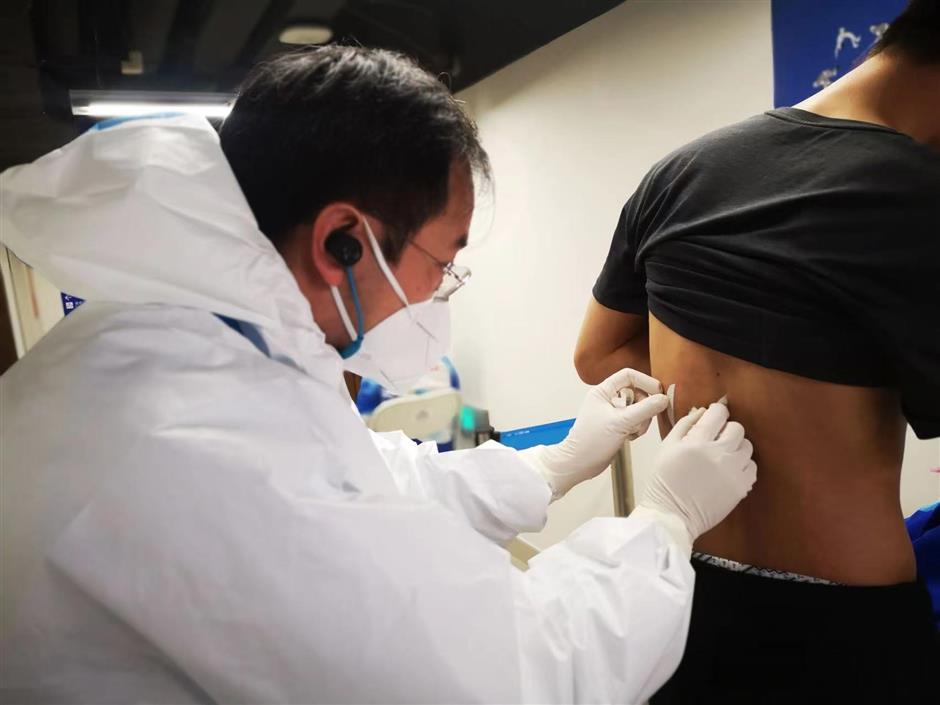 Dr Lin Yi takes care of an injured man at the National Indoor Stadium on Saturday. 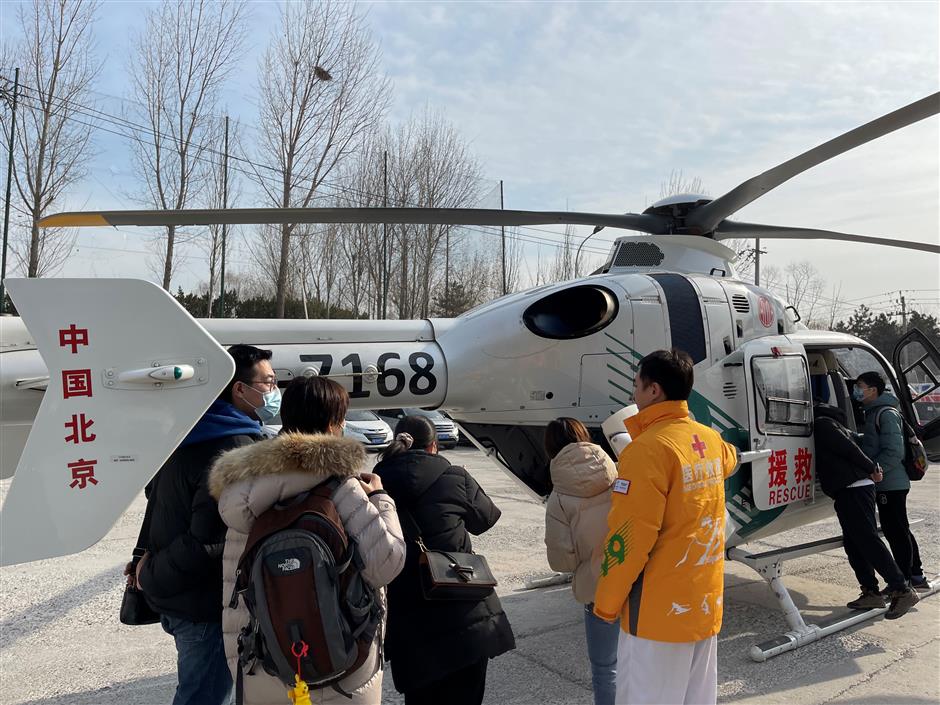 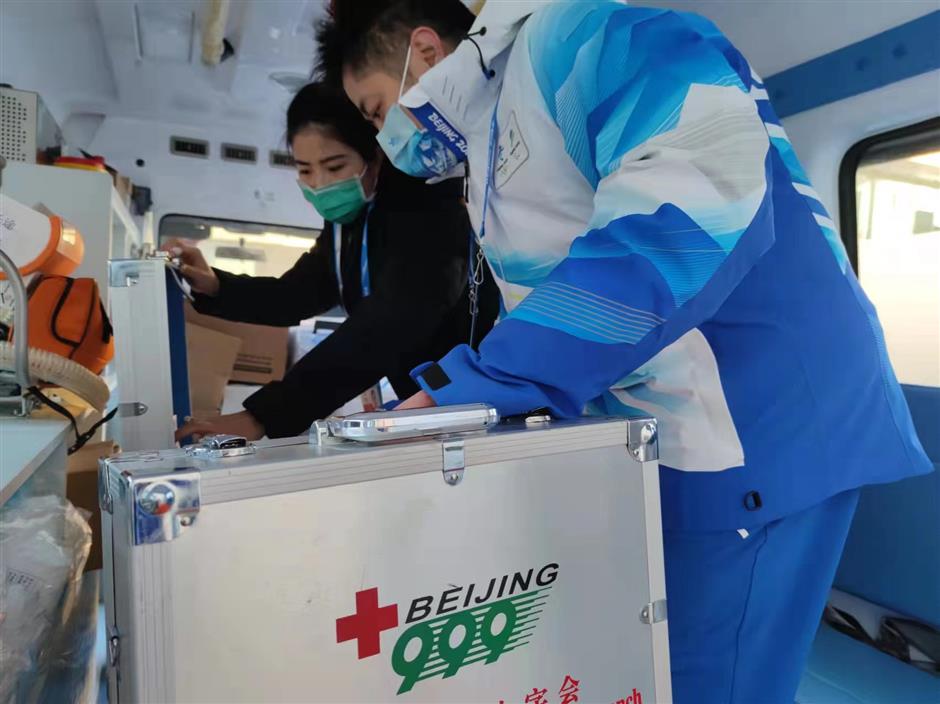 Dr Huang Shixuan, who is from Taiwan, was assigned to provide medical services outside the closed-loop system.

"Our main work is to offer medical help to the staff members and spectators at the Wukesong Sports Center amid the winter games season," Huang said. "As for now, no serious injury has happened."

He said that during his shift, only minor cases, such as headaches, dizziness and skin damages have occurred.

Born in Taiwan and having spent his childhood there, Huang enrolled at the Peking University Health Science Center in 2006 and then recruited at Shanghai Medical College Fudan University in 2013 for postgraduate study. He now works as a cardiologist in the DeltaHealth hospital.

The medical teams on site consist of doctors and nurses of different specialties.

"The medical team was fully prepared before the winter games started," doctor Lin added. "We arrived in Beijing on January 13 and came to the competition sites on January 23."

They completed online training courses and a 10-day on-site drill before the winter games started.

Lang Qun, a post-90s graduate and the youngest of the three, is also serving as a inside closed-loop staff member in the National Indoor Stadium. He has taken care of a positive COVID-19 case transfer.

The COVID-19 situation also brought more difficulties for everyone who contributes to the event, for the three doctors, it means more nucleic acid tests.

Because of COVID-19 pandemic, all the three doctors did not attend reunions with their families during the Spring Festival season.

"To serve at the Olympics is a rare opportunity for me, as Beijing is the only city in the world to have held both summer and winter Olympic Games," said Lin. "I am so honored to be one of the team because I'm a witness of how well China can hold such an event."

Huang added: "I used to study in Beijing, and it is really good to come back again as an Olympic medical volunteer. I can see our country has achieved a lot of internationalization". 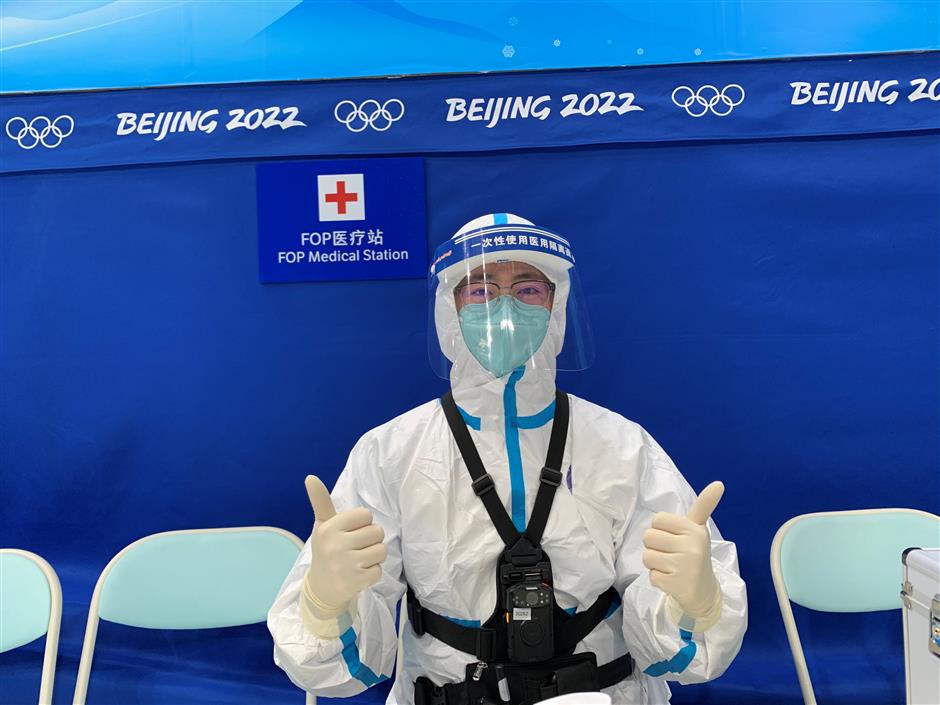