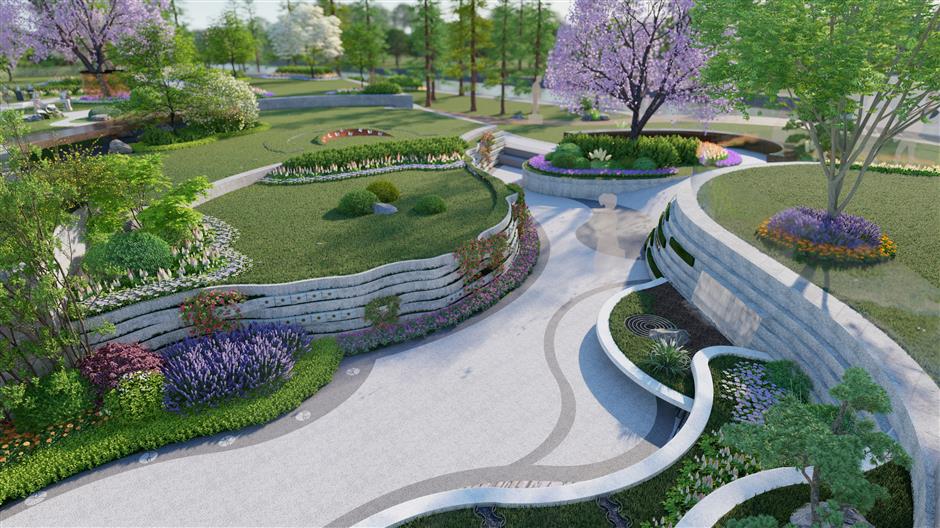 The virtual memorial park of Fushouyuan Cemetery based in suburban Qingpu District.

Virtual memorial parks are being created by Shanghai's cemeteries for the first time to provide spiritual comfort for residents who are under lockdown or won't be able to visit tombs in person for the upcoming Qingming Festival due to the resurgence of the COVID-19 pandemic.

The virtual memorial parks replicate the real ones to a high degree but incorporate more functions with a real virtual interaction.

The first one of its kind in the nation was created by Fushouyuan Cemetery based in suburban Qingpu District recently.

It simulates the scene of a real park with lush greenery and flying birds.

In the virtual world, people can plant greenery and flowers in front of the gravestone of their late beloved, change the climate of the area, and even raise a pet to accompany the departed souls.

Via replica technologies, the voice and appearance of the dead can be saved in space, and people can log onto the virtual world anytime and have simple "dialogue" with their departed relatives.

People can follow traditional rituals such as tea serving and willow picking to signify departure at the park to pay tribute to their late family members.

In the future, they can choose relief sculpture tombstones with an artistic and ecological design for their family members in the virtual world. 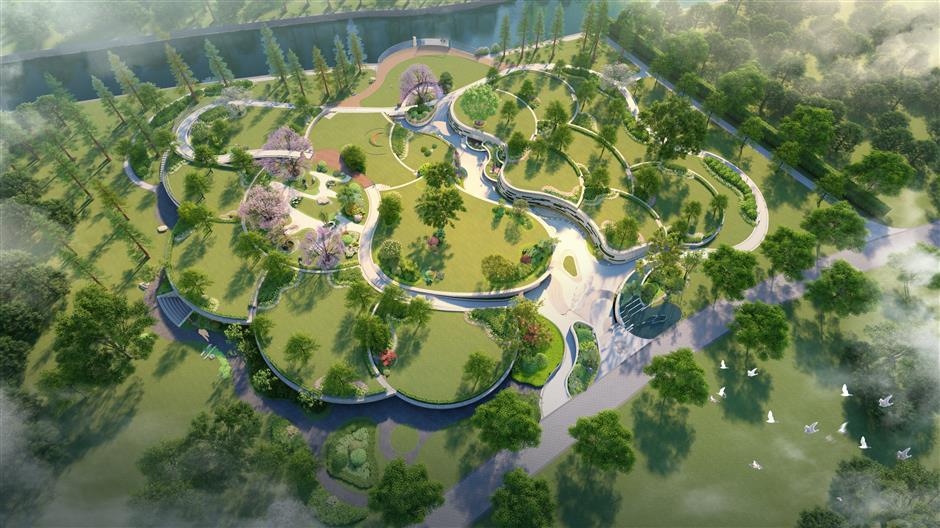 A view of the virtual memorial park.

The COVID-19 pandemic has changed how people pay tributes to their ancestors to some extent.

Current services by city cemeteries include livestreaming of staffers sweeping tombs for families who cannot pay a visit, and online mourning to prevent gatherings amid the pandemic.

Old photos and memoirs of the departed are uploaded, and family members are able to light candles, lay flowers, edit the biographical details of their relatives, and offer virtual sacrifices and commemorative items online.

"These services are being increasingly accepted by city residents," revealed Yu Hao, who is in charge of the Fushouyuan Cemetery digital platform.

"But technologies can not satisfy the spiritual need of tomb sweepers if tomb sweeping is just a thing of clicks, thus we are making efforts to improve the online memorial process."

In the virtual world, people can make and upload micro videos of their ancestors, and read their life experiences.

It is also like a family tree for descendants, Yu added.

"It sounds like a good replacement during the pandemic," said local resident Liu Xia, who has decided to postpone her family's tomb sweeping visits due to the current surge of COVID-19 cases in Shanghai.

"I am willing to have a try and visit the tomb later when the outbreak eases because tomb sweeping is an important tradition for Chinese."

This year's Qingming Festival, a traditional time for Chinese people to pay respects to their ancestors, falls on April 5.

Local civil affairs authorities have called on residents to choose an alternative method to remember their deceased ancestors during the ongoing key COVID-19 prevention and control period.