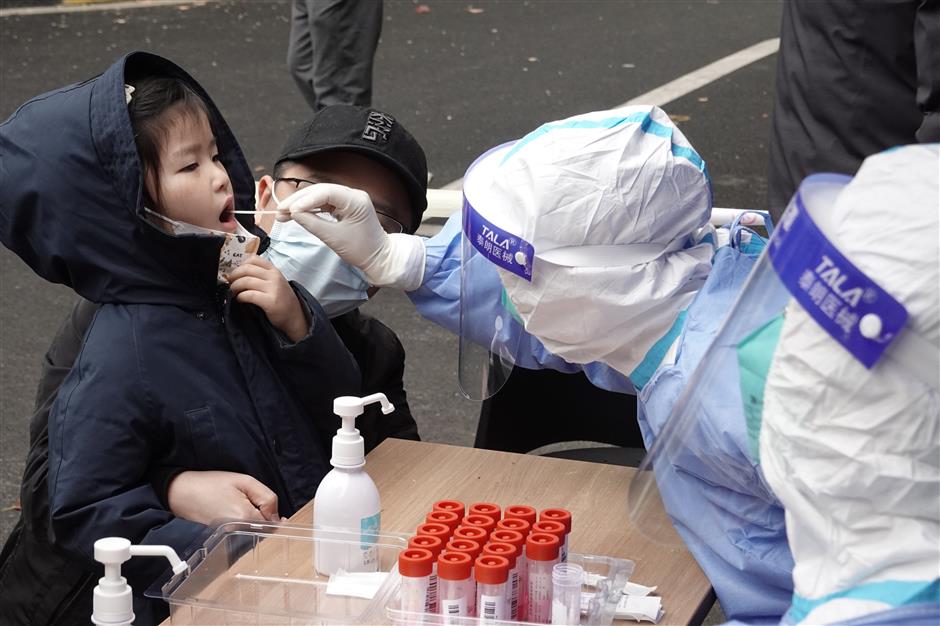 A child takes a nucleic acid test in Shanghai during the city's massive COVID-19 screening.

Two indoor stadiums in Shanghai – one in Minhang District and the other in suburban Jiading District – are under renovation to become central quarantine sites for the city's surging COVID-19 cases, according to the Shanghai Health Commission.

They are being renovated to house positive cases with mild symptoms and asymptomatic infections, said Wu Jinglei, director of the commission.

"The city has made work plans and resource reservations to build or convert eligible sites, such as stadiums and conference centers, into central quarantine sites for asymptomatic cases and those with mild symptoms," Wu told a press briefing on Wednesday.

Currently, most of the locally transmitted and imported COVID-19 cases and asymptomatic infections are under quarantined treatment at the Shanghai Public Health Clinical Center, the city's designated hospital for COVID-19 patients, in suburban Jinshan District.

According to China's latest edition of the "Diagnosis and Treatment Protocol for Novel Coronavirus Pneumonia," confirmed COVID-19 cases with mild symptoms can be put under central quarantine at designated sites. They will be moved to designated hospitals only if their condition gets worse.

Meanwhile, local secondary contacts of positive COVID-19 cases, or the contacts of the "close contacts," will be allowed to have two weeks of quarantine at home if conditions allow, Wu said. Five nucleic acid tests will be conducted during the lockdown period. 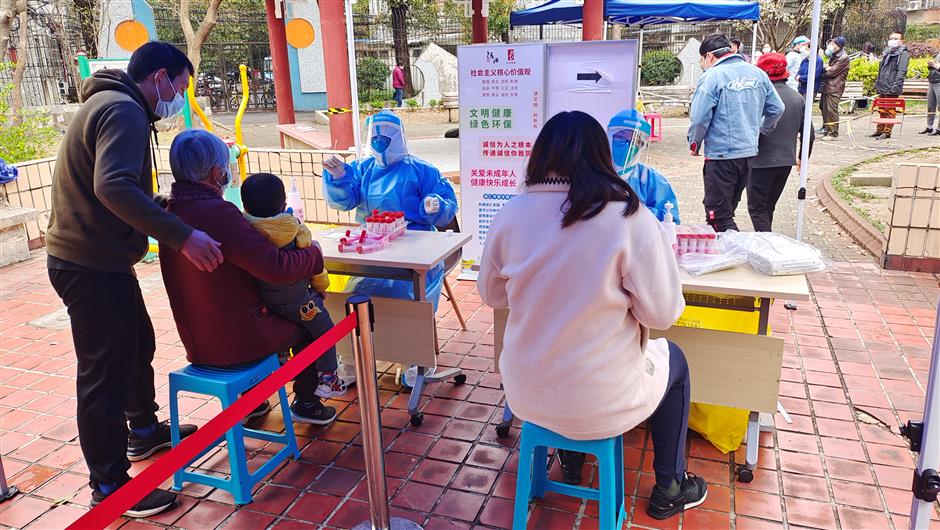 Residents line up to receive PCR testing at a local community.

"They must have fixed accommodations in Shanghai and live alone or with family members in a separate apartment," he noted. Otherwise, they will still undergo a central quarantine for seven days, followed by another week of home quarantine.

The close contacts of the positive cases will remain centrally quarantined for 14 days along with another week of home quarantine. Seven PCR tests will be conducted.

Some local residents will receive another round of nucleic acid testing on Wednesday and Thursday, based on the results of the last massive "grid screenings," Wu said.

More than 30 million nucleic acid tests were conducted between Wednesday and Sunday, at both key subdistricts and towns, which have a higher risk of infection, and low-risk areas.

The screening between midnights of Wednesday and Thursday will be done step by step on a smaller scale, from key subdistricts and towns to neighborhoods and residential buildings, he added.

On Tuesday night local authorities dismissed a rumor saying Shanghai will be entirely locked down. The rumor circulating online said a citywide lockdown will be imposed in the city for seven days.

"We hope residents will not believe in or spread rumors, and the rumormongers who cause social panic will bear all legal consequences," Wu stressed. 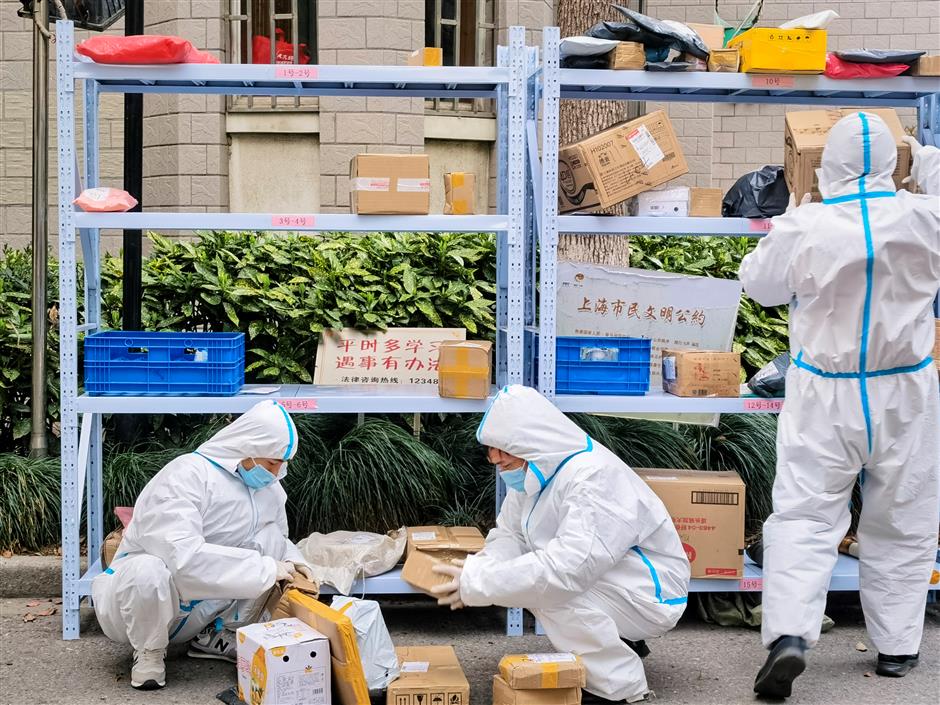 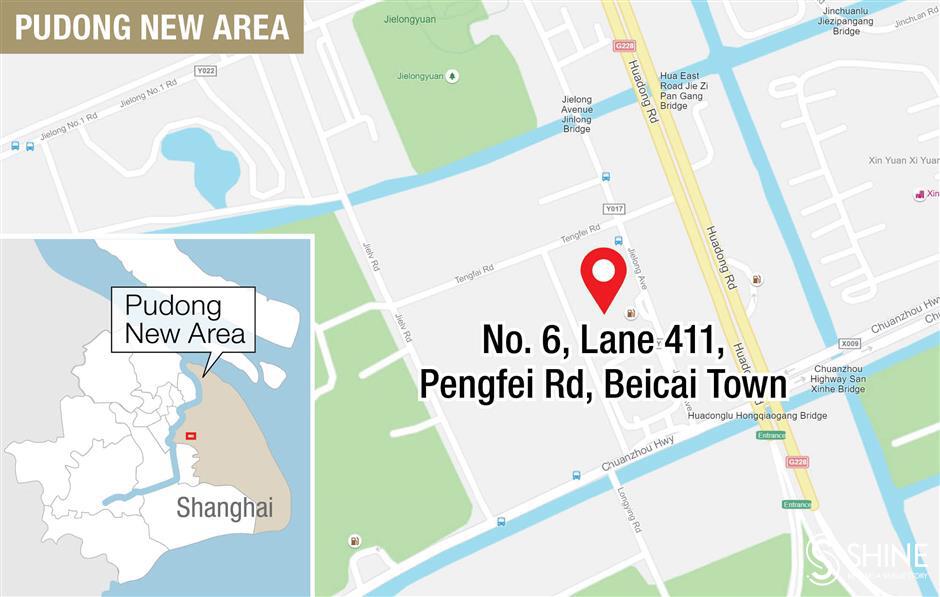 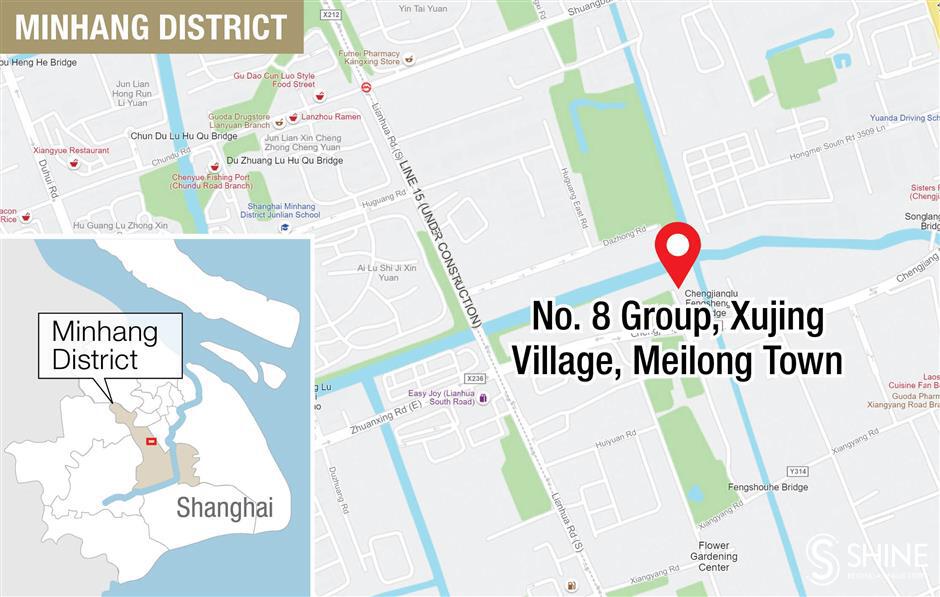 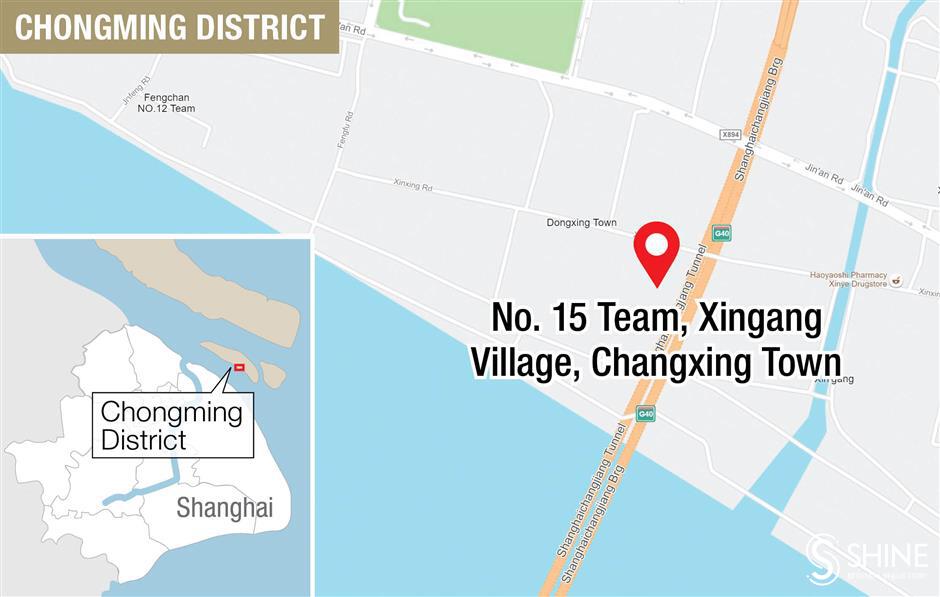 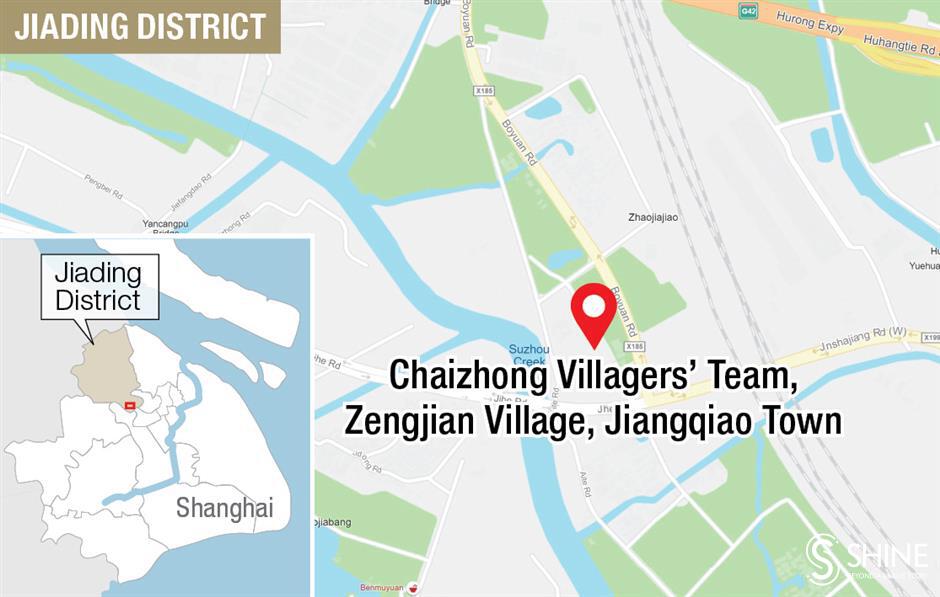 Four more areas in Shanghai are added to the medium risk list on Wednesday.

Shanghai reported four locally transmitted COVID-19 cases with mild symptoms and 977 local asymptomatic infections on Tuesday. All of them were detected during central quarantine or the city's ongoing massive screening.

Meanwhile, No. 6 of Lane 411, Pengfei Road of Beicai Town in the Pudong New Area; Chaizhong Villagers Group of Zengjian Village, Jiangqiao Town of Jiading; No. 8 Group of Xujing Village, Meilong Town of Minhang; and Team 15 of Xingang Village, Changxing Town in Chongming District have been elevated to medium-risk areas for COVID-19.

To cope with COVID-19, six subway stations in Jiading on Shanghai's Metro lines 13 and 14 have suspended operation from Wednesday.

Two shuttle bus lines have been opened along the suspended stations for the convenience of nearby residents, according to Li Feng, deputy director of Jiading.

Police officers and volunteers will offer guidance and maintain order around the closed subway stations, Li added, noting that a large number of infections have been detected in the suburban district during the recent screening.

The district government is coordinating resources to ensure necessities for residents under lockdown, he revealed.

Over 1,500 special passes, for instance, have been issued to employees of wet markets, supermarkets, e-commerce platforms and courier firms at quarantined communities to allow them to return to their workplaces.

Some district-owned companies are required to prepare vegetable packs for residents under lockdown,which they can order. More than 13,000 such packs have been ordered within three days, Li stated. 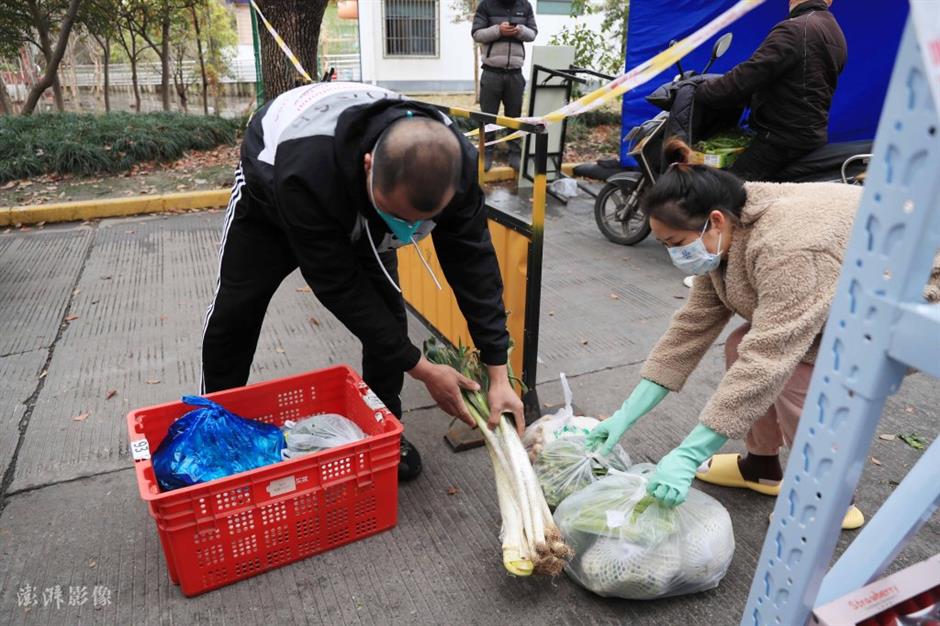 A resident at a medium-risk community in the Pudong New Area receives vegetables and other necessities.

The trend and distribution of local COVID-19 cases in Shanghai since March 1.